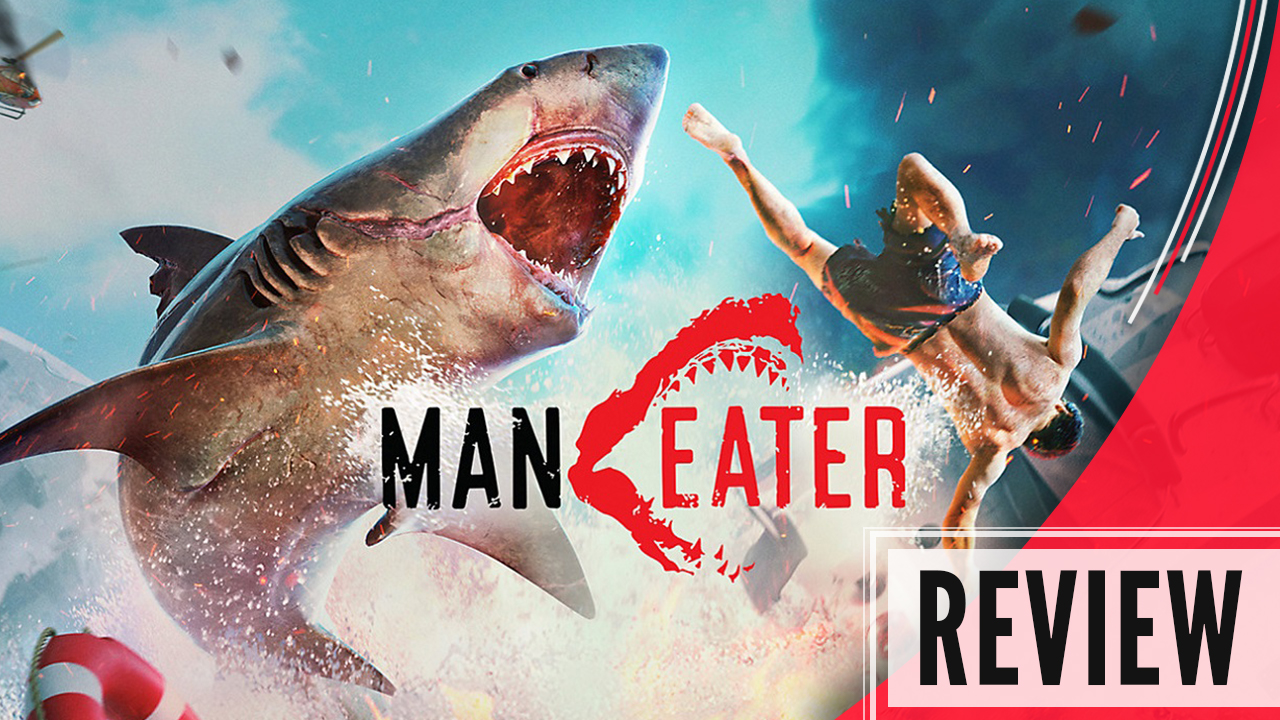 Maneater is a shark simulator/RPG game where you just chomp every living creature you see to become the biggest and baddest shark in the seven seas. The game is developed and published by Tripwire Interactive. The game is currently on PC (Epic store), Xbox, and Playstation 4/5. The game will later in 2021 come out for the Nintendo Switch and on PC in the steam store. I did play both the Playstation 4 and 5 versions for this review.

The goal of the game is to grow into a Mega Shark and get revenge on some evil fisherman that sliced you up when you are a mini shark. And the game is honestly really awesome. So you basically keep doing some goals like eating specific fish, chomp on some beachgoers or take down other predatory water creatures like crocodiles. After you get enough things done an Apex beast will spawn for you to take down. The game is so simple but so much fun.

Besides that there are also a bunch of collectibles per area, those can be a street sign that shows you a cool easter egg, license plates, or crates that give you upgrade points. Getting all these collectables sounded like a massive chore in the beginning but when I finally started playing it was not bad at all. Just going around as a shark is so much fun that you don’t really notice how many there actually are.

There are also modifications you can give your shark that makes you look cool but also give you some powers or increase your stats. Those dont seem usefull at first but when you get to the end of the game they can make things like the final boss a breeze to do.

On both versions on Playstation the game looks amazing. The style isn’t realistic but it isn’t cartoony either, it’s the perfect amount in between for this type of game. Only some of the human characters did look a bit strange sometimes, especially some of the hunters that come after you.

I had 0 issues on the PlayStation 5 version with the game. But on the Playstation 4 version (That I played on ps5) I had around 6/7 crashes happening throughout the game, but during the boss fight, every time I died the game crashed as well. I have no idea if that was also an issue on ps5 because I got so good that I didn’t die 1 time (and I had the right modifications that time).

Sadly when you have gotten the collectibles and just completed the game there is 0 to do in the game, so there is no real reason to replay the game again because it might get boring after you already did everything 1 time. But on PlayStation, you are able to get the platinum for both ps4 and ps5.

The story is kinda minimalistic but the story parts that are there are really cool and fun to look at for 1 time. The story is about a hunter that captures you but you are too small, so he marks you so he can get you later when you are bigger. but during your escape, you bite off his hand. so you want revenge for giving you that mark and he wants it for his hand….. and later in the story for even more.

There is really nothing much to the story other than the guy trying to defeat you a few times and checking up on his plan how he wants to do it. it would have been great if there were some more cutscenes with other people in there like the minibosses but nope.

Chomping everything down as a shark is extremely fun when you get it for the right price. The game is about 9 to 12 hours to 100% but the game is fun for all those hours you spend with it. 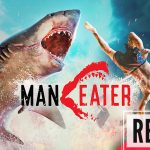