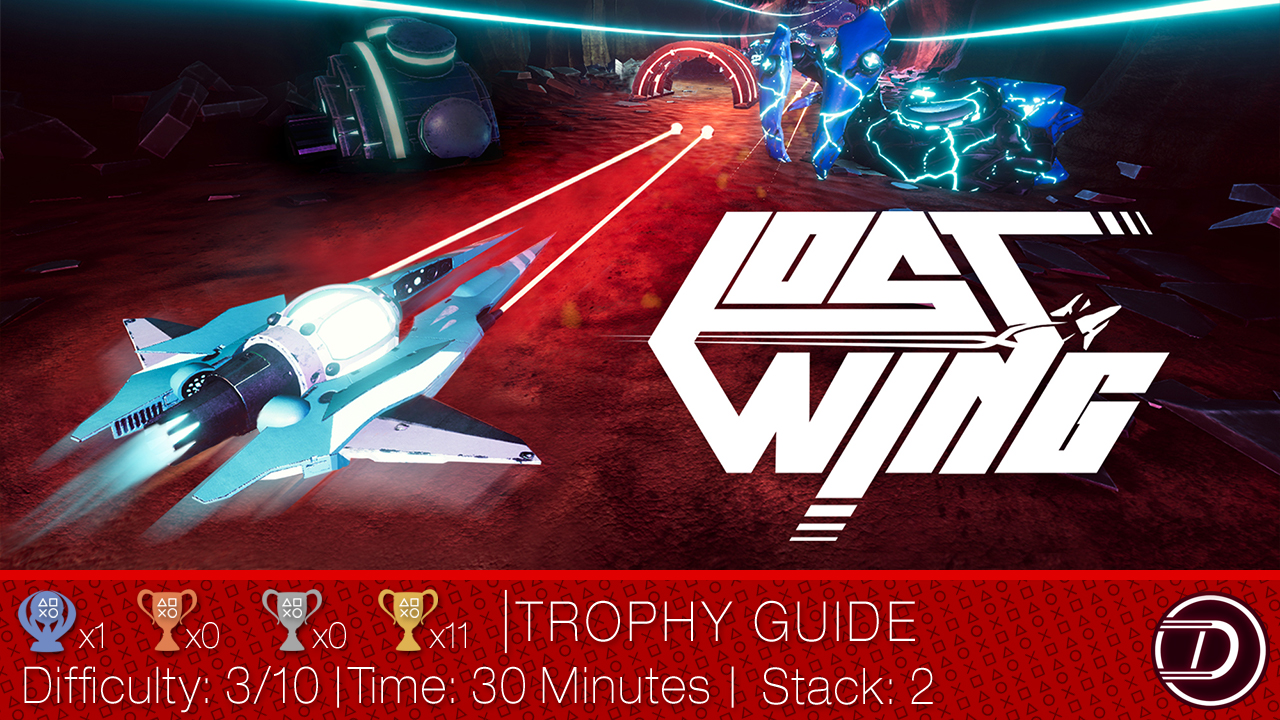 The best tip I can give for this is to not boost all the time. You will be tempted to be boosting the whole game, but that is not necessarily the best thing to do. Take your time on some areas, as the obstacles can come thick and fast.

If you are interested in checking out some gameplay first feel free to check out my first playthrough below.

One of the simplest trophies you will find. When you start out simply crash into any obstacle and this trophy will be yours.

You cannot fail the Tutorial, so simply let it play out and at the end you will not only know how to play the game, but you will also have a shiny trophy.

You shoot with the

and this trophy will come within minutes of starting the game. Remember the powerup orbs to keep you boost and fire active as trained during the Tutorial and you will have no issues getting this naturally.

A checkpoint is coloured in purple and will normally have two 8K points bonus at the start of it. For this trophy you simply need to arrive at the first one without being hit by anything.
There are 3 checkpoints within the first track.

Most probably obtained without even trying, as you can lose a wing by hitting an obstacle slightly on one side.
If you do not achieve this naturally you will need to line yourself up slightly to the side of an obstacle and fly into it.

You will achieve this in no time, as there are plenty of obstacles within the first area.
You do have to charge your Machinegun by collecting the orbs as instructed in the Tutorial.

There is a boss in the first area “Campaign: Industrial” and it will appear around the 700-800K mark and with the latest patch installed on the Asian Versions you no longer have to defeat the boss to obtain this trophy; in fact, as the description says, you only have to fight it. Unfortunately however you will still need to defeat it on the EU/NA Versions of the game.
This has made the trophy requirements a lot easier for those able to get the Asian Versions.

If you are interested in defeating the boss, then check out the video below and watch the patterns for some tips –

There are 2 ways of achieving this, as the game forces this upon you during your run & you can collect a powerup that also flips the track.
It is advised to let this play out naturally, as playing upside down too many times is not advised due the weird controls it gives you.
Prior to being forced upside down the game will give you a warning and then the screen will rotate 360° giving you the feeling that your controls are the wrong way round.

Easily achieved by destroying obstacles and collecting the numbered powerups.
This is not a difficult task and you will obtain this without even trying.

Once your ship reaches Level 2 you unlock a new “Skin” that is red and this can be changed on the main screen. As soon as you click on “SKIN” for the first time after reaching Level 2 the trophy will pop.

A bomb is used by pressing

and you have limited supplies of these. You will most probably earn this during the Tutorial, but it can also be obtained during the main faze of the game. You start each game with one bomb and more can be obtained by pickups.