Pre-Registration Now Open for the United States and the United Kingdom; Prepare Your Esper for a One-of-a-Kind Audiovisual Odyssey Where Diverse Pop-Fantasy Aesthetics Know No Bounds 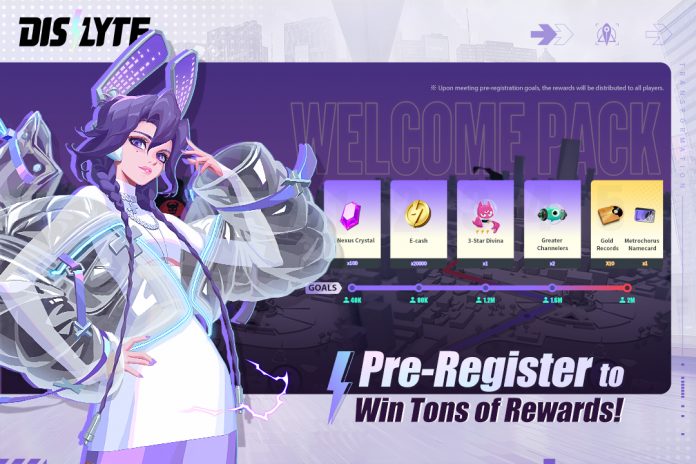 Lilith Games, the prolific publisher of such titles as AFK Arena and Rise of Kingdoms: Lost Crusade, is thrilled to announce today that Dislyte, an all-new gritty turn-based RPG, is preparing for its next Dislyte Open Beta launch on iOS and Android mobile devices on May 10, 2022. Dislyte is currently accepting pre-registrations via both the App Store and Google Play to USA and UK players. Pre-registration prior to May 10th awards players with loads of in-game rewards not otherwise available.

Dislyte features a roster of characters called “Espers,” all of whom are inspired by various ancient mythic deities, including Greek, Chinese, Norse, and Egyptian. Marrying the game’s diverse range of characters and culturally influenced aesthetics and fashion, Dislyte’s engaging gameplay is enhanced by an electrifying techno-pop soundtrack.

Pre-Register for Dislyte on the App Store and Google Play:

The year is 2027, and evil freely roams the streets in the realm of Dislyte. Danger lurks in the shadows, shying away from the bright city lights. Our heroes, who obtain divine power from Gods across the world’s various mythologies, must rise and answer the call to defend humanity from its greatest threat.

It didn’t begin that way, though; civilization in 2027 ushered in a new lifestyle after humanity faced the reality of Miracles. These Miracles blinked into existence across the world, their arrival awakening Miramon, an ancient and malevolent God whose only goal is to wreak havoc and usher destruction. Certain individuals sensitive to the Miracles absorbed their power, developing new god-like abilities based on deities like Odin, Hermes, Medusa, Loki, and more. These individuals, known as Espers, are the only ones capable of defeating the great tyrant Miramon.

Dislyte’s trendy, urban setting and interwoven storyline make the tactical in-game combat that much more exciting; players build a team of five beautifully 3D rendered heroes, each of whom possesses their own abilities and powers. Using classic turn-based gameplay, players engage enemies and other threats to the beat of trance-inducing tunes, creating battles that are not only fiendishly difficult but also smooth and immersive. With the in-game arena, players are able to practice their skills by competing against fellow Espers. For those looking for a more relaxed gameplayer experience, Dislyte features an automated battle sequence, meaning the game screen can be minimized during this time, allowing players to do other things on their mobile devices