Probably the best game of the year contender so far 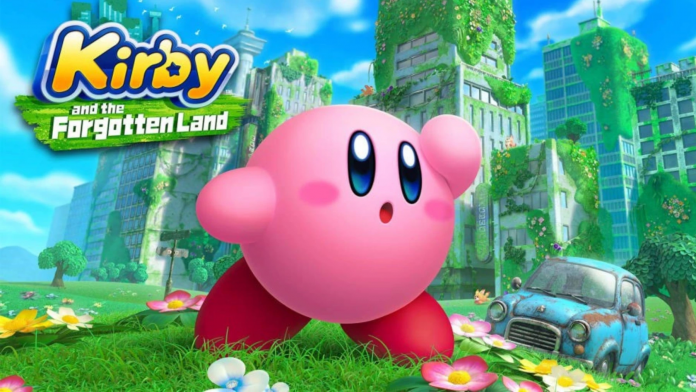 As the 1st Kirby game fully 3D on the Nintendo Switch is this probably the most perfect game you could ask for. It perfectly implements the classic Kirby gameplay loop but not in 2D like most of its predecessors and it just feels like this is a perfect game to bring a ton of new people in that are not a fan of the old side-scrolling type of games.

As someone who has not played a Kirby game since the DS era, this feels like the game is almost exactly the same game in the ways I loved those. At the same time, it feels like something I never played before as well, knowing Kirby more as the cute pink ball-eating characters in Super Smash Bros and taking their power, Kirby And The Forgotten Land feels like an old friend you revisit.

Kirby is just so much fun to play as, due to the different characters you can suck up and steal powers from, it just doesn’t get boring because if you do get bored by 1 power you can just suck up another and continue. My personal favorite was the fire power, when upgraded, it just felt like nothing could touch me and I would burn every enemy in sight and a plus, you are transformed into a cool pink little dragon.

With about 12 different powers also comes a few unique “mouthful modes” which range from a car that everyone lovingly named Carby, a pilon, a circle, water, and more. These mouthful modes really change up the game because they are needed to find both collectibles but also to continue on in the levels. These mouthful modes really shine in the game because it brings so much more character to its story but also it evolves Kirby with these real live objects that he uses.

Visually the game is amazing, it’s bright and colorful but also dark and gritty when it needs to be to amp up the excitement for boss battles and the final fight. Compared to Pokemon Legends: Arceus, the game looks a lot better in world-building and the surrounding area, but I guess that that is due to the smaller area that Kirby needs to load in. Everything just feels smooth and has such nice graphics.

The music is probably one of the best of its kind, it has that classic Kirby feel while feeling modern at the same time. Every time a new tune starts you can’t do anything other than just get hyped up and more excited to play the game.

The story of Kirby is amazing, it starts off with some kind of wormhole that sucks up Kirby and parts of its world and characters and puts them in the world as we know it. Kirby is tasked to free all the Waddle Dee’s and build up a little city where they can live in peace.

During your adventure, you will be met with some new and old foes that try to stop you and keep the Waddle Dee’s for themselves. You will visit some cool places that are inspired by real-world places like a Theme Park, a desert, plainlands, ice lands, and a city.

Kirby And The Forgotten Land might be the best Kirby game ever created, it has its typical Kirby style but with a 3D change that makes it just so much more fun to explore the world of, well, technically not Kirby but a dimension of Kirby. The game has some great visuals for Nintendo Switch standards and fun that just never gets boring.Kirby And The Forgotten Land Review