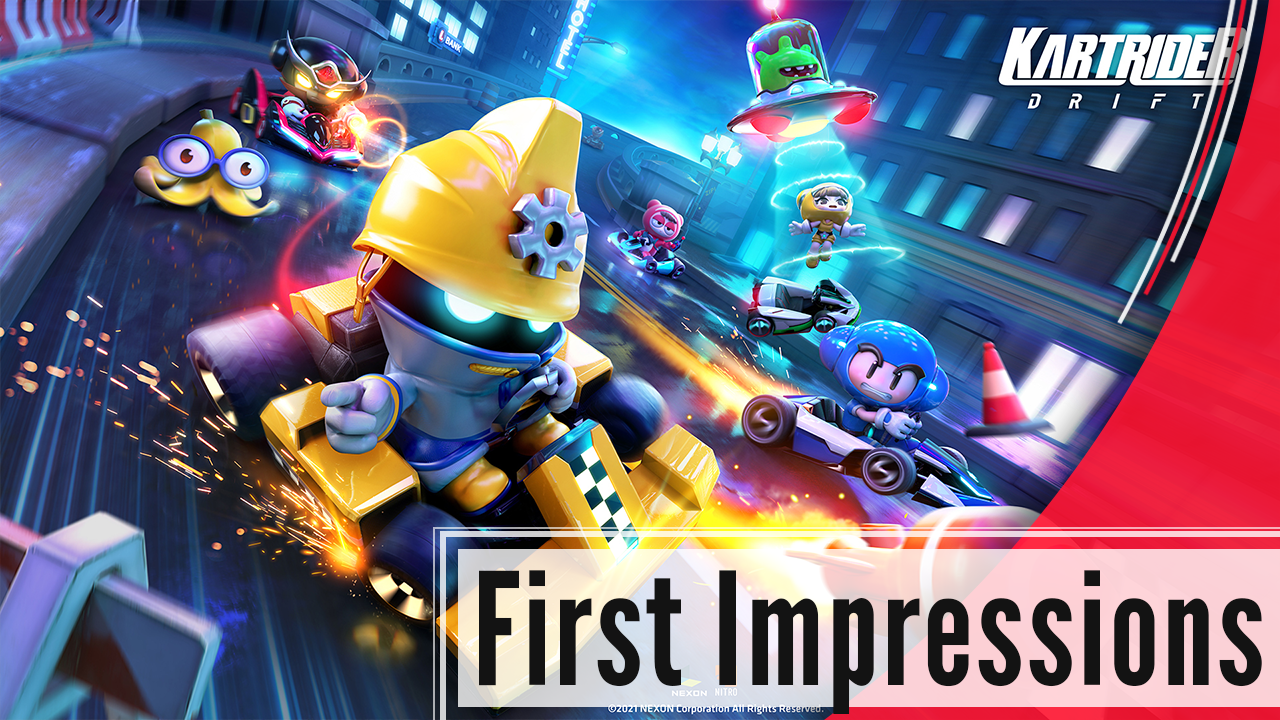 KartRiders: Drift is at the time of writing in beta, so if you wanna play, please sign up HERE. The game will be coming out on Playstation 4, Xbox One, Steam, and the Nexon Launcher somewhere in 2022. Developed by NEXON Korea and published by Nexon.

Note: Because this is still a beta and it’s a first impressions post, I will not be giving a score to the game until fully released.

First announced on E3 2019, this game is something I’ve had my eye on for a while, and when I got an email to jump on this beta I jumped up with hype. But did that hype keep up during the game? Well honestly, I would say not at the moment, from the moment I booted up the game it started slowing down for me and I started noticing some of the downsides of the game, 1 being I was unable to play it for the 1st 2 days because it kept saying maintenance + the linking of Xbox and Nexon accounts not fully working. But for both things, I found a workaround, so at least I could still play the game.

So I was unable to even search for matches after I did the tutorial because of some random errors. So I had to invite a friend, but when he accepted an invite, instead of joining my party, it automatically send an invite to me without being able for him to join me. Then I joined his party, still unable to search for a match…… well, then he could make me party leader I was finally able to search for a match. If I wasn’t going to write this I would have dropped the game already before trying out these things. But of course, it’s a beta, so I hope this will be fixed in the full release.

Did things improve when we finally were able to play the game? a little bit, but not much. Sadly the tutorial didn’t explain any of the pickup items other than boost. So while we were able to race, we had no idea what our items did or what was even happening at some points because there was just so much going on.

I do have to say, the visuals and sound design are amazing, I just loved the chibi look of the characters and how the maps looked. There are a ton of things to unlock (even in the beta) and when you do pour some time into the game I’m sure that you will love it if you like games like Mario Kart.

I really like the amount of customization in the game, there is just so much to unlock in the game that you can have a lot of fun doing that. There are characters, car parts, emotes and character skins to unlock by just playing the game and by doing challenges for the battle pass.

While I personally didn’t have much fun with the game during this beta, I do expect it to turn into an amazing game and a contender to be one of the better small-sized games in 2022. But with the number of issues I have had with this beta, I would say there is still a lot of work to be done to get to that level.