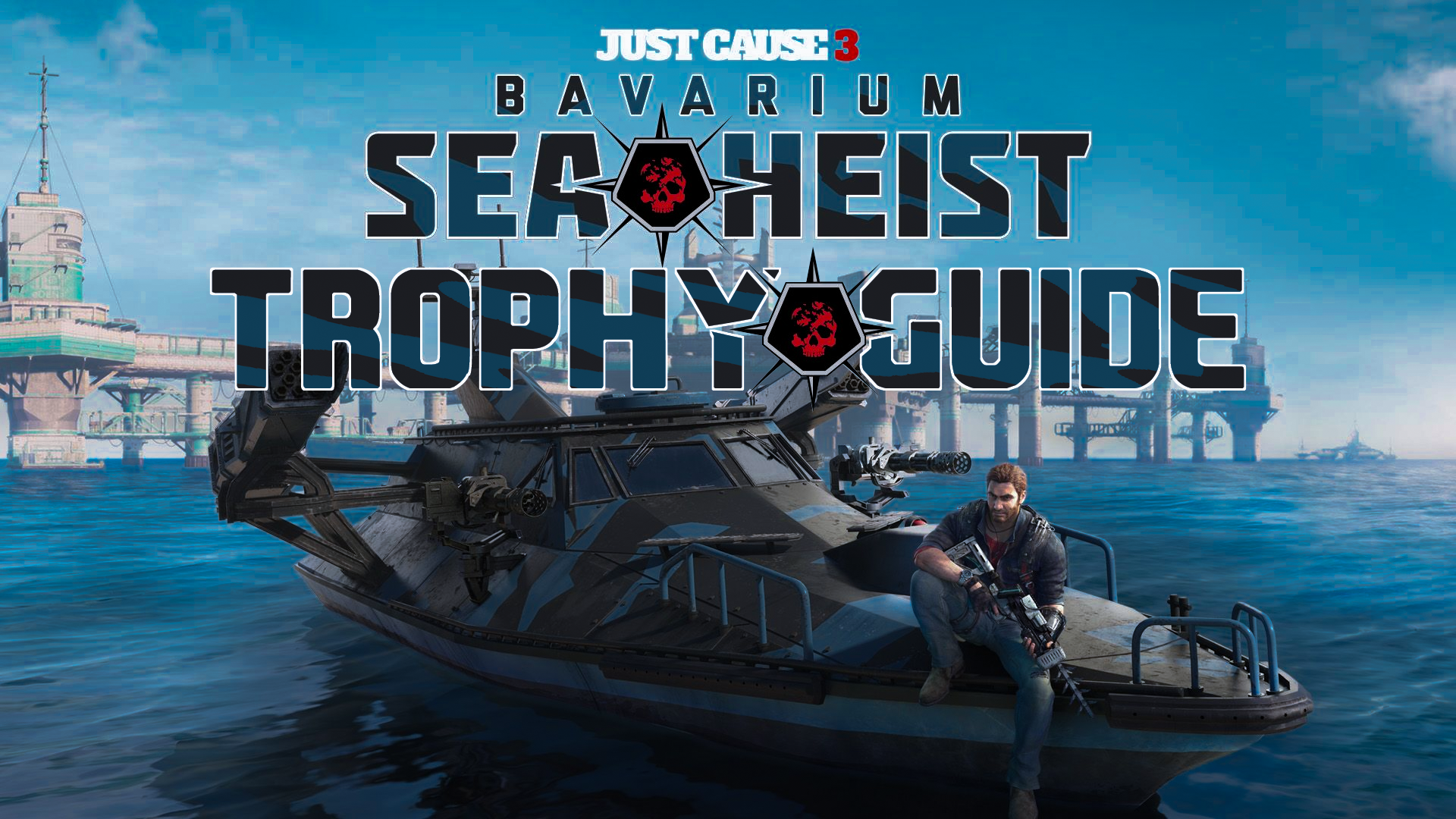 Work through completing the story and having fun. The missions are quite fun and exciting. There are 2 missions in the DLC, each one should take you 20 – 30 minutes to complete. There are no missable trophies to worry about so just focus on enjoying the game.

I Should Buy A Boat

Once you’ve completed the main story, work on any trophy you may have missed, throughout the main story. You might have unlocked a few of these trophies if not all in the final mission of the game. However, if you didn’t you can go back to the eDEN base to gain the attention of some eDEN enemies.

In this mission, you also gain access to the eDEN Spark gun. Needed for

You start making your way towards eDENs’ base pretending to be a member by using one of there own boats, However, things never seem to go according to plan. Once you make your way on to the eDEN base, you’ll have to fight your way through waves of enemies until you reach the core of the base. Once at the core, you’ll have to override the security systems to shut down all the zappers. And at last, you get the eDEN Spark. Make your way out and prepare to use that eDEN Spark to cover your team as reinforcements start to swarm you and your team. Once the reinforcements are taken care of, you’ll make your way to the “The Loochador” boat. Prepare once more to defend your team against more waves of enemies. And finally, after all that, make your way back to home base to finish the mission.

This is probably the best place to earn

Lightning Bolt! and there will also be a lot of boats perfectly lined up so you can easily get the

This is the simplest trophy in the entire DLC. The Loochador has an auto lock-on feature that will, target boats, helicopters, cars, and any other enemy vehicles.

There places where you can easily earn this trophy. The first place to earn this trophy is after you complete the first mission and unlock the Loochador. It’ll spawn in your home base, or you can just have it air-dropped to you. head towards the eDEN base to gain the attention of some eDEN security, and a few helicopters will start to chase you.

The better method would probably be to do this during the boat section of the final mission “The Heist Begins” There will be around 7 helicopters that spawn during that section of the mission and the lock-on of the Loochador will easily take them all out.

While playing the base game of Just Cause 3, you’ll unlock the jump feature for boats, cars, bike, etc. Simply grab the Loochador from your home base or have it air-dropped to you and head towards the eDEN base to gain some attention from enemies in the area, there will be many boats and helicopters that’ll try to chase you. Simply press

to jump into the air with the jump feature equipped from your gear mods. Once you’re in the air start firing away with the lock-on feature of the boat to try and blow up boats, helicopters, and other various stuff while air-born. If you time it right, each shot should count for 1 – 3 kills. And soon the trophy will be yours.

After completing the first mission of the DLC “The Setup” You’ll unlock the Loochador boat and the trophy will pop.

You’ll have 3 tasks in this mission. Once in the mission, it’ll mostly be dialogue for the first few minutes as you ride on top of a plain and make your way towards a much bigger cargo-plain. Your first task is to grapple onto the cargo-plain, hop in, fight some enemies, and open up the back door. The Loochador boat will go flying out and you have to make your way towards it and get in. It won’t have any weapons on it, but you won’t need any as there will be no enemies in this part of the mission. Afterward, your second task is to go retrieve the needed access codes, and of course, by “retrieve” it means steal. you’ll be given a helicopter to head towards a hidden base, it won’t be long until you’re out of there as you’ll need to take out a convoy by blowing up a bridge. And finally, for your Third task, you must make your way towards a dry dock in the middle of the sea and completely destroy it. everything should be marked on your map, Pull out any weaponry you have and start causing some mayhem. After you’ve taken over you’ll be given a helicopter, fly towards any of the generators marked on your screen and tether one to your helicopter and fly it to your base and congratulations, because you’ve just completed the first mission and unlocked your first trophy of this DLC.

You unlock the eDEN after you complete the final mission of the game “The Heist Begins” There are many enemy helicopters that spawn around the map, however, the best place to earn this trophy is during the final mission as multiple enemy helicopters will be attacking you. Once you first exit the facility to make your escape. Simply aim, shoot and the trophy is yours.

You unlock the eDEN after you complete the final mission of the game “The Heist Begins” Although there are plenty of areas in the game which huge chunks of enemies, the best place to earn this trophy is during the final mission. Multiple enemy boats will be spawned in a line and each boat has 2 – 3 enemies. Once you first exit the facility to make your escape. Simply find the convoy of boats headed your way, aim, shoot and the trophy is yours. You have about 5 seconds to hit all 10 enemies but that shouldn’t be a problem with the eDEN Sparks big area of effect.