The ultimate mash-up of anime characters 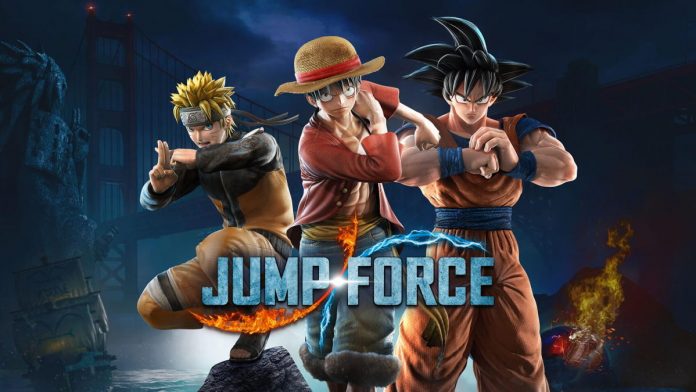 Jump Force is developed by Spike Chunsoft and published by Bandai Namco. It came out for PC, Xbox One, and Playstation 4 in 2018 and was later released for the Nintendo Switch. Sadly the game has been delisted on the digital storefronts but physical copies are still available.

Let’s start off with the negatives of Jump Force, there are not many but they do impact the game a lot for me. The main problem is the loading screens. After almost every button press there is a 5/10 second loading screen and it just gets you out of the groove a lot, especially when you just wanna do small things like checking out the store. It’s even more annoying when you accidentally press something.

Sadly the story also includes some spoilers of anime like One Piece, Dragon Ball and Naruto to name the main few, this game is of course for anime fans so having some things in there is expected, but only being about halfway through One Piece and not having even started Dragon ball or Naruto I was a bit confused if the spoilers are big or not or if major plot points have been spoiled for me already.

The amount of characters in the game is just epic. There are so many of them from so many different anime, like Death Note, Dragon Quest, and a few I don’t even know. They all fit into the story so good and it’s actually pretty logical for some reason, not like how Nintendo just has a bunch of characters beating each other in Super Smash Bros (yes I’m salty about it not having a story mode).

One of the things I liked about the game was the story, it’s actually pretty interesting and moves along pretty quickly as well. Sadly the game’s story is told in text form with characters just standing there. With so many characters actual cutscenes would have been nice and kinda makes to story look boring and slow.

The fights are fun at the start, but the difficulty ramps up pretty quickly and for someone like me that has never played a fighter like this before it got hard pretty fast throughout my playthrough. Not even being able to beat a character in chapter 3, almost at the start, got annoying fast, especially with the loading screens and mini cutscene of the fighters entering the battle and seeing that 10 times.

Visually the game looks great, some of the characters do look a tiny bit weird in 3D form but most of them fit in pretty well. I would personally say that this is one of the best 3D anime character renders I’ve seen in games that still look animated but kinda border the real-life line as well.

While Jump Force is a really cool game, the game could be better, visually it just looks a bit off and the story contains a ton of spoilers for the anime's in the game. The gameplay itself has a really steep scale and gets hard pretty fast into its story and the loading time is terrible.Jump Force Review (Xbox One)