DEX.EXEYour Source For Games
HomeArticlesJapanese games that should have come to the west sooner
ArticlesTeam Talks

Japanese games that should have come to the west sooner 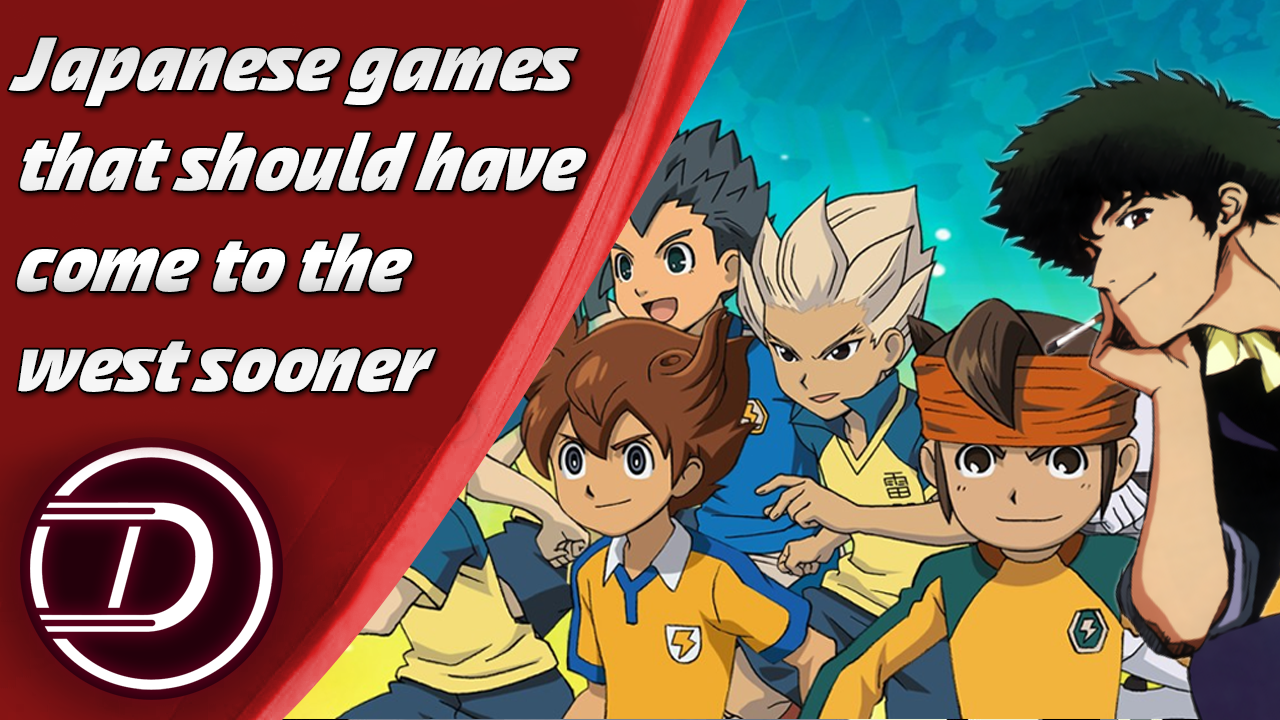 Welcome to Team Tuesday. Here we look at a recent or upcoming game and talk about something related to that game. This week we will finally see the release of Yakuza 7: Like a Dragon in Japan…… This made us think about games that come out in Japan but has us waiting for ages for them!

I couldn’t narrow this down to one specific game as I’m a lover of many different genres, but the west has missed out on so many Asian specific visual novels.

Visual novels are a trophy hunters dream and many were adapted to the west and given multiple versions, but there were also so many that did not come west.

As a trophy hunter I can see all those Japanese titles that I have no idea what they’re about, but just imagine them getting as many stacks as the Steins;Gate series…. I would be in heaven.

Every time I heard about a new game coming out soon after a release but yes, it was Japan-only, not only did they came out late in the west, they came out 3 years late, 3 years! If we even got them as well btw, the 3rd game in the Inazuma Eleven GO series never even came to the west, just like most of the home console releases. The only console release we saw was Inazuma Eleven Strikers.

Hope the wait is not long for a new game now that that series is back, there was a game planned for 2018 but got delayed to 2020….. wait…… this year?!?!? Let’s hope it doesn’t get canceled or delayed again!

8 years is a long time. That’s 2,920 days and 70,080 hours. That’s almost how long Phantasy Star Online 2 has been a Japan exclusive. This series is almost as old as games itself and first started as Single-Player RPGs, before finding itself on the MMORPG side of things.

I’ve played many games in the Star Ocean series and enjoyed a lot of them. Even Phantasy Star Universe was a take on the MMO side of things, but PSO2 is a full-blown game. Side quests, raids, everything you’d ever want. This game is finally coming to the West this year, but only in Beta form.

There have been ways to play this game though if you have user-made translation mods, and you play it on PC. But I will still sit here, and wait for the day it makes its way to PS4….which probably won’t be till 2021! If you have a PC, I can’t recommend this game more than enough.

This week is not so easy for me because I love everything related to Japan (did I say that before?) and I dream about every videogame for every anime released nowadays… Unluckily I live in Europe and a lot of them are released only in Japan, but if there is a game that I really wanted to see on my shelf back in the days, I could not think of anything else that is not Cowboy Bebop – Tsuioku no Serenade. I know, it’s an old game as it’s for the Playstation 2 but If you are a fan of anime and videogames just like me, Cowboy Bebop is a masterpiece so you absolutely need to have it, try it, play it and venerate it.

There is also a Playstation videogame which is related to Cowboy Bebop and I would like to have it too, but I have spent too many hours on my Playstation that it did not work anymore… My bad.