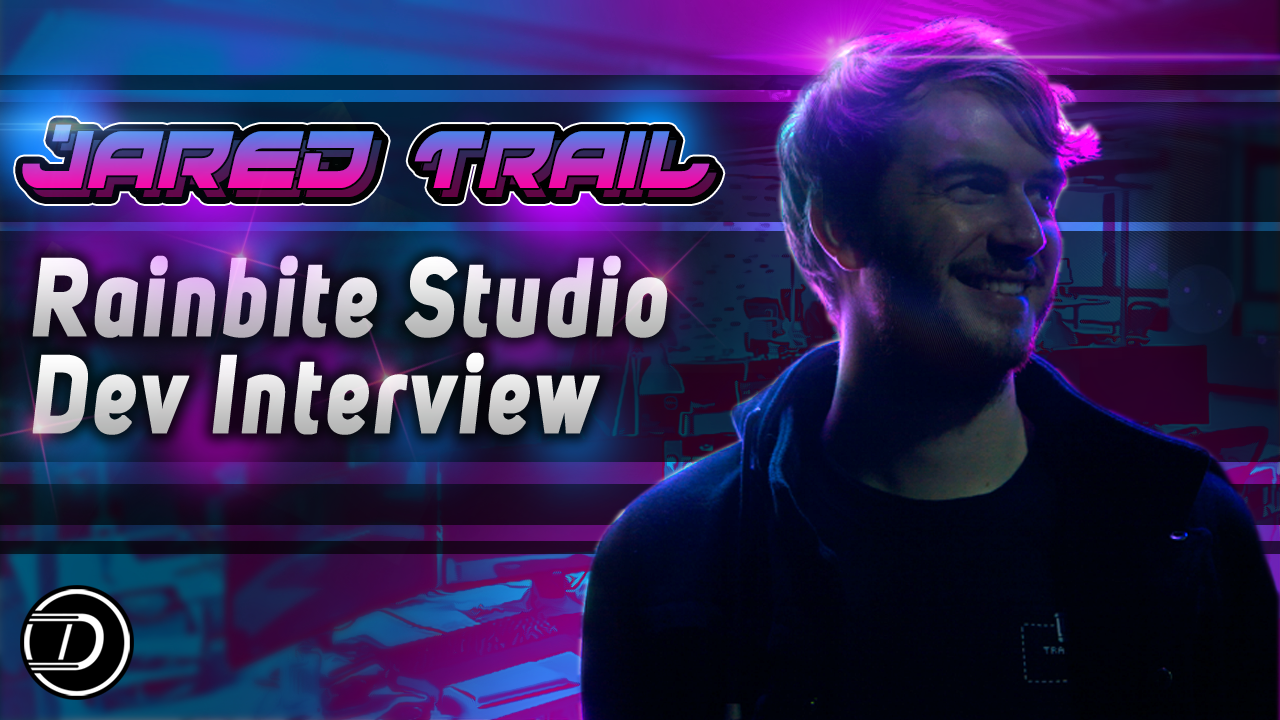 Published by Rainbite, the devs who brought you the vertical shooter that was Rym-9000, and the fun Zelda-like adventure that was Reverie, is another similar creation. But this time, you play as a gun-toting Witch, who is in a forest, and blowing away adorable woodland creatures! With dungeons to explore, weapons to obtain and upgrade, and fun to be had in coop play! This is definitely a weird and wacky idea for a game, and I got to talk to one of the developers on the project, to ask a couple of questions that I’ve been curious about. With the launch day coming very soon, I thought I’d take the shot, and give you a bit more insight on the game itself, if I can get more insight that is! So here is my interview, with Rainbite co-founder, and lead developer on Trigger Witch, Jared Trail! Enjoy!

Q: So first things first, I’d love to know what inspired your team for the idea of Trigger Witch? Who thought it would be hilarious to be a Witch with a gun, killing woodland creatures? It is such a hilarious idea!

A: Daniel had the original idea for the concept. I’m not sure exactly where the witches with guns idea came from but it sounded appealing from the start. It was initially going to be a horizontal shmup but we reworked it into something larger.

A: Same genre but it would have been sideways instead. The idea didn’t go very far in that form so I’m not sure what would have made it stand out apart from the setting.

Q: Now this isn’t your first project. Your first being Reverie in 2018, then Rym-9000 in 2019.  I’d love to know, what lessons did you take away from those games that helped in the development of this game?

A: So many things! It helped to understand the porting process and requirements. From Reverie we took a lot of overall game design elements. We have done our best to improve in all aspects like story and art to game feel.

Q: What is the porting process and requirements like exactly? Not as simple as “switch action to X button” and such I assume?

A: Swapping out buttons is an easy enough process and the controls are usually fine. The hardest thing is the save system is always different and complex. Some consoles have more complicated controller setups like the switch as you can configure it in multiple ways. Apart from that it’s mostly the same with some small specific bugs that seem to pop up for no reason on specific platforms.

Q: Considering how gory and silly the game is, some people may wanna play, but are squeamish of blood. Is the game as gory as the trailers seem? Will there be an option to have more gore or less? And can we adjust blood colour? I think it would be funny if we could make the animals bleed something silly, like purple.

A: We do have an option to turn off all the gore. It’s called piñata mode and changes all the blood into confetti and the giblets into candy haha. We could change the blood colour but we wanted to do something that changes the theme completely!

Q: Now with the game being couch coop, the usual answer to balance games is to make it harder when another player joins. Will the game scale in difficulty with a coop player? Then considering the game is sadly releasing in these trying times, are there plans to include online coop, so we can play with friends while in lockdown?

A: The difficulty doesn’t scale at all. If it’s too easy you can increase the difficulty which also gives you more gems as a reward. Online co-op is too out of our scope for Trigger Witch. The best we can offer is using share play on PlayStation as this allows local co-op over the internet.

Q: In the latest trailer, I saw what looked like a weapon upgrade system. If there is one, how will it work, and what kind of gun upgrades can we expect, to help blow away the cute woodland creatures? Just extra damage? Or will the assault rifle, do something crazy, like shoot rockets?

A: The weapon upgrades are damage, firerate, capacity and reload speed. The weapons dont have any specific crazy upgrades they just generally get stronger. We do show specific values so you know exactly what is changing though.

Q: Now there are a lot of trophy hunters out in the community. Can you tell us a little bit about the trophies by chance? Do you want a fair challenge with them, or are you going for more of a laid-back experience?

A: The trophies are pretty fair I think. You can play the whole game on easy, nothing is missable, no multiplayer trophies either. I’m never a fan of making anything too hard or annoying.

Q: With the release coming up so fast, can we expect a demo to drop before the summer release date, or another trailer?

A: I dont want to promise anything but they are both possible haha.

Q: Now for the final question, and I must ask this, what is the exact release date for impatient people like myself?

A: Haha I can’t say but you won’t have to wait much longer at all! I want it to be out there as much as people want to play it.

There you have it. I hope you enjoyed this bit of insight on Trigger Witch, an indie developed game, made by Rainbite, releasing in Summer 2021. How the idea was formed, what it was like making it as a third project, and a few sneak peaks behind the curtain! Thanks once again, to Jared for answering these questions that I’ve always wanted to know, as I’ve anxiously waited for this release day! I hope you, the reader, will pick it up yourself. Especially with a confetti mode implemented into it. I’ll definitely have to play half of the game in that mode for a good laugh.