Hyper Gunsport Announced at the Future of Play Event 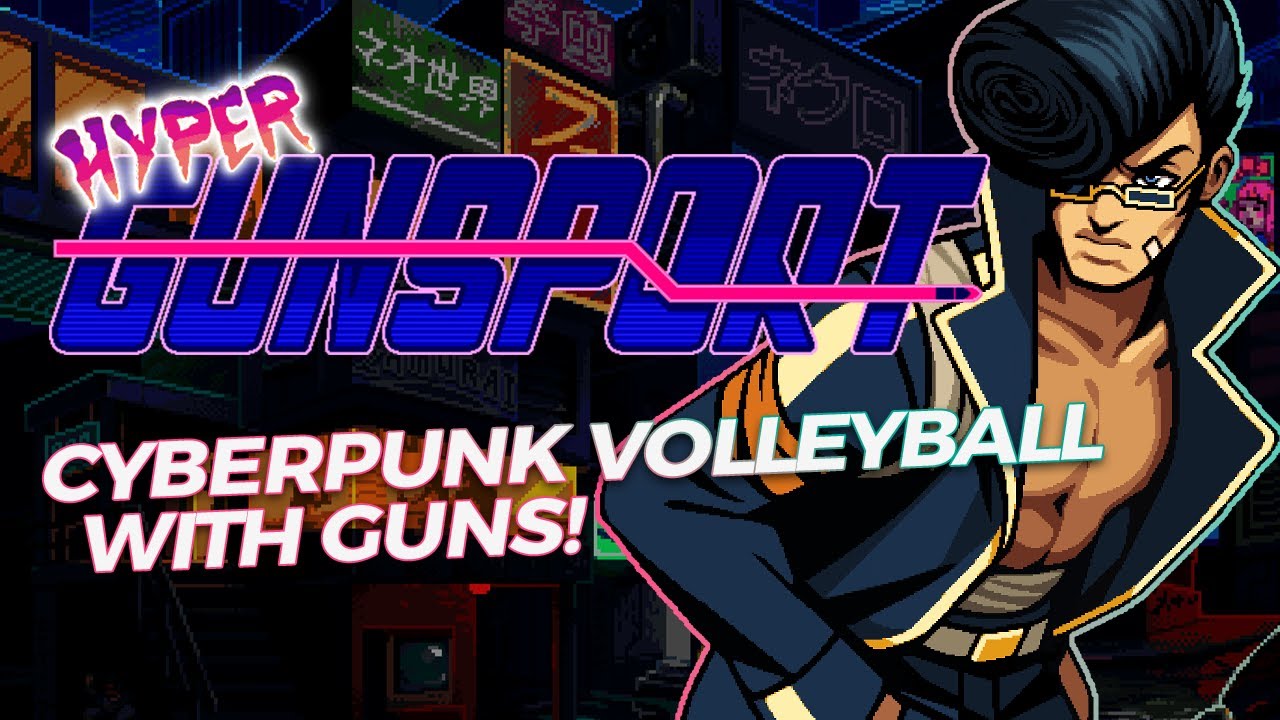 Hitcents and Necrosoft Games are pleased to announce their arcade action game Hyper Gunsport, part volleyball, part gunplay, was part of the Future of Play Event leading up to this year’s The Game Awards.

Hyper Gunsport began with a thought experiment: How could you make an action game about guns without violence? And an action-sports-arcade genre-bender was born.

Hyper Gunsport is set in a future where humans have grown tired of conflict, and all weaponry is banned. Disputes between countries are now settled with The World’s Game: Gunsport. Guns are now only used for one thing: to shoot a ball into a goal.

The game retains all the action, precision, and dramatic beats of a run and gun or action shooter, but is also staunchly anti-violent. This is a niche that remarkably few games have tackled, and we hope you find it intriguing.

What kind of game is Hyper Gunsport?

Ultimately, the game is about shooting a ball into a goal, while the opposing team tries to do the same.

Keepers, in the back, don’t move, but can fire more frequently (easier for newer players, but with the potential to take the lead on offense). Strikers, in the front, can move and jump, but can’t fire as frequently (for experienced players who want to slam the ball home). These teammates work together to keep the ball off their court, and into the opposing team’s goals.

When the ball crosses the net in either direction, it’s worth one additional point, leading to high-stakes games. When both teammates hit the ball at the same time, a “focus shot” occurs, and the ball goes twice as fast. When their special gauge fills up, teams gain access to special attacks, with limited shots.

Hyper Gunsport has a singleplayer and co-op story mode, as well as 2v2 multiplayer versus, with AI to supplement when no additional real-life players are available. Story mode has cutscenes at the beginning and end of an 8-round tournament, unique per team. There are 7 teams with unique weapons, and 7 stages with unique gimmicks.