Will this be a good cult to join? 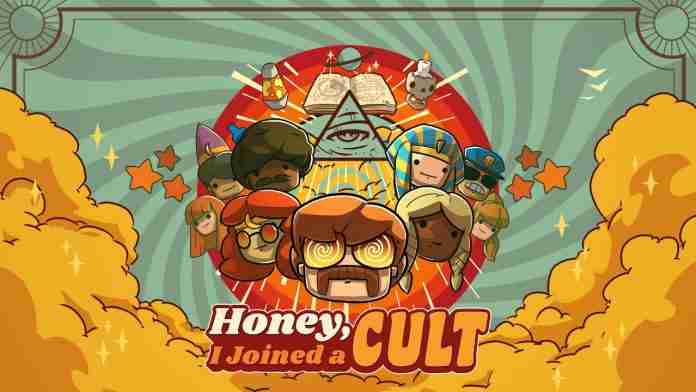 Honey, I Joined a Cult is developed by Sole Survivor Games and published by Team17. The game was released on November 3, 2022, for PC on Steam.

The tutorial of “Honey, I Joined a Cult” is short but contains most of the things you need to know, but after that, you get thrown into a brand new world without really knowing what your goal is other than building the Cult, there really is 0 hand holding and nothing to focus on other than collecting points to buy upgrades. I wish there was a mode with a ton of hand-holding to get me more into the game because I got lost pretty quickly.

The story of the game is kinda what you make of it other than the start. In the beginning, you see a cult being arrested by the police and you make a quick escape to create a brand new Cult, you can customize your character, your cult’s “religion”, and what your cult wears. The sky is the limit and you will unlock more and more when you get more points to research new rooms.

The 2nd visuals of the game are pretty cool, and there are a lot of options for customization as well, it’s as bright and colorful as much as you make it. There is also a lot you can do to the rooms, you can pick your own type of walls, doors, and the stuff you want to put inside the rooms. For me, the visuals are one of the best things about the game, but that’s more due to the lack of hand-holding in the gameplay aspect of it and it is more accessible for new people to the genre.

In the end, while I did like playing it, I had no idea what I was doing and what I was working towards, and that is for me a massive deal breaker, so my final verdict for the game is that it really is a good game, if you are already known with these types of games, if you are not, you might end up feeling bored after an hour.

Offline
While I loved my time with the game, I missed the hand holding and I got stuck not really knowing what to do or not being guided by something pretty quickly after I started. It's a good game for someone known with the genre, but not for new people.Honey, I Joined a Cult Review