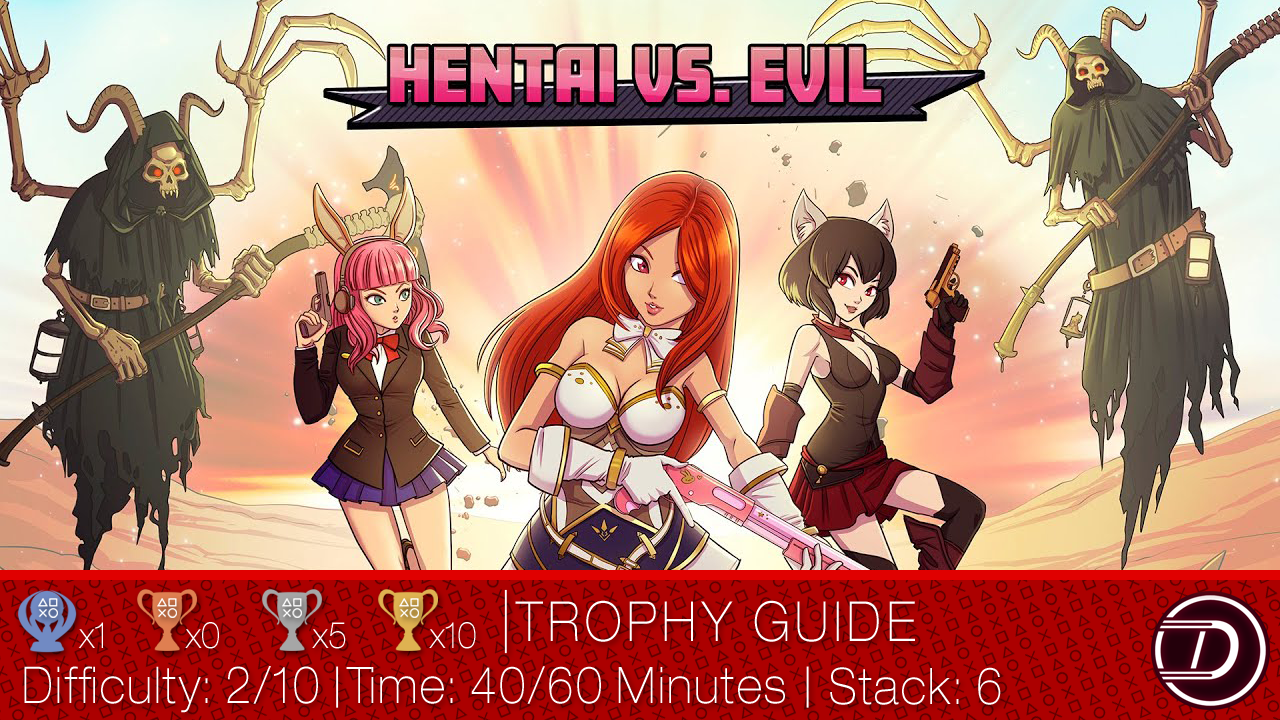 Step 1: Beat every level
There are only 3 levels in the game, they can be played in any order, and each level plays out the same. Kill 12 reapers, then make your way to the cage to rescue the girl! Each level should only take 5 minutes if you rush through. But if you kill everything in your path, while going through the levels, it’ll take longer. Make sure to play on “Rescue” mode, with the difficulty set to “Easy”. I personally used the shotgun as my weapon of choice, as I found it to be better than the assault rifle. Also be sure to always shoot ammo boxes out of the air, because the extra damage is nice. If you get ice shots, they kill everything in one hit! By the end of this step, you’ll probably have most of the trophies!

Step 2: Kill Grinding!
Now depending on how long you stuck around in each level, you will now have to kill grind for the left over trophies. The enemies spawn infinitely, so pick your favorite map, and just go to town until the trophies pop! In the Pirate Cove level, there are some enemies that are skeletons. THESE COUNT TOWARDS ZOMBIES! After this step, you’ll have the platinum.

This trophy unlocks once you’ve killed 25 zombies throughout any of the 3 levels. This is super quick, as the zombies are the most common enemies.

In order to get this trophy, you have to kill 100 zombies! Luckily this is cumulative throughout your gameplay!

To get this trophy, you have to kill 10 orcs. This will take a little longer than the zombie kills, as orcs aren’t as common. Though sometimes you can get lucky, and a ton will spawn all at once!

Getting this trophy requires you to kill 50 orcs! This is cumulative across your save data, so it doesn’t have to be in one level.

There is a good chance this will be your last trophy, as it requires 150 orcs killed! Orcs aren’t as common as the other enemies in the game, so this will take quite a bit of time to do. So just pick your favorite map, and get to killing.

For this trophy to unlock, you have to kill 5 reapers. This will unlock just while you play through the levels automatically.

To get this trophy, you need to kill 25 reapers! Just like the previous tier, this will unlock as you work through completing every level.

In order to get this trophy, you have to kill 66 reapers! Reapers are infinitely spawning in the levels, just like the rest of the enemies. So you can have 22 killed out of 12 in a level. If you kill 22 before you finish each level, this will unlock in the 3rd level you choose to finish.

In each level, there are boxes that float in the air. When you shoot them enough, they will fall and give you powerful ammo for a set amount of time. After you open 6 boxes, this trophy is yours.

After you break open 18 ammo boxes they float in the air, and grab their contents, this trophy will unlock!

Once you’ve broken open 32 ammo crates, by shooting them in the air, and getting their contents, this trophy is yours. This will come really easily, as you should always be shooting just about every floating ammo box you see!

To beat this level on Rescue mode, you just have to kill 12 reapers, then go to the cage by following the light in the sky, and rescue the girl!

To beat this level on Rescue mode, you just have to kill 12 reapers, then go to the cage by following the light in the sky, and rescue the girl! Be careful as well, because if you go into the water in the level, YOU WILL DIE!

To beat this level on Rescue mode, you just have to kill 12 reapers, then go to the cage by following the light in the sky, and rescue the girl!