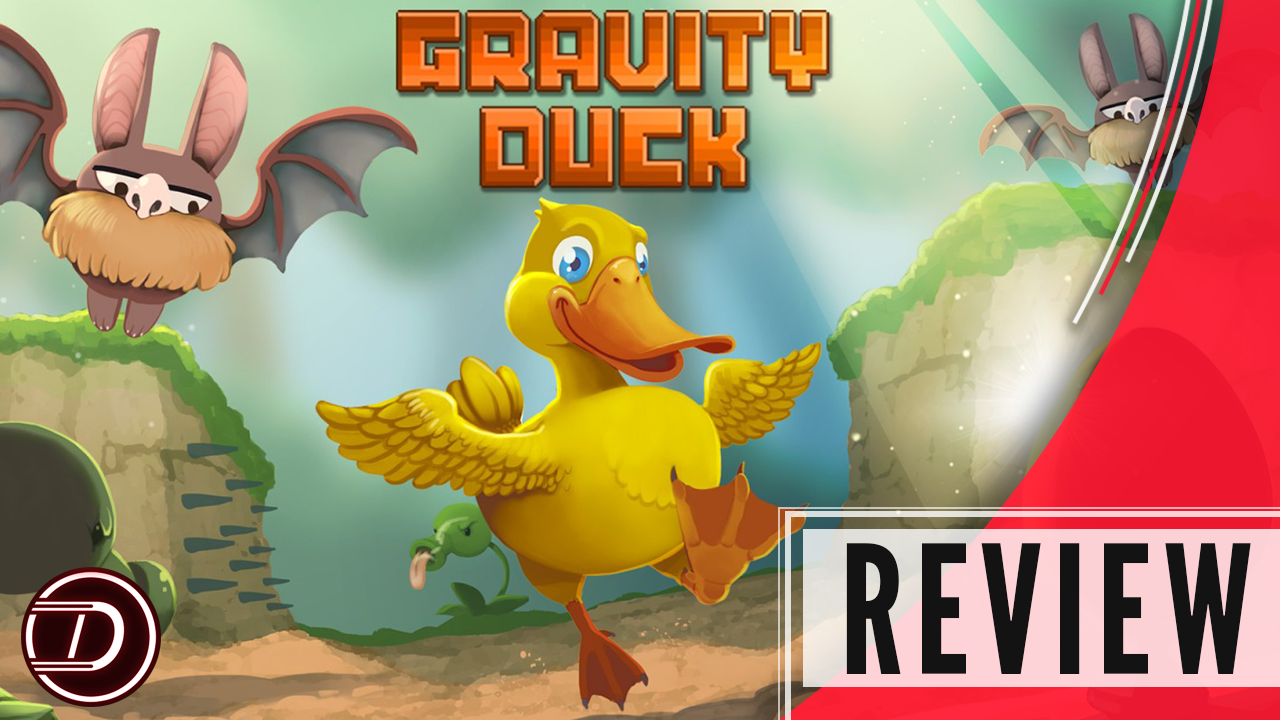 Gravity Duck a platformer game created by Woblyware Oy and got later ported over to consoles by Ratalaika Games. The game is a pretty cool small platformer if you got a few minutes to spend but don’t have time to play a massive game.

The game starts pretty slow and introduces the mechanics of the game and slowly introduces some ways you can fail a level. They do this pretty well and gradually over the course of a few levels. At some point in the game, there is a massive difficulty spike that makes some levels super hard at some small points in the mission.

The gameplay in the game is actually pretty cool and fun to play around with. The basics are pretty simple, you walk and with 1 button you change the gravity from the opposite you currently are. Later it introduces some block you can hit mid-air that changes the gravity from up/down to left/right. This totally changes how the levels are and are also pretty great. There are also some enemies and objects you need to avoid because they can kill you. The objects are not that bad, they don’t move so you don’t have any trouble avoiding the ones you see. The enemies are a different story, some of them make the levels so hard and make some levels take longer then they should. Sometimes you need to time stuff perfectly and that makes the level just really annoying and harder then it needs to be.

The graphics are nice, they kinda fit the game but also don’t. The first thing I thought was that I had seen it before, after some research I found out that I did already saw most of the assets used in a different game. That is because it looks exactly like League of Evil, this game is made by the same devs.

After you have played the game and have gotten the platinum trophy you have kinda seen everything there is to the game, on the switch it might be perfect for kids or even on the phone this game would be pretty fun to sometimes replay it, other than that there is not much other things to it.

We also have a great trophy guide for the game. So check that out right here!

Overall is the game pretty fun to play for a few minutes, but playing for a longer time in 1 go can kinda make the game look worse and more boring than it actually is.