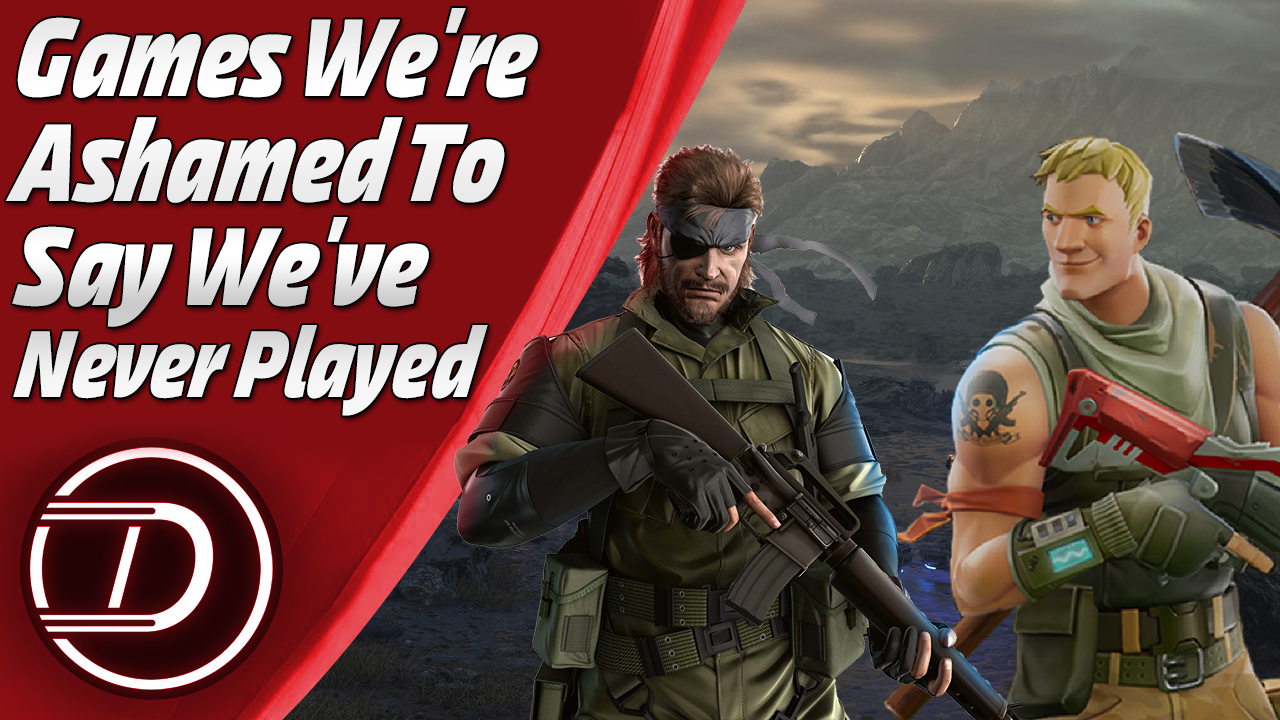 Welcome to another Team Tuesday. Here we look at a recent or upcoming game and talk about something related to that game. This week we finally see the release of Death Stranding by Hideo Kojima and almost everyone has played something from him…… Almost everyone because I have not, so this week we are going to look at some games we are ashamed to not have played. We would love to know if you have never played any of these games or another beloved game, so let us know in the comments down below!

So like I said in the intro I never played any Hideo Kojima game, the one I definitely am ashamed of is the Metal Gear series, I keep hearing so many great things about it but could never be bothered. Recently I started looking into the series more and I kinda wanna try it out. The problem is that I wanna start from the first game, those are not on PlayStation 4 (yet?) but if they would ever come I will definitely play all of them.

I’ve never played a lot of famous videogames, but the one which makes me say “Shame on me” is Kingdom Hearts. I have it on my wishlist since I was a kid but for a reason or another, I’ve never bought any chapter of the saga even though they made remakes, remastered etc. I feel really ashamed for that because I know it’s the type of game made for me and how amazing the lore is but the worst guilt of never bought and played them is that I’m a big fan of Disney too and that makes me very regretful. One day I will buy them all for sure and stop this shameful feeling which afflicts me since I was young.

Final Fantasy 7 is no without a dought, considered one of the greatest games of all time and the best Final Fantasy game in the franchise. I’ve been told a million times that I should play it. I said I would. I never have. I just couldn’t get into the turn-based RPG style of the game and I wasn’t into the franchise in the first place. Even though I’ve been told I don’t need to be, to enjoy it.

Who else can say they’ve never tried one of the most popular games of all time? A game that has “250 million players with registered accounts”, with more than 78 million players active within one single month… Fortnite is arguably the most popular game of all time. The sheer amount of people worldwide that have tried this game is unbelievable and the game is considered by some time to be the only battle royale game worth playing. Having seen the occasional gameplay clip I can see why millions of people play this game regularly and spend hours upon hours engrossed in it, but I have never even been in a room where the game was being played, let alone tried it for myself. Maybe now is the time for me to try it out…!?