Games We Wish We Never Started 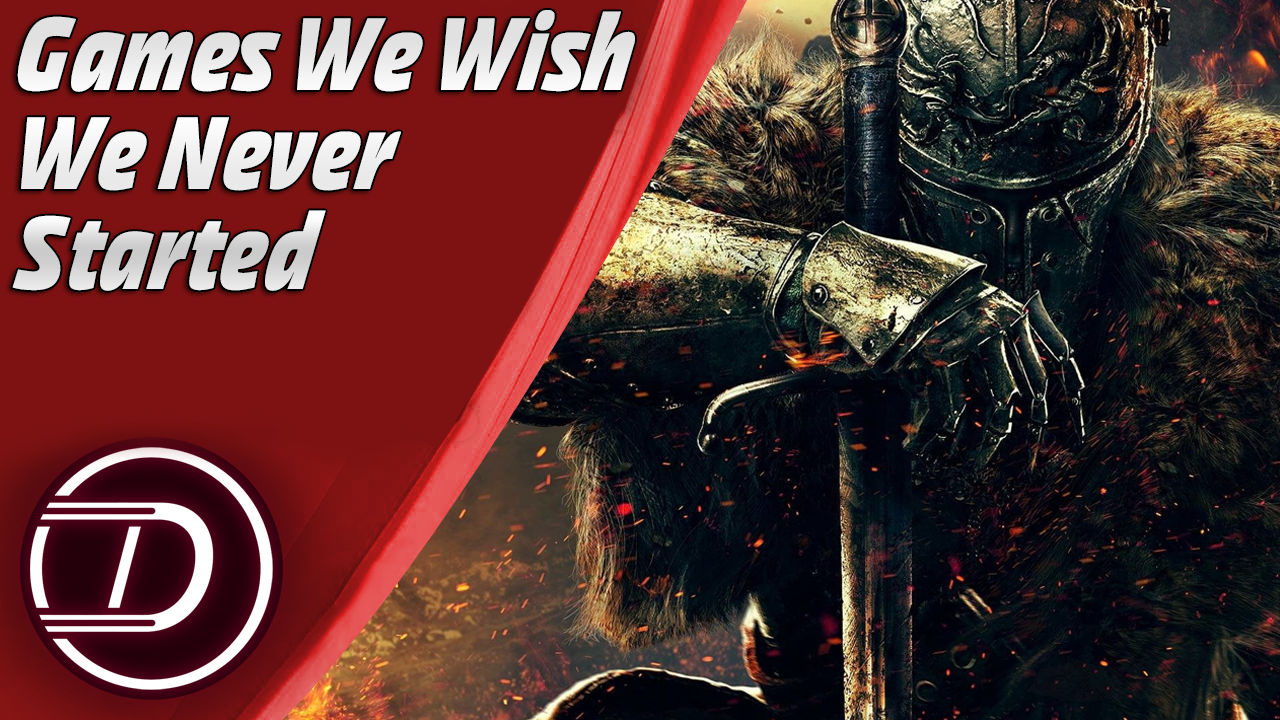 Welcome back to another team talk, where we share some stories, good and bad, and share our deepest and darkest gaming secrets (sometimes at least). This week isn’t really a week where we base it on a game release like most of the time but this time I was just looking at some games on my old PSN account and thought “why the hell did I even start this”

So there is 1 genre of game I really hate, not because I actually hate the series/genre but just because I am just the worst in it. You might be able to guess what genre I’m referring to because most people aren’t great at it and it sure is a big meme: Soulsborne games.

Back when Dark Souls 2 for the PlayStation 4 came out I thought it looked kinda nice. I knew about the memes and that it was hard, but a naive 15-year-old dex that just barely spoke English thought “how bad can it be”. and never again I questioned the way people think about games. It was horrible how I got destroyed and it just ruined the whole genre for me, so much so I never even wanna touch the genre again.

Honorable mention: Neverwinter, oh gawd, do I regret starting it on my profile that I wanted to keep 100%.

We all have that one game, or many games that we wish we didn’t start. Whether they’re too long, too hard, too easy, or even outright boring. For me, my pick may come as a shock, but it is the indie darling of 2020…. Fall Guys.

Now on paper, I should love the hell out of this game. Mario Party style minigames. Silly gameplay, and just an all around fun time. But I tried playing it a few weeks ago, and I just got so bored. After only 30 minutes! Sure I enjoyed it with some friends around release, but now, I just can’t stand to play it. So it will forever haunt my trophy list….forever and ever and ever and ever….help!

Downwell. Not because I don’t like it, but because it’s so dam hard I can’t beat it! Not many games beat me… if I have left a game on my profile it’s often because I just lost interest, but this one, makes me wince knowing how much I tried with blood sweat and tears but just could not do it for jack! I thought I could take the challenge but nah it seriously kicked my butt!

I agree with Oni about Fall Guys… but for different reasons! I actually do (did) really enjoy it, it was fun! And so played it for a few hours every day for a month or more with a team. However.. I do wish I had never started it, because I can’t bear being plat-blocked due to the evil (practically) impossible ‘Infallible trophy’ situation. So I will forever be 1 trophy off of plat and it’s out of my hands and that bugs the hell out of me! Ah well lol.

*Lastly… I’m gonna whisper this at the bottom shhhh… As this unpopular opinion could bring mobs with pitchforks and fire torches to my door lol.. But this is how I know Indie games are my thing and my love. As I genuinely wish I didn’t start.. Watch Dogs, Assassins Creed Black Flag, Uncharted 4, Payday, Killzone, COD!! I’ve left them unfinished on my profile, and I won’t return. and my profile is on 94% completion I normally finish everything, telling you I’m really giving these games the finger. They bored me and I simply didn’t enjoy them! Toooo generic and yawn for me. I do see why the normal kids would love them, but I am not a normal kid. haha! I like my games weird n freaky, funny n fun, interesting n individual, all the good stuff only indie can bring 😛

Having a look over my profile there could be a few games that I could use for this week. There’s some that now have unobtainable trophies due to server closures and a few that were glitches from the start.

Question is though, do I actually regret starting these games..? The answer for most is no. I had a great time with Uncharted 2 & 3. I also spent hours upon hours on some of the older Call of Duty titles that I wouldn’t dare load up the online lobbies now due to hackers.

Therefore my pick this week is going to Semispheres! A game that currently has a 38.83% completion rate. A game that at least 2 of my colleagues here have the platinum for… Yes, I have been beaten numerous times by that damn 35:00 trophy that is stopping me from obtaining the 100%.

Games with timed trophies having never really been my thing and this just increases my issues with them! One day maybe, one day.

How about you? Do you have a game that you regret ever starting? Tell us in the comments section below.

It’s the first time in the history of our team articles that I have to struggle to find what to pick. You may think “obviously, It’s impossible to play a game you don’t like these days with all the reviews and information available on the net”, but that’s not my case.

Due to my trophy hunting mania, I decided to start a lot of free to play and that was the biggest mistake of my entire life. For that, I have plenty of these that turned out to be a total regret.

But if I have to pick one… Gems of War… It seemed so good and innocent back in the days… Without dlc’s… Just the basic but kinda grindy trophies… Then dlcs came up and it became a complete nightmare.