DEX.EXEYour Source For Games
HomeArticlesGames We Wish We Could Play On The Go
ArticlesTeam Talks

Games We Wish We Could Play On The Go 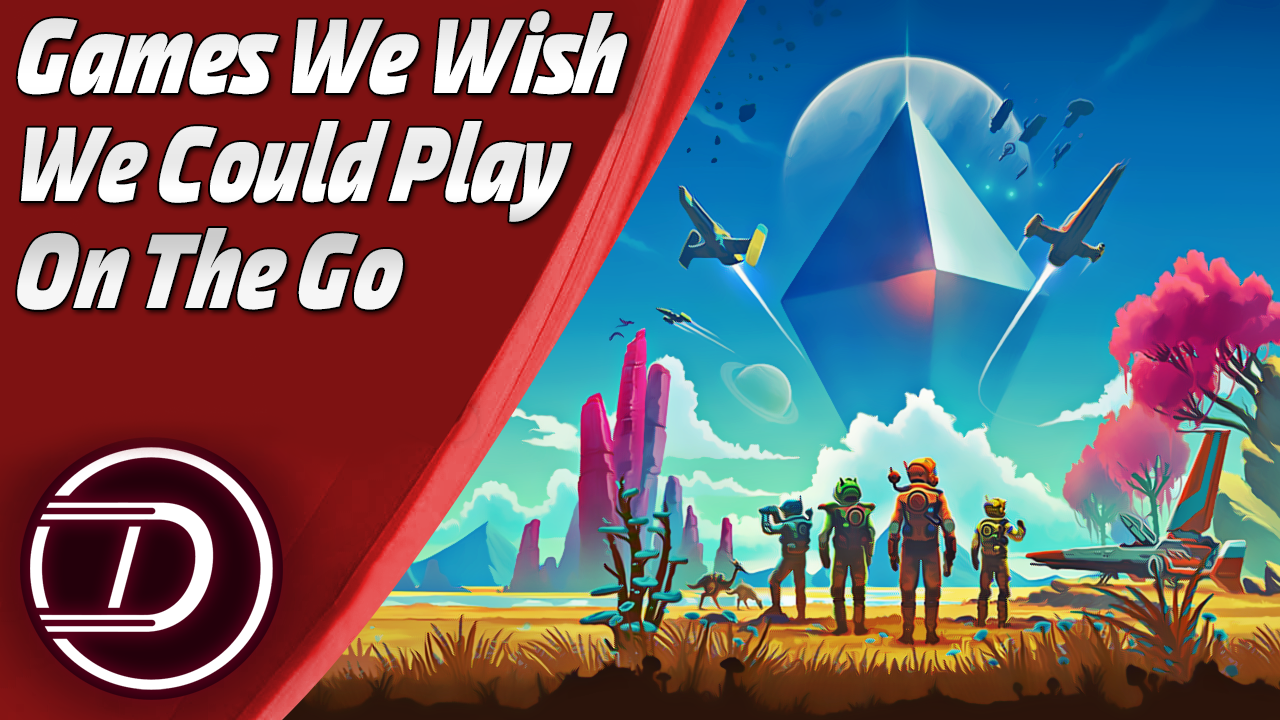 Welcome to Team Tuesday. Here we look at a recent or upcoming game and talk about something related to that game or just tell some tales of our video game adventures. This week Borderlands and Bioshock are coming to switch. This made us think about what other games we would love to play on the go.

My choice this week is Fallout 4, it’s a massive open world with so much to do, side quest after side quest. along with 4 factions that you can join for different missions and endings. It would be amazing to be able to play this on the go. The DLC of this game is also amazing for the most part and it would be fun to be able to play it while on a long flight or road-trip where you have nothing to do for hours.

One of my favourite games for a good view years get my vote this week. New Star Manager may already be “available to play in the go” with it’s iOS and Android versions, but for me I would love a PSVita version of this game.

I have already sunk a good 200 hours into this game on the PS4 with both the EU & NA trophy lists completed, but I yearn for it to come to #VitaIsland.

The fact that the PSN version is the full version of the game would have me playing it for many, many hours more than I already have done and it would ensure that the PSVita continues to come with me anywhere I go!

If you’ve not read my review in New Star Manager feel free to check it out and judge this weeks pick from me.

The game I’m going to pick this time was considered one of the biggest failures ever back in the days. It was kinda bad on release but with the new updates it becomes better and better in my opinion.

I’m speaking about No Man’s Sky. I know it’s not a beautiful game and having it on a portable console is not a good idea too, but imagine being a child that wants to become an astronaut and has this game on his hands when he wants…

The dream can be realized everywhere and every time even though you are just playing a videogame while traveling on a train and with your fantasy.

Portability. It’s a great thing isn’t it? To be able to go anywhere and take your games with it. From Gameboy, all the way to Switch, Nintendo had us covered. But wouldn’t it be awesome to use other systems too? Imagine, PS4 or Xbox One on the go. No I don’t mean Vita, I mean the system itself.

If we had this capability, I think the one game I would take everywhere with me right now, is Star Ocean 4: The Last Hope International. I mean, I’m really enjoying it, but also, there’s just so much to do in it for the platinum, and I have barely scratched the surface! How I’d love to have it on a handheld to take with me to the park, or play on a bus, or play it in the bathtub! Sure it would still take me a long time to platinum, but least I could chip away at it all the time!

There are plenty of other games I’d love to take with me. But at this moment, this game is a top priority. Nothing else matters to me. I mean, I’ll still need breaks, but other than that, it’s all I want to do

Here we go again: Persona 5. Everyone has been begging for Atlus to release Persona 5 on the switch for a long time and i would love to have it on there with some Amiibo stuff in there with cool clothes or weapons based on them.

Playing the game on the go makes it easier for me to play because it’s so big, I really like the way I can just play it in bed and just chill out with it.