DEX.EXEYour Source For Games
HomeArticlesGames we wish we could play for the first time again
ArticlesTeam Talks

Games we wish we could play for the first time again 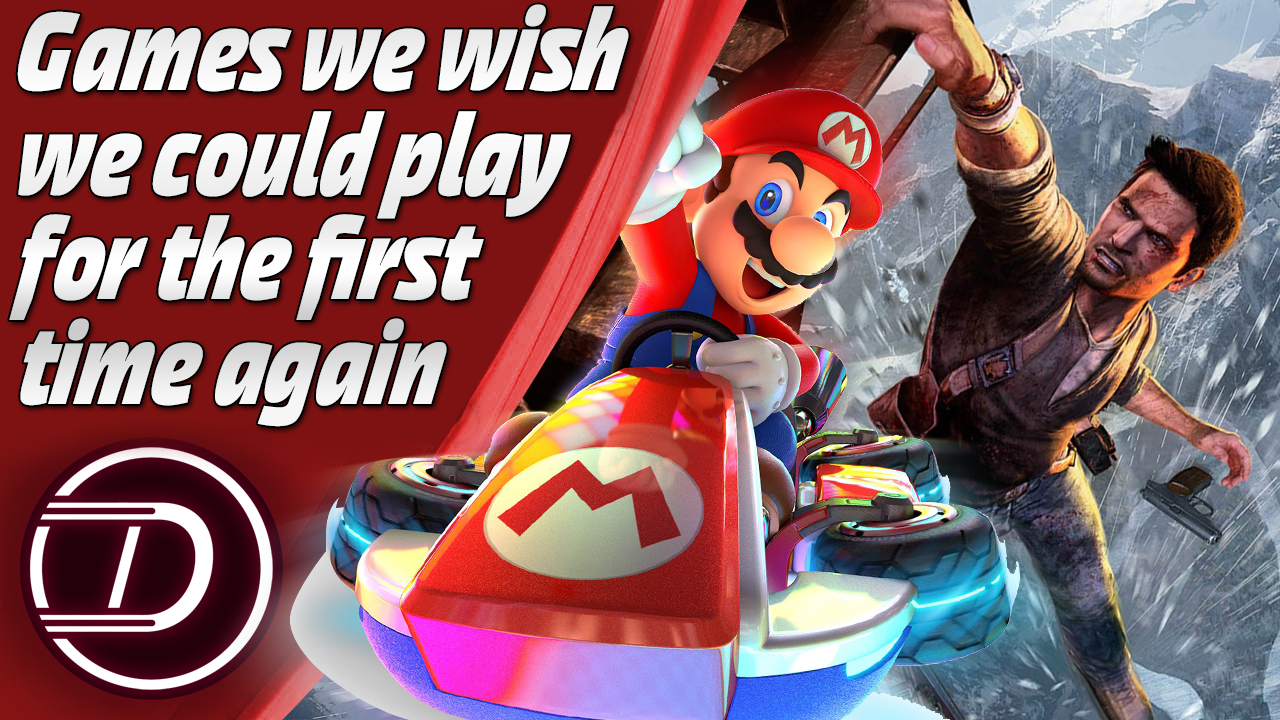 Welcome to another Team Tuesday. Here we look at a recent or upcoming game and talk about something related to that game. This week felt really nostalgic about pokemon because of the release of sword and shield and thought to myself “what game would I like to play for the first time again” so that’s what we are talking about this week.

I truly believe that if you haven’t played an uncharted game you’re missing out. Uncharted 2 was the first uncharted game I ever played and I played it blind. I bought it on a whim and didn’t even expect to like it. But, Ohhhh was I wrong. It was filled with levels that gave off feelings of wonder and excitement. Chapter 16 – 18 directly inspired “The last of us” Throughout the game the whole colors of the game change. At the right times, you’ll see bright and vibrant colors, other times colors will be grayed out. Especially in chapters 19 – 20 when what motivates you is genuine empathy for the village you are protecting. The whole game keeps you motivated to play without just an end goal of beating the bad guy. Nathan changes throughout the game he is a different man at the end of the game. He always changes throughout all the uncharted games but uncharted 2 just happens to be my favorite with the set-pieces and overall vibes of the game. It to this day has a nostalgic effect on me. And the sound-track is one of the best in all of gaming, I know that’s a bold statement but I’m willing to say it. It creates a narrative to allow us to grow alongside the game’s characters.

One of my all-time favorite games springs to mind this week; a game where I possibly had the most fun ever playing and that will stick in my mind forever. For me this week belongs to Super Mario Kart! Not the 64 version, but the original 1992 release on the SNES.
Long before my trophy hunting days, I could have spent hours perfecting the getaway from the line with Toad or drifting the corners with Princess. Mostly playing as Donkey Kong myself I recall how difficult he and Bowser were to master originally.
Their slow acceleration led to them being at the back of the pack most of the time if you didn’t know how to master them. Once you did though… they were damn quick!

A random fact about the game this week is that “Guinness World Records ranked it at number 1 on a list of the top 50 console games of all time based on initial impact and lasting legacy”. What a game!

There are so many games that have a special place in my heart because of a lot of reasons, but a game I loved so much that I want to play again is Radikal Bikers, an arcade game licensed by Atari.
I remember the old cabinet in the arcade of my town with a bike steering wheel as a controller… I don’t know how many tokens I put into it. The game itself is an urban competition between two pizza-delivery boys to see who can deliver their pizzas first and it was so hard to drive your bike in the urban crowded streets.
Unfortunately, the arcade closed and the cabinet was sold I don’t know where.
I feel so nostalgic because it was my childhood game and now I can’t play to it anymore, so yes, it suits perfectly in this article because I would like to play it again and again and again.

Like I said in the intro, pokemon made me feel nostalgic for 1 reason, Pokemon Ruby. I would love to play that game like its the first time again. That game was the first game that got me really interested in video games and probably sparked my love for them that has grown over the years. This is a game I sometimes still come back to these days but it’s not like how it used to be, the games has grown so much over the years but I still feel like that this is one of the best pokemon games ever made.