Games We Hope To See Announced In 2021 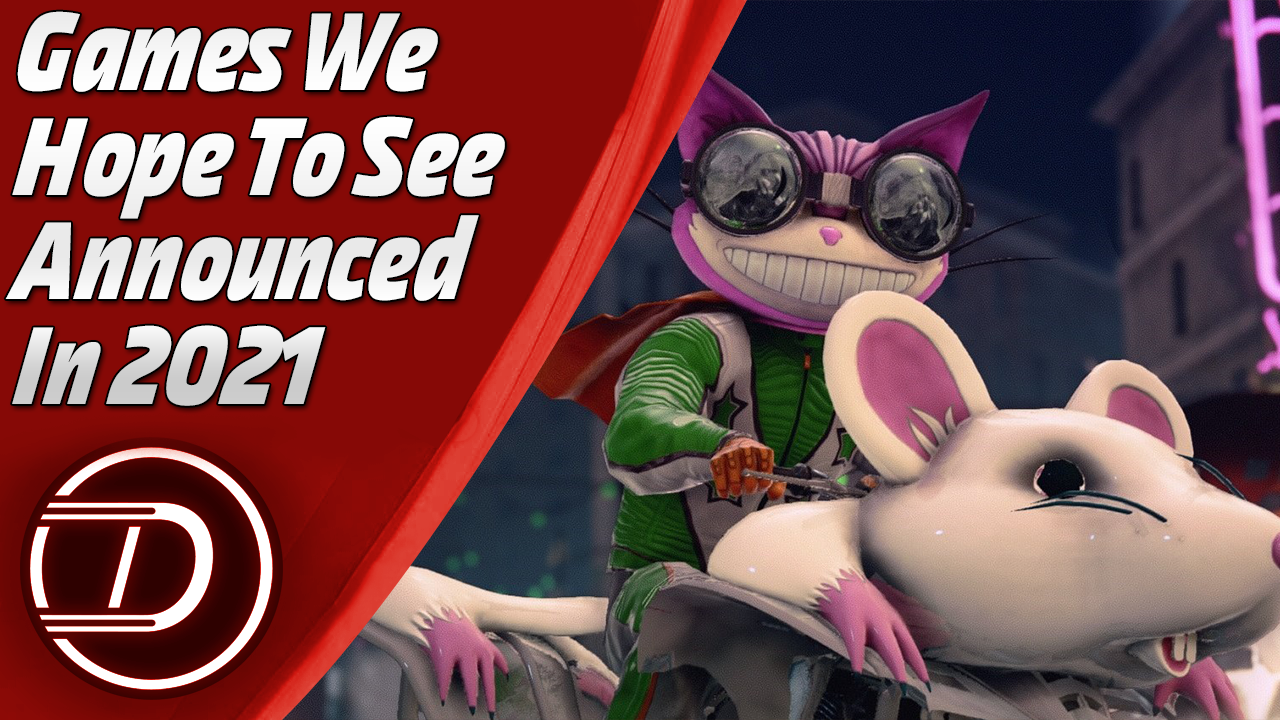 Welcome back to another team talk, where we share some stories, good and bad, and share our deepest and darkest gaming secrets (sometimes at least). Last week we finally saw the announcement of the long-time rumored Pokemon Diamond and Pearl remakes. So that really kicks off the announcements to come this year. So what are some Games We Hope To See Announced In 2021?

One of my favorite game series of all time has always been Saints Row, and it’s been about 7 years now since we saw a REAL saints row game. (Not counting Agents of Mayhem at least).

Agents of Mayhem was not the worst game, but it just was not a saints row game. Since 2019/2020 they have said that they are working on a new title in the saint’s row series on Twitter. So let’s hope we can finally actually see something!

I know, I know, “here’s Oni beating the same old drum”, but dammit I want it! How can Capcom release the first one remastered 2 years ago now, and then not give us a word on the next one!? I just want the entire series Remastered. But I know I won’t get it. So I’ll settle for the second. Or even the third! Just give me more current gen OniMusha goodness! Jubei and Samanosuke have been silent for far too long dammit!

EDIT: So I wrote this big long thing about wanting Outlast 3 and why I loved it and blah blah blah… Then I realized wait it has been announced hasn’t it?! Has it??! lol let’s try again XD

The Evil Within 3 – I’ve heard a few little whispers about this? But nothing solid. I think it would be very cool, I’m a big fan of the franchise, and have always said since day 1 that The Evil Within is my favorite game, just such a good unique game, so yea sign me up for more for sure!

Honorable shout-out: Would love to see a Life is Strange 3. That would be amazing. Personal and emotional storytelling at it’s finest.

Both monumentally epic franchise’s that I know I wouldn’t be the only one who would love to see more.

(Despite my confusion I’m still gonna link the Outlast 3 trailer below XD It’s so messed up which is what makes it brilliant haha!)

So last year I didn’t get my wish of a game I hoped that would release in 2020, so this year I am going for one that I feel has a great chance after some more recent releases.

This year then I am going for Call of Duty™ World at War – Remastered; hoping that we will at least see one more of the older COD games remastered and without the need to pile loads and loads of mindless DLC on top.

Having only recently (finally) Platinumed the original I am really up for playing it again and challenging myself through the Grenade Storm that is the Veteran run.

How good would this game be with the next generation power of the PS5!