Games We Hate To Love 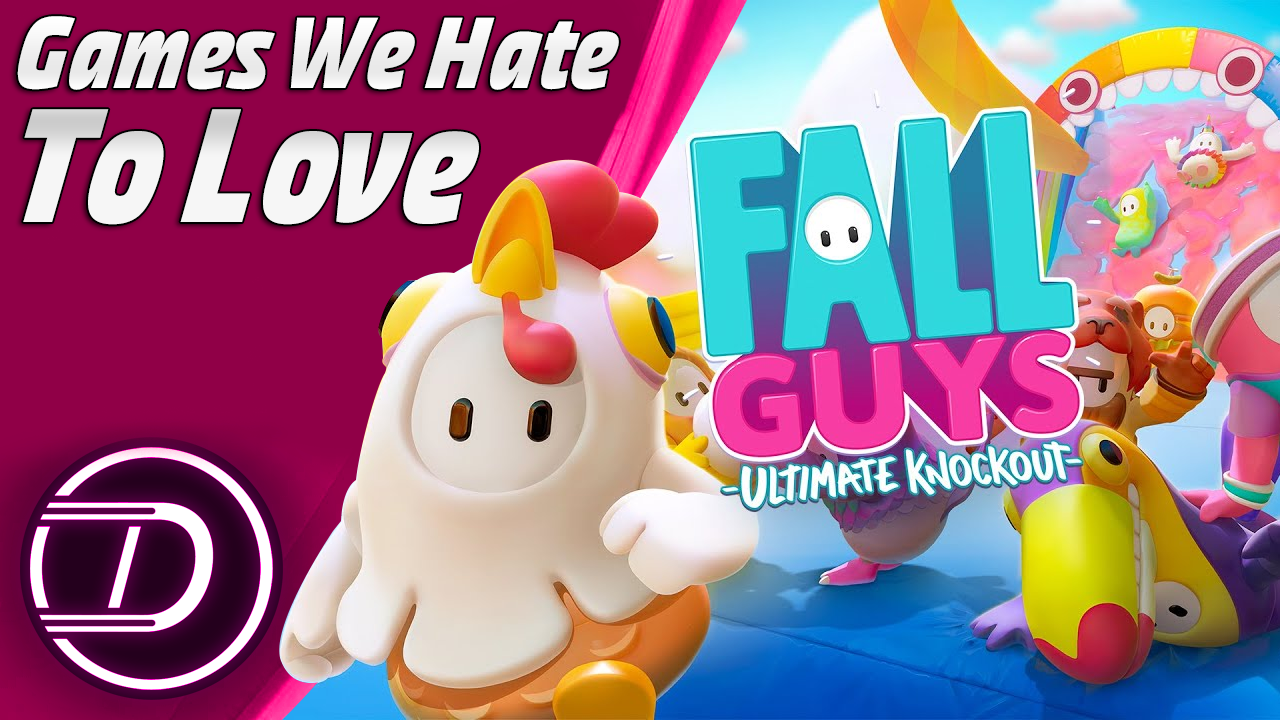 Welcome back to another team talk, where we share some stories, good and bad, and share our deepest and darkest gaming secrets (sometimes at least). This week it’s Valentine! And you can’t have love go smoothly every time. So this week we are going to take a look at some games we have a love-hate relationship with.

Fall guys for me is a game that really leaves a sour taste, the game is really fun to play for a little bit, but then you got the infallible trophy that just totally threw some dirt in my enjoyment for the game.

I like 100%ing games that I have on my profile currently, and that trophy seemed impossible, and trying over and over again and making it a competition ruined the game for me a bit.

BUT now I have gotten infallible on Valentine’s day! so I can enjoy the game again hopefully and get my platinum!

Fighting games. Like Mortal Kombat XL & Street Fighter V. I think they are sooo cool, mind-blowingly awesome and badass games! But… What I hate is how ridiculously bad I am at them!! And that unfortunately takes away a lot of my enjoyment when I’m not able to gel and progress through a game. I even bought a Mad Catz FightPad PRO controller in the hopes it might improve my performance but nope, still sucked haha!
It always ends the same way of me struggling a lot to try and get the trophies, and failing repeatedly, so the trophy lists stay incomplete on my profile, which makes me sad and throw my bottom lip out lol.

I do love them, but I hate how I can’t do them! *Insert sad pouty face!*

Everyone has that one game that they hate. They hate it with a burning passion, but at the same time, they love the absolute hell out of it. You don’t want anything to do with it, but at the same time you either can’t stop thinking about it, or in my case, you’re still playing it regularly! The game that I hate to love is none other than Rainbow Six Siege!

Now I still play this game quite regularly. The reason is that I still need the platinum, but also it’s one of my friends favorite games so we play it together. Even though there’s a lot of anger and hate involved. The level of entry for the required skill is ridiculous, and the game plays two separate ways. If you just play a quick match, you can expect people to play a certain way. It always happens. We can outplay some really high-ranked people. It’s amazing. But then we hop into Ranked Mode…..and it’s a whole different ball game. This is also where all the hate comes from. We yell, we rage, and we almost delete the game constantly, but at the same time, when we win we feel amazingly good. But hating the game is a regular feeling, even though it’s found a way to stay in our hearts forever!

The classic “I love playing”, but also “hate playing with a passion…..” For me it has got to be any of the Call of Duty titles.
I love this series, I really do, but boy do I hate the way Zombie mode has taken over with DLC on top of DLC.

I loved the Spec Ops missions in Modern Warfare 2 & 3, but the Zombie DLC’s of Black Ops etc is the reason I still have some unfinished titles on my profile. It is also the reason why I will not play another Call of Duty title despite the fact that I thoroughly enjoy playing them.

What do you think of the Call of Duty titles? What’s your opinion on the Zombie DLC’s?
Let us know in the comments section below.

S. Valentine’s day is gone and I went on “vacation” with my girlfriend and we finally completed Concrete Genie together.

However, I’m not here to speak about that, but I’m there to explain my hate-love relationship with a video game franchise… The Dark Souls one. I truly loved them a lot and they gave me tons of special moments.

Despite my love for the series, it’s also well known for its difficulty and punishing side that caused a lot of rage and a lot of hate for some parts of these games even though it was almost due to my mistakes. That’s why there’s a hate-love relationship between Dark Souls and me but I will spend again every second together while playing them.

Firstly, thank you to all that entered our giveaway from last week. It was great to see all the comments come in (even if they were purely for the chance of winning).
Without you all, we would not be able to keep producing the content we do, and we appreciate all the support you give.

Please send us a DM on Twitter to claim your $10 PSN Card by the release of the next DEXdotEXE Team Article on the 23rd February to claim your prize.
Who knows… maybe we’ll do another one soon!?