Games That Crushed Our Hopes And Dreams 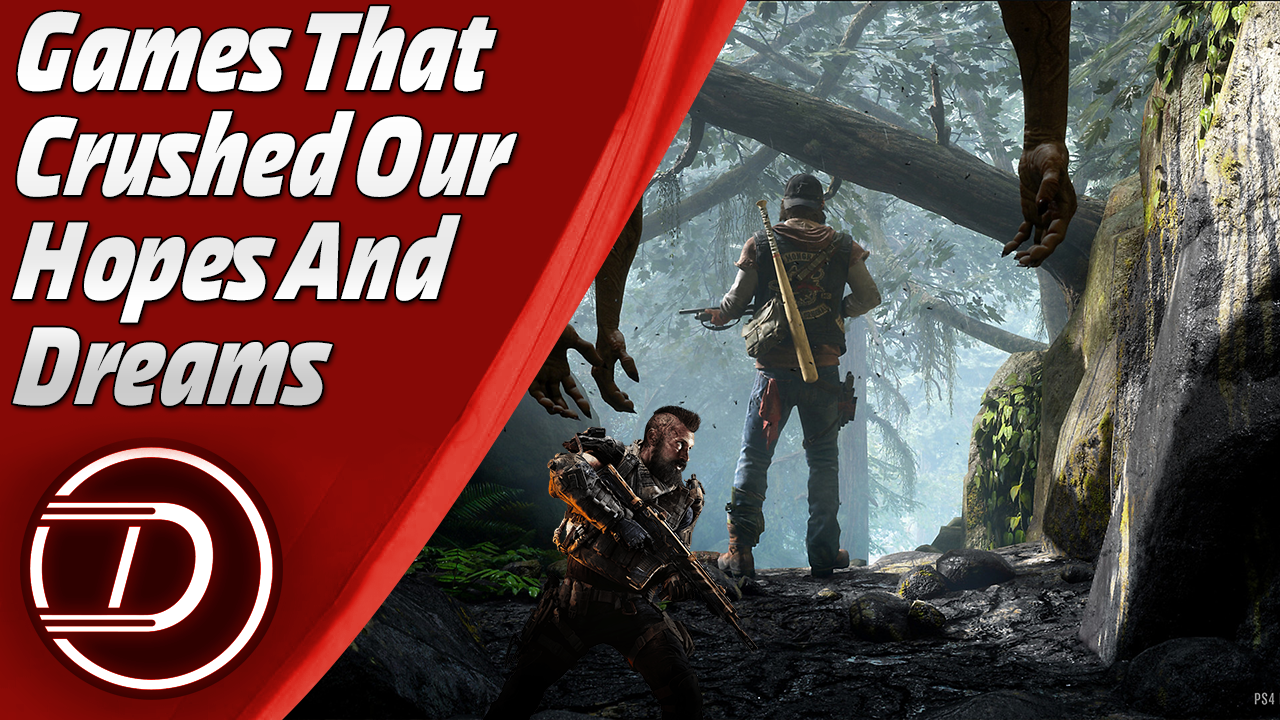 Welcome back to another team talk, where we share some stories, the good and the bad, and share our deepest and darkest gaming secrets (sometimes at least). This week Avengers is finally getting its next-gen update for Playstation 5. We all had some high hopes for it but sadly it was not received well. So what are some Games That Crushed Our Hopes And Dreams?

Some games are in development with a lot of fanfare. They get a ton of hype behind them, and then they release and shatter a lot of dreams. Like in most recent memories there was Cyberpunk! I’ve been racking my brain as to what game I was excited about when it was released, only to be let down, and the only answer I can come up with was Dead Space Ignition.

Now Dead Space Ignition was meant to be a prologue to the events that happen in Dead Space 2. It plays like a visual novel, with puzzles sprinkled in, with “multiple endings.” Except here’s the thing, none of the endings were very exciting, and there were only like 3 kinds of puzzles in it. Coupled with the really short run time, and the game was just such a letdown on every level. I mean it didn’t make me lose hype for Dead Space 2, but even when I replay the entire Dead Space franchise for fun, Ignition is the one game that gets left off the list.

Slightly tricky topic for me as generally I am easy to please with games, I can look past flaws, I’m not one of those… moaners that like to rag on games! Lol I normally love them all! So after some thought, the only thing I can think of for me personally here is Days Gone.

I remember I was sooo excited, had it pre-ordered for months, was mad hyped like a kid at Christmas counting down the days till it would arrive. The concept of the game seemed sent from heaven; I love motorbikes, I’ve had a few, I have many friends in biker gangs IRL, it’s just part of my culture. & of course I’m a big horror fan and zombiphile haha zombie-obsessive! So it arrived. And within the first day the hype stopped there. I played it, and I’ve honestly never been so bored in a game. I was shocked. The monotony god the monotony it was a dreadful drag -_- It had so much potential and promise for killer gameplay and story but nope, it just had you doing the same thing over n over again. It grew so tired so fast. I cannot describe my disappointment. Each day instead of being excited to play it, I just wanted it done like a chore you’re trying to avoid. Needless to say after getting the plat I have NOT gone back to do the DLC.
And to add salt into the wound, it was broken. It was reaaally broken. A whole disgusting mess of problems/glitches/bugs. It just ruined everything. Ok my favorite part (about the only unique part about the game) was when you were chased by an e n o r m o u s horde, that would be exhilarating, but check out this crazy clip I took from my own game to see how the problems even ruined the hordes for me. Garbage BS. :

I’ve played a lot of games in my life and I’ve waited for some titles for years just to be disappointed after trying them. Luckily, this bad situation just happened once but unfortunately, it happened with a title I was looking at since its first announcement in 2007.

Previously named “Project Trico”, The Last Guardian was presented as a Playstation3 exclusive then delayed due to a lot of complications.
This project remained silent and disappeared without any more information about it until 2015.
In fact, during the E3 event, the game has seen a new light as a Playstation4 exclusive, and finally, it also had a release date!

The hype was through the roof again until that awful day… When I tried it I was completely upset because the game, despite the long waiting, was impossible to consider that as a Playstation 4 game.
Laggy, tons of frame drops and bugs, awful Trico’s AI and commands… It was a complete nightmare and I was really annoyed.

So I don’t really have high hopes for games these days anymore nor do I pre-order every game anymore. But there was 1 game I had some really high hopes for, that game being Call of Duty Black Ops 4.

Don’t get me wrong, I enjoyed the game and it wasn’t the worst one out there. But after Black Ops 3 it just didn’t feel as good (Black ops 3 being one of my favorite Call of Duty games ever.). The game was just so much slower and the maps just didn’t get me that same feeling I had a few years prior. And the zombies…. yikes, it looked like a mess compared to how black ops 3 worked so I didn’t even really touch that. But for what it was worth, I still really enjoyed the game.

PS. I’m currently playing avengers and it’s actually not that bad atm, but I heard the bad starts after completing the main story, and I’m not there yet.