Games On The PlayStation 2 That We Loved 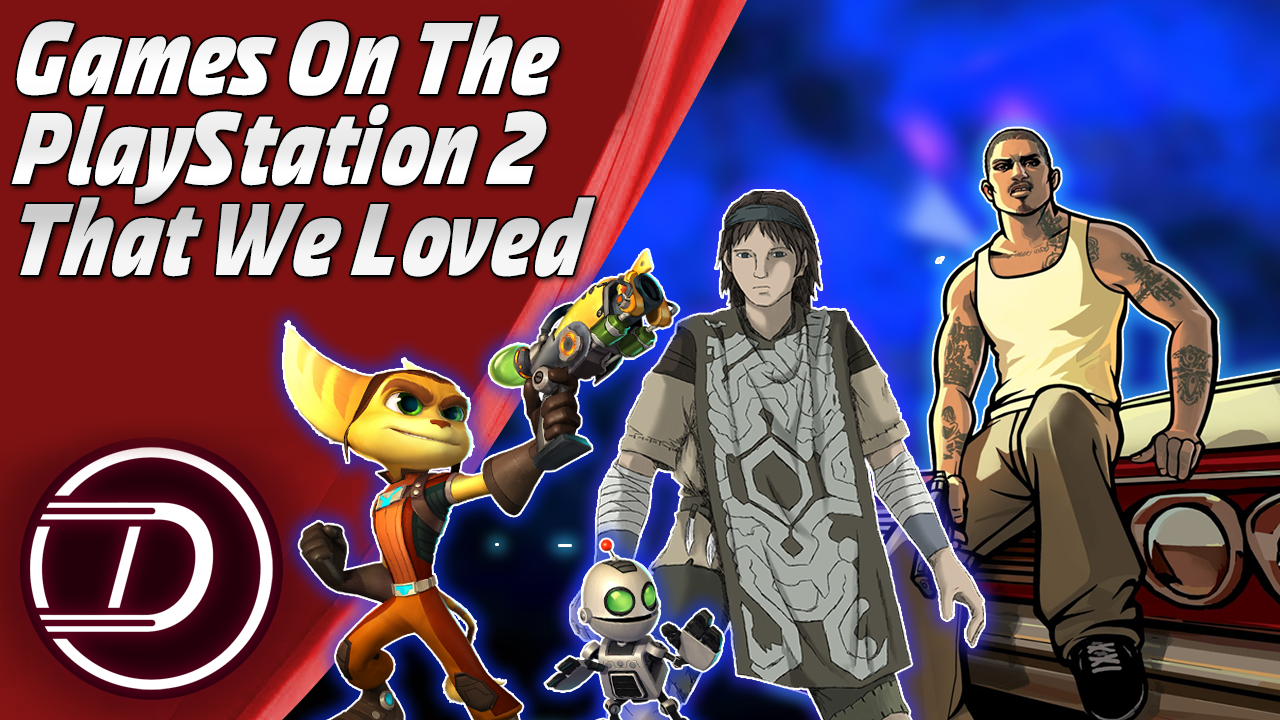 Welcome to Team Tuesday. Here we look at a recent or upcoming game and talk about something related to that game or just tell some tales of our video game adventures. Last week was the 20th anniversary of the PlayStation 2, so we decided to take a look at some of our favorite Playstation 2 games.

Casting my mind way back to my early gaming days, this is one that I’ll never ever forget! The Getaway from Team Soho is certainly a blast from the past, and to be brutally honest if you tried it now you would think that it has not aged well…

This game was inspired by classic British gangster movies like “Snatch” and takes place in an open world London, where the storyline follows 2 distinctive routes of Good & Bad as you battle your way through to the ultimate ending.

If you’ve got a spare couple of hours be sure to give this one a go. This is one game I would live to see as a Remaster that’s for sure!

Originally, I was going to pick my favorite ps2 game of all time. Grand Theft Auto: San Andreas. But, then I realized that I never played GTA: SA on the ps2, I played it on the PC, so when I was thinking of a game that I did play on the ps2 and loved. Only a few games came to mind and the best of them? Shadow of the Colossus.

While Shadow of the Colossus is widely considered one of the best games on the ps2, this is definitely a love it or hates it type of game. With interesting gameplay and a dark depressing atmosphere, this game is very different compared to other games. Shadow of the Colossus doesn’t have much of a story, so don’t expect that to be the reason you keep playing. The game is surrounded by mystery and Team Ico the creators of the game don’t mention much besides the fact that this is a prequel to Ico. It’s mostly the interesting way the game progression works, You go from one colossus to the next. To a degree, this game is just holding down a button and stabbing a weak point. But, I thought that it was still epic to climb these giant beasts and take them down.

Most of this game gives you the feeling of loneliness, there are no side missions, no side enemies, Just the empty land, your horse and the colossi you fight. Some might not like this, and that’s understandable, but I love it. This game is great, and the PS4 remake of the game is one of the best remakes ever done for a game. I highly recommend everyone to try the game.

The PlayStation 2 is the first console that I really got into and kinda started my love for games and one of the games I played maybe 100 times on there is Ratchet and Clank 2. This game was so amazing, it had a great story and a bunch of different things to do in it. I’m still hoping that the rumored PlayStation 5 Ratchet launch title is gonna be a reimagining/remaster of this game because I would not put that down for at least a month.

The Playstation 2 era was the best and the first one for me. I was a child when I received it for Christmas… Good old memories that will always remain in my heart. From here, my gaming life has started and I played a lot of videogames on it.
I remember amazing titles like Guitar hero 5, Shadow of the Colossus or WWE Smackdown VS, RAW, but I can’t think about anything else if not Grand Theft Auto San Andreas when we speak about the Playstation 2.

This game was amazing and I spent a lot on playing it: story, free-roaming, cheats, secrets and easter eggs… it was epic. Every time I was turning on my ps2 there was something new to do on my mind. I followed the damn train I don’t know how many times but each one had a new result. I even cried a lot when I finished the main story… What a game it was… I also remember the cooperative free-roaming. My friends and I had a lot of fun while going crazy around the city.

I know there are better titles on ps2, but this one has taken a place in my heart and I will never forget it. Happy birthday Playstation 2 and thanks for every single moment we have spent together.

Just recently, the Ps2 had its 20th anniversary. This console was a behemoth, and to this day is still the best selling console ever. Sure with a large library, came with a lot of bad games, but there was also a major amount of awesome, amazing games. My favorite is personally, OniMusha.

OniMusha, for those who don’t know, is Resident Evil, except in Feudal Era Japan. You play as Samonosuke, who is charged with saving the Princess of the land, only to find, it’ll be harder than you thought. You soon find out that demons have infested the castle, and with demons, come to the resurrection of the demon lord himself, Nobunaga Oda. So you have to work your way through the castle, to save the princess and kill the demon lord, all while gaining new weapons, and upgrading them, and striking down enemies with your blades!

Sure this game ended up having 2 direct sequels and a revival title, and some spinoffs, but the first one will forever and always be my favorite of the games. Sure it may be short and have its flaws, but I could play it over and over and over without any issues!