Game Series We Can’t Say No To 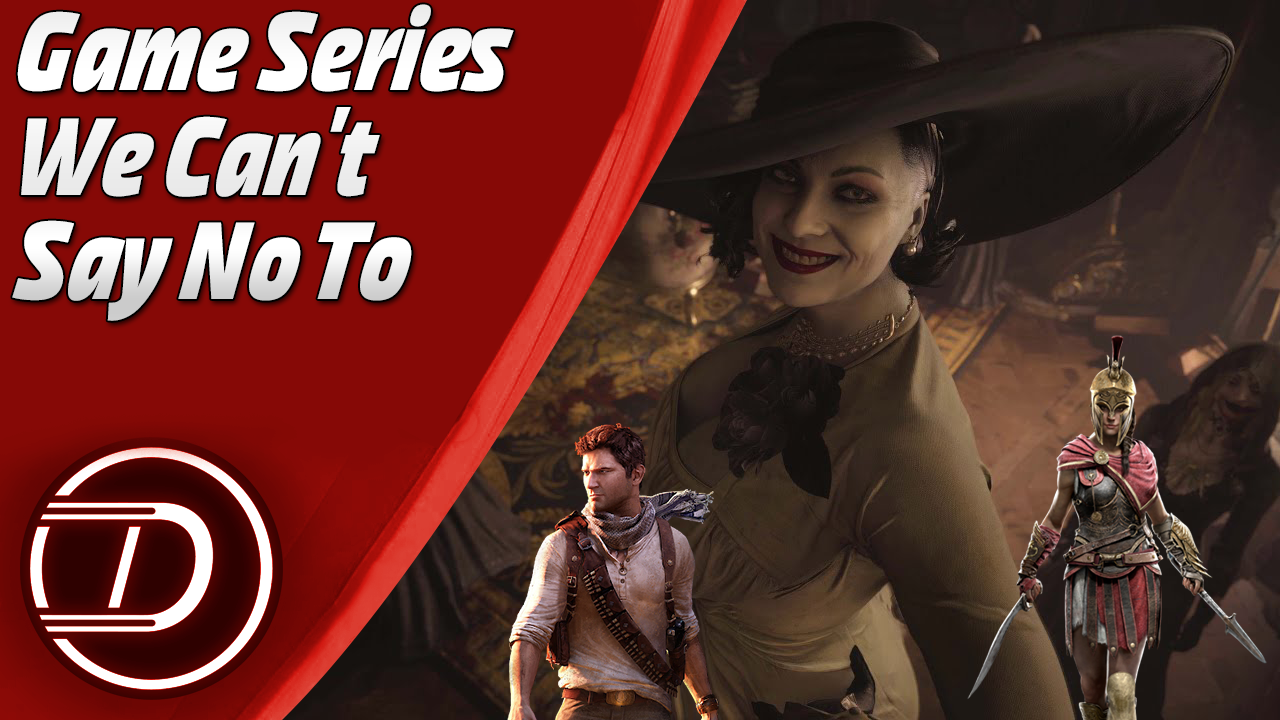 Welcome back to another team talk, where we share some stories, good and bad, and share our deepest and darkest gaming secrets (sometimes at least). This week we will see the release of a beloved game series…… Persona 5 Strikers! and some of us (dex….) can’t say no to that. So this week we are going to check out some Game Series We Can’t Say No To!

Persona! here we go! finally another great game I can talk about…. but I’ve talked enough about persona here already, so let’s take it to another series I have talked about probably multiple times, Assassin’s Creed!

A game I always have to pick up and play day 1 is for sure Assassin’s Creed for me. Since the 1st game I totally got dragged into the series, even tho I only started with the series when brotherhood came out and when I played that at a friends house… It’s a real shame I didn’t get to know a franchise I now know and love that late.

This series is till this day still the game I look forward to most every year and always will hold the top spot in my games of the year, some of them even some of my favorite games of all time, like Assassin’s Creed Odyssey.

There are some things we can’t say no to, ever. Pizza, chicken wings, energy drinks, junk food. But then there’s some game series that come out that we can’t say no to every game that releases. Whether you think it’ll be terrible or not. I have plenty of series that I can’t so no to, but to keep in line with my recent obsession, I’m gonna say that the series for me right now is Resident Evil!

We are 2 ½ months out from Resident Evil 8, and I am so very excited for it to release. Heck I may even buy it day one! But it also comes bundled with a new multiplayer experience called “Re: Verse” that I’m honestly looking forward to as a stupid fun time, and I just can’t say no to the entire package that comes with the game! Heck, I even really enjoyed my most hated Resident Evil that I played recently, which was Code Veronica X! So I can’t say no anymore to this series at the moment.

That is a double win for Resident Evil cuz like Oni it has to be my answer for this too! I. Just. Love. It! There’s loads of RES games now but that just makes me happy keep the party going I’ll chow down on them all nom nom nom gimme that RES content more content all the content nom nom nom nom nom XD
It is classic horror perfection and I will love it till the end of time. I also love seeing it’s evolution through all the dif decades and console gens, I adore old skool RES even with it’s tank controls just as much as I adore the new slick polished AF latest instalments. I will never tire of the zombies and I will never tire of the characters, or the stories and gameplay, it hits my spot every time!
Here’s the trailer for the new announcement of the glorious one we’ll get next, Resident Evil: Village. Pre-Orders available now! Get HYPED!

You may well guess my choice this week as I am such a big fan of this series. I love the racing genre in general, but the series that tops it for me has got to be MotoGP™!

Yes another mention for Milestone S.r.l in our weekly articles, but I just can’t explain how good it is to have these games every year!

I have previously played a number of Formula 1 games throughout my PlayStation journey, but a few years back the series went way to heavy with the online portion of the game and it ruined for me. MotoGP however seems to get the happy medium for me every year, with the mixed of offline historical challenges and a slight involvement of online multiplayer.

I am so hyped for April 22nd when I can experience MotoGP™21 with the next generation power of the PS5!

Did someone say Pizza? Give me a slice immediately! I can’t say no to pizza and you should say that as well because pizza is life.

However, I’m not here for the pizza (Unfortunately), but I’m there for a series I can’t say no to it…
Mine is the Uncharted one as I’ve played every single game of this amazing franchise.
Doesn’t matter if it’s going to be a good one or not, if there’s its name on, I’m going to buy it nonetheless.

At the moment, I loved every single chapter of this series and I hope to see a continuation of the saga.