Everything You Missed From The Dragon Quest 35th Anniversary Stream 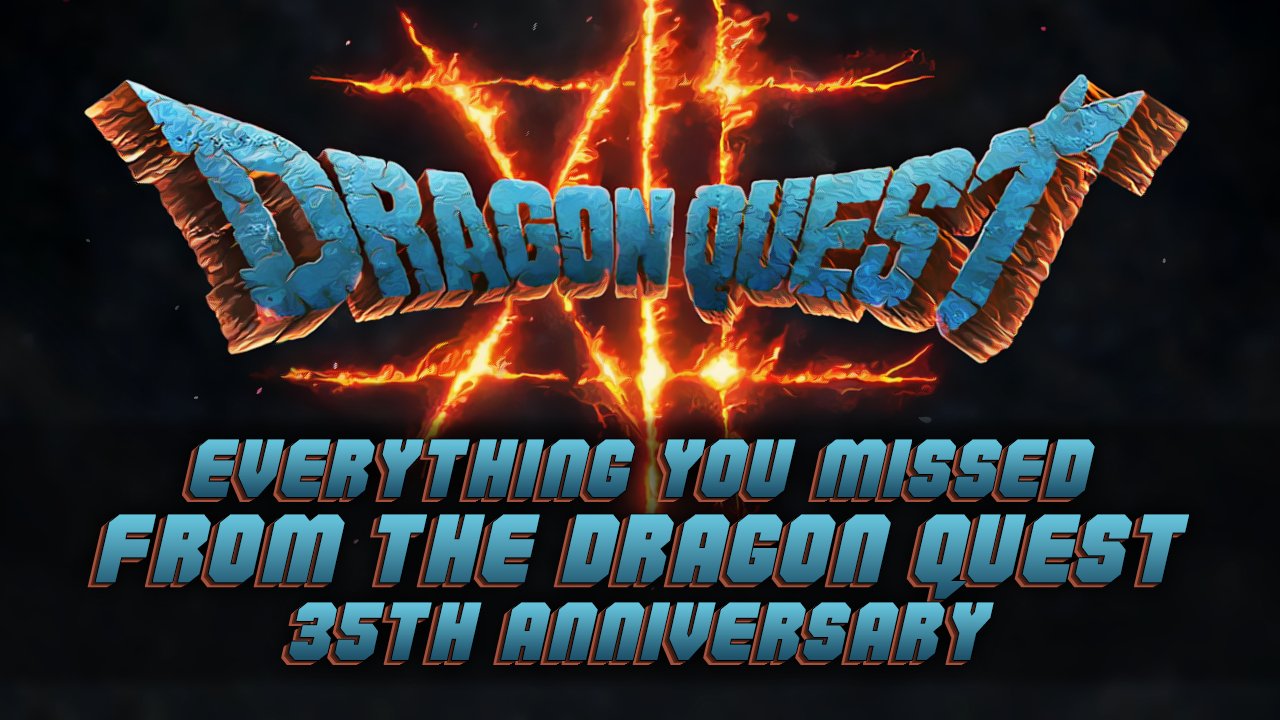 First off, the one thing I’m super excited about is the Dragon Quest 3 2D-HD Remake. This is going to be remade, in what looks to be the Octopath Traveler engine. So it’s a cute, chibi-like aesthetic, with some gorgeous effect. The main question is though, will there be new content? Although even if there isn’t, I’ll be happy with an exact 1:1 remake, because the last time I played this game was almost 20 years ago! You can check on the trailer down below!

The next game that was announced was Dragon Quest Keshkeshi, a free-to-play mobile game. Unfortunately, it just looks like a basic puzzle game to kill some time on the go.

We then had the next big update shown for Dragon Quest X, which unfortunately isn’t available in the west, but if you can read Japanese, and play this online MMO, you can be very happy to know the next big adventure is coming! Dragon Quest X Offline was also revealed. Now whether this will include all of the content from the MMO, or will be available to the west, is yet to be known. But here’s hoping it is available. I’ve always been interested in playing the game, but the language barrier made it impossible. So I’m hoping for the best!

Dragon Quest Treasures was also announced. Now, this is going to be a spin-off with Erik and Mia from Dragon Quest 11. It’s not exactly chibi-style artwork, but the character designs also look smaller in comparison to their original look. It was also said that this won’t be a typical RPG. But it also looks like it’s going to be 3D judging by the trailer we got. It will also be released worldwide, all at once! So no waiting for the Western release! There’s a trailer below if you’re interested to see a quick sneak peek.

Last but not least, we had the big news of Dragon Quest XII – The Flames Of Fate! The game a ton of people were patiently waiting for after the two iterations of Dragon Quest XI. Not much is known about it, but we do know it will “be for adults”…whatever that means. So I can only imagine it will be dark, and violent, and not as cheery or silly as others! All we can do is speculate though, as it was only briefly talked about and nothing more was shown. But I have high hopes. As it is Dragon Quest and they are always grand adventures. But now I really want to play Dragon Quest 11, as it’s been on my shelf for a while…so I just might! Here is the very brief reveal trailer as well. Credits to YouTube channel GamersPrey for the available video.

There you have it. All the new Dragon Quest news. 6 reveals, technically 3 new games coming out, and a possible Western release of a Japan-exclusive MMO. Have you played a Dragon Quest game in the 35 years it’s been around? If so, what one is your favorite? What are you most excited about with this news? Everything? Nothing? Let us know in the comments, or in our discord!