Disney is back with a new world but familiar faces 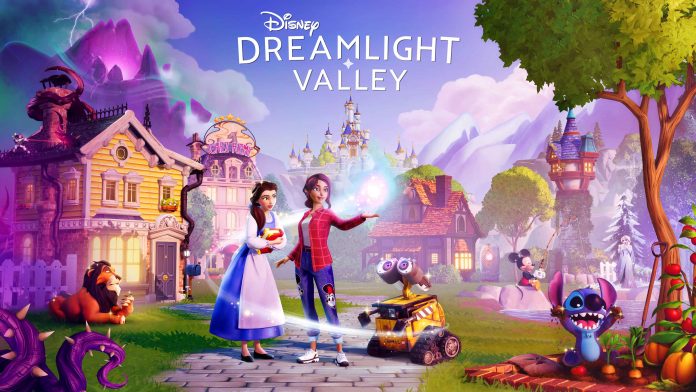 After a pretty long absence, there is a new game on consoles and pc with a wide variety of Disney characters in 1, and it’s a blast to have a game like this back again. With characters from older franchises like Mickey Mouse and the Sword in Stone to some newer ones like Moana, the game has a few characters for everyone, with a lot more to come like the just announced Toy Story world and Lion King coming soon.

Disney Dreamlight Valley is developed and published by Gameloft. The game released in early access on Xbox One and Series X|S (Free on Game Pass), Nintendo Switch, PlayStation 4, PlayStation 5, and PC on September 6, 2022. Save the Disney worlds from the forgotten in this Life-sim adventure game.

In Disney Dreamlight Valley you will play as your own character that you make and get transported to Dreamlight Valley. Here you will find Merlin, but 1 thing is wrong, he doesn’t remember anything anymore due to all the vines that cover the world called “The Forgotten”. Merlin gives you some small instructions and off you go, get rid of the vines and bring back some memories. During your first step in the Valley, you will meet with Goofy and Mickey and they help you get some tools like a shovel, fishing rod, and a pickaxe to clean up the world a bit.

The story will bring you to a lot of cool (literally a snow area) places in your valley but also some epic realms that you can access from the castle. Every character has its own story that you can follow that gives you upgrades but also lets you just learn about the game more. For example, for Mickey, you will help him garden a bit but then he remembers Minnie, and together you need to figure out how to get her back into the world, and that is just simply remembering her.

Currently, there are only around 15 Disney characters that you can invite into your valley, but there are a lot more to come and some that are already there are a bit of a surprise, like Mother Gothel that I didn’t even remember existing. There are already a ton of characters announced that are coming without a date like Stitch, Olaf, Simba, Ralph, Belle, and a ton more.

Like I mentioned earlier, every character has its own story (with some crossover) and its own level tree you can upgrade by doing things around the world. At every level you will get a reward from furniture, to coins, to clothing. But not only that, some of the quests are locked behind the character levels, so to level them up you can pick a skill for them that gives you more rewards when you do that specific thing. You can also make food for them in the restaurant, give them gifts and do some daily talking to them to learn more about them.

The game does get a bit grindy at some point where you need to farm coins, levels, and “dream shards” this isn’t really a problem most of the time because you can do that while doing quests, but at some point, you just do the same things over and over again and makes the game feel like a daily 30 minutes play session like how you just do a few tasks in Cozy Grove.

Visually the game is just amazing, it feels so cartoony and everything just fits together great, even the things with some more realism to it like stuff from the WALL-E Realm. There is 1 area though that feels kinda dark and makes things a bit hard to see at some points. This is mainly because there isn’t an option for gamma and the daytime cycle is also based on your actual time, so if you play in the evening, the game is also darker.