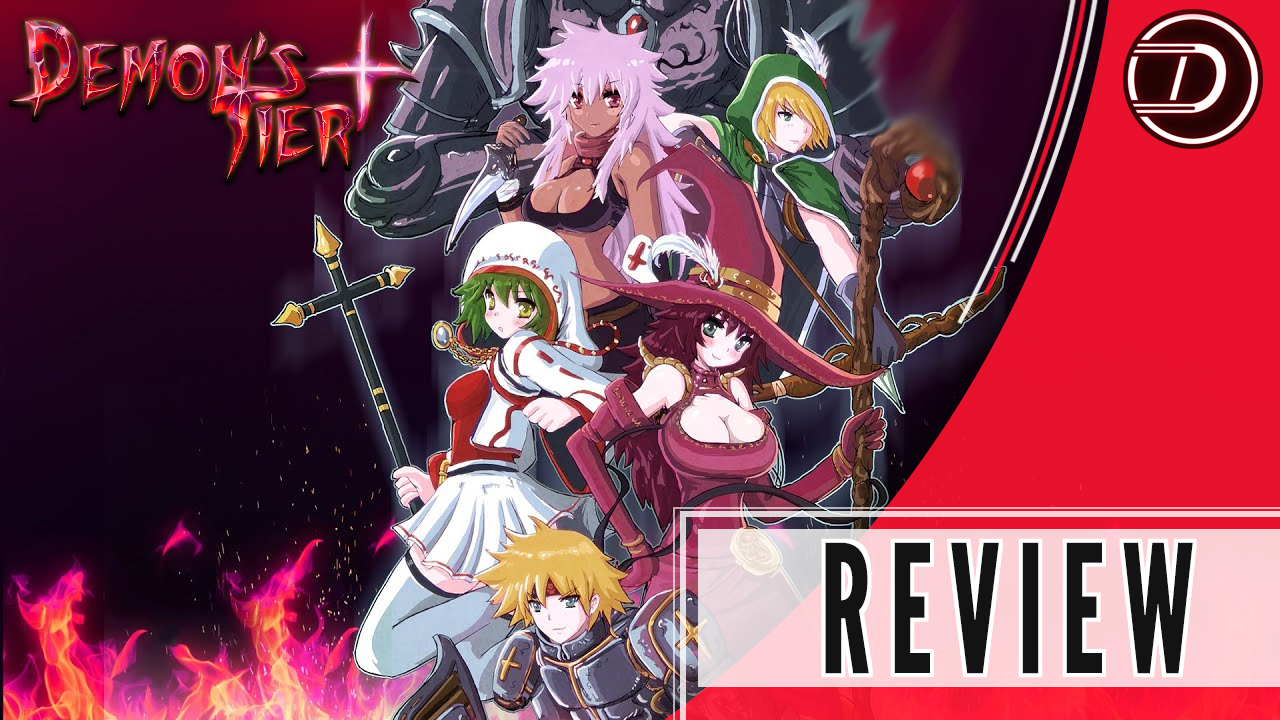 In a town, with only 3 buildings, there lives a hole filled with monsters! 1,200 years ago, King Thogar brought ruin and death, by accepting infinite power. But that came with sacrifices. Then, a hero showed up to defeat the evil monster that he had become. The world was nice and peaceful….until now! You now control a hero, tasked with destroying that evil again!

The story is really, really basic, if I’m being honest. After each area, you get a brief cutscene that plays out like “ohhh look at this new creepy place! Quick! Onward to fight more evil!” Nothing ever gets too extreme, or hectic, and I never had that feeling of “I GOTTA SAVE THE WORLD QUICKLY!”. This is only because of the gameplay. There’s a tiny little twist in the story that I partly never saw coming, but at the same time, I never fully cared. I was never invested in anything. There’s even three different endings! Hooray…..

The game plays like a twin stick shooter. You get to pick from 8 classes to play as. 1 is automatically unlocked as you start the game, you have to unlock 5 with the in game currency, and then you unlock the other 2 as you finish each ending to the game, with the 3rd ending not unlocking one. Now, the thing is, they all play exactly the same. You pick a character with a sword and expect to melee enemies? Nope, you shoot swords at enemies. Literal swords. There is no melee in this game. The classes all have abilities to them though. Some share the same effect. Sometimes you can defend from all damage for a few seconds. Or you can lay down some sort of explosive! Or, you can heal yourself, which makes the game much easier. The only this is, gameplay is always the same.

You start at the beginning of the 15 floor dungeon. You have to clear a random objective go move on from each floor. It’s only a handful of objectives though. From killing all the enemies, opening all the chests, or destroying all the bombs. Nothing too taxing. You can’t even b-line through the dungeon. Then, there’s the bosses. All of them consist of roughly the same pattern. Dodge the bullet hell of damage, while constantly shooting. There’s some bosses where you have to block to reflect some attacks back. But it’s not often enough. Even then, that’s the only new mechanic tossed in!

As you progress through the dungeon and destroy stuff, and open chests, you get gold. At the end of each floor, you get to buy upgrades for you character. Now at first I was diligent with grabbing every gold piece. But little did I know at first, the upgrades DON’T STAY! When you die, literally everything is back at level 1. So you never truly feel like you’re making progress, until you get that one good run. Just one. I would’ve liked a random upgrades from chests constantly. That way I would’ve known I don’t get to keep them. If you manage to make it through your first run, you at least unlock an OP character. Then you can run it two more times for alternate endings….yay! Too bad nothing changes. Same design, same bosses, same “story”. Sure you get some “alternate endings”, but unless you’re a trophy hunter, it’s really not worth the hassle.

Luckily the graphics look nice. Things explode nicely, everything has a nice pixel art to it, and the dungeon has a nice dark look to it. But of course, there’s some not so good things. In the third area of the game, there’s red on red on red on red, and it looked so bad, my eyes hurt. I was lucky I got through it. Then the boss? Oh I hope youre not epileptic! This boss takes up 3/4 of the screen and flashes white anytime it gets hit! So it’s constantly flashing. Who thought this was a good graphical touch!? Then, there’s spike traps that blend in with the floor, to the point where you don’t know if it’s a trap, or part of the floor scenery. It’s ridiculous! So many bad things, even though, the game itself looks awesome!

Other than wanting to play it for trophies, there’s nothing here. No reason to play as another class. The dungeon doesn’t mix itself up. There’s no random items that give random perks like most roguelikes. The bosses are always in the same order. There’s not even a score mode to try and beat your friends at!