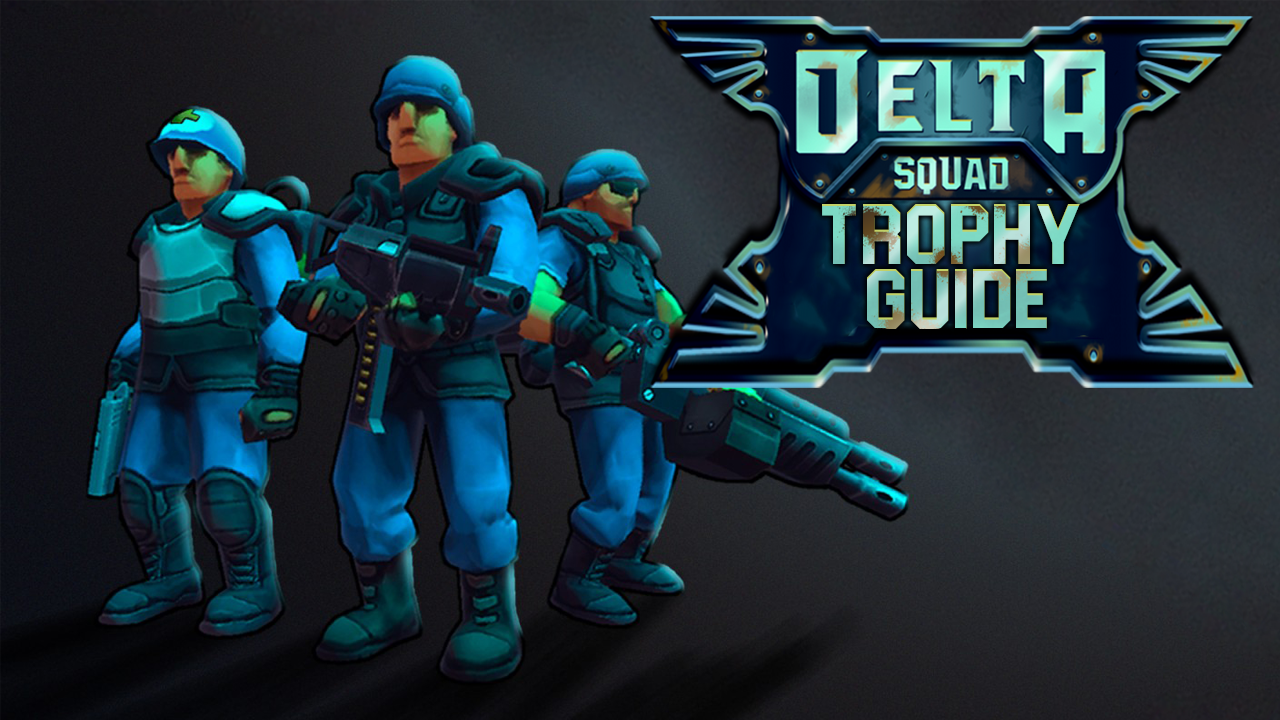 Welcome to Delta Squad Trophy Guide! An arcade game based on the good old ’90 shooter arcade games but with a modern graphic and gameplay.

You can proceed anyway you want, just remember to play the game on Easy as there are no difficult related trophies and the game can be hard to manage in some points if you play on harder difficulties.

Step 1: Campaign Mode
During this step, your main focus will be to complete the first stage of the Campaign mode. You will simply start by choosing what character you want to use:

The best class to use during the Campaign mode is the Medic because of the huge damage it deals. In fact, during level-1 there are a lot of turrets which need to be taken down quickly to avoid being killed. Other point in favour of this class is that it has Medikits as secondary weapon which allow you to heal yourself too.

In order to complete the level, you need to do some missions so make your way through the objectives by following the white arrow behind your character’s feet until you reach the last area where a boss awaits for you. After beating it and completing the level, in this step you should have earned these trophies:

Step 2: Survival Mode
During this step, you need to do 10 waves of enemies in the Survival Mode. Remember that you don’t need to complete them all in a single row but the total of completed waves need to be 10 in order to get the

MegaSurivalist trophy.
Use the Heavy or the Infantry classes during this mode as it can fire a lot of bullets and there are 2 trophies which can only be obtained using grenades.

Step 3: Cleanup
This step is pretty useless as every kill related trophy will pop normally while playing the Survival Mode. However, your main focus her is to “grind” kills by completing waves and to get the 2 grenades related trophies just in case you have missed them. 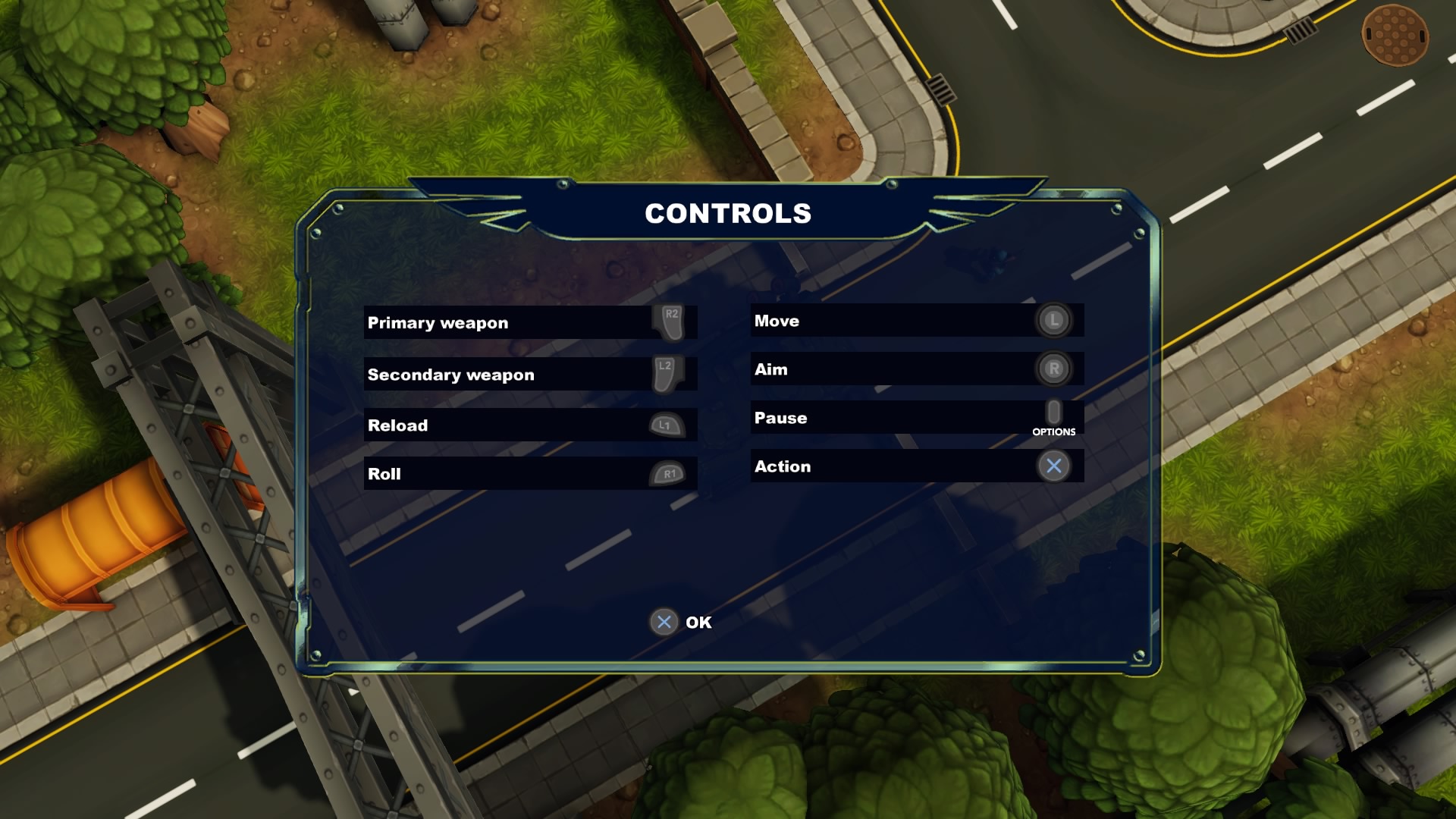 There are 5 levels in total, but you just need to complete any level you want. The easiest level is the first “Miniland“.
To complete a level you need to be in Campaign mode. Each level has some missions that you need to finish to make progress through it by following the white arrow behind your character’s feet until you reach the last area where a boss awaits for you. After beating it and completing the level you will get this trophy.

To get this trophy, you need to use your secondary weapon. Do use it, simply press the

button during the game and the trophy will pop in no time.

GLITCH WARNING: It has been reported that if you lose all your lifes while trying to beat the boss, it may happen that the boss can disappear when you respawn and you need to restart the level over again in order to make him appear again. In order to avoid that if you have no more lifes, you can join the game with a second controller just before entering the boss room so the new character has 3 lives and you can kill the boss without issues. Read further to find the best strategy on how to cheese the boss too.

Bosses are found at the end of any level of the Campaign Mode. He’s the thoughest enemy of the game and deals a huge amount of damage, so be carefull while you face up him. Luckily if you do the first level “Miniland” there is a fantastic way to cheese it: get close to him and keep running in circles around him while shooting. This way he won’t hit you and his grenades will be uneffective.

Tanks are the most infamous things of the game as they deals tons of damage and are very though. In order to destroy a tank, position yourself far away from him until you can barely see it but you can it hit. This way you can fire on the tank without it firing on you (This method works for turrets too).

The first tank you will find is while doing the second mission on level 1 “Miniland“. 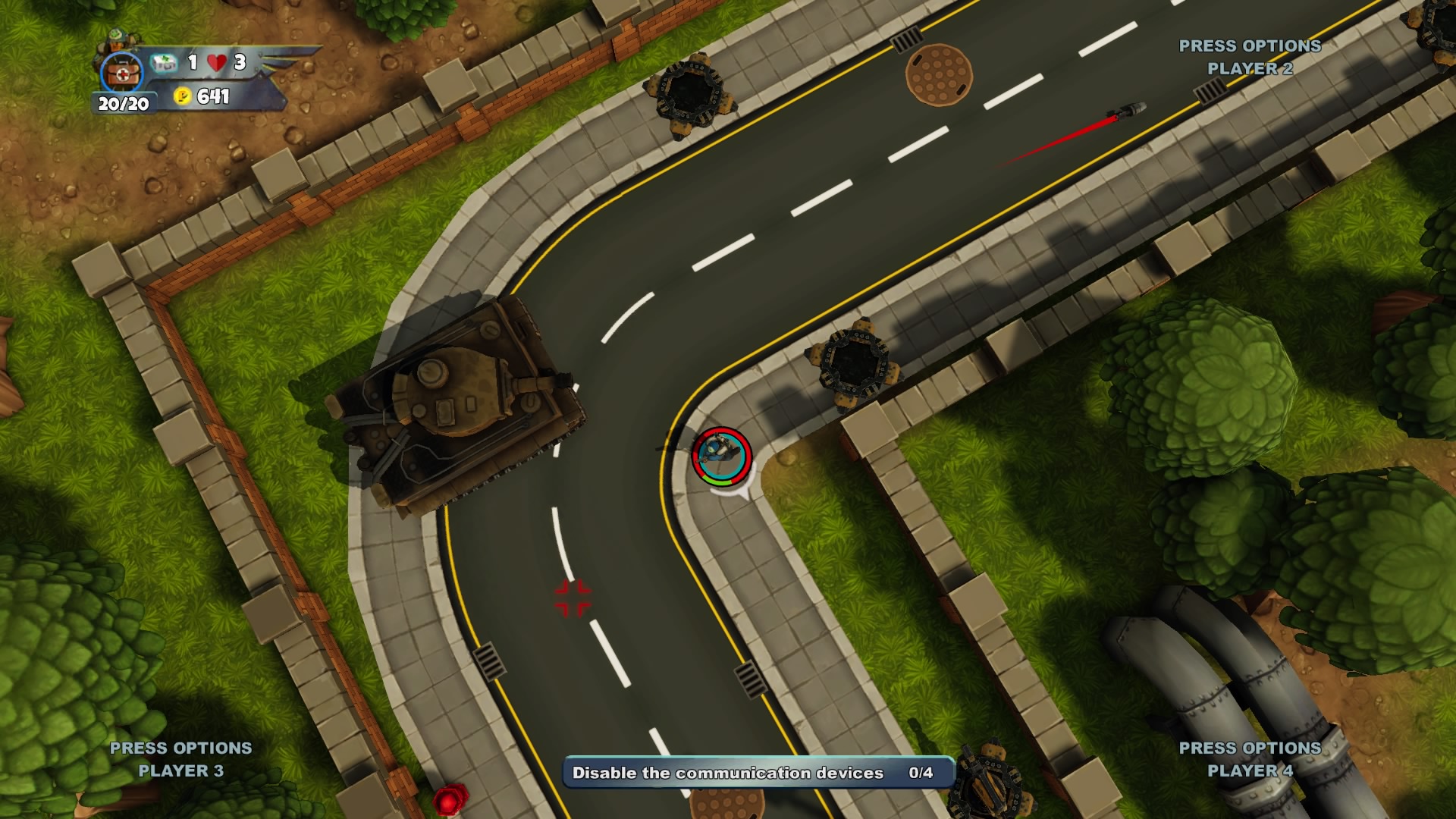 Heavy Soldiers carry a minigun as weapon. You can find tons of them while playing on Survival Mode. Keep doing waves until you unlock the trophy.

Engineers Soldiers carry a shotgun as weapon and they shoot a pink of bullets so they are easy to recognize.You can easily find them while playing on Survival Mode. Keep doing waves until you unlock the trophy.

Infantry Soldiers are the most common troopers of the game, so you should not have any trouble to kill 50 of them. You can find tons of them while playing on Survival Mode. Keep doing waves until you unlock the trophy.

To do this trophy, simply select the Medic class, press

and pick up the medikit you have left on the ground. This is the fastest way to achieve it, but if you want to use another class you can get it while playing on Survival Mode (Wave 4).

You can get this trophy easily on Survival Mode. You can do it in the first wave but to ease it, leave this trophy until you reach higher waves as more enemies appear.

Let the enemies group together, then with the Heavy or Infantry class, press

and try to throw the grenade where there are more enemies. If you kill 3 enemies with a single shot, you will get

Bullseye trophy and if you kill 5 enemies with a single grenade, you will unlock this trophy.

In order to get this trophy, you need to play in Survival Mode.
This mode is based on infinite waves of enemies that you need to kill in order to survive as long as you can. You have 3 lifes so if you die you can resurrect and you will get some medikits within the waves. In order to ease this trophy an do it in a single sit (not necessary as the waves are cumulative in more than a run), select the first level “Miniland”, choose the heavy or Infantry class and keep moving while shooting. When the thougher enemies come, get close to him and run around him to avoid grenades. When you reach a total of  5 waves you will get the

Survivalist trophy and when you reach 10 waves, you will unlock this trophy.