Delisted Games We Wish We Could Get Back 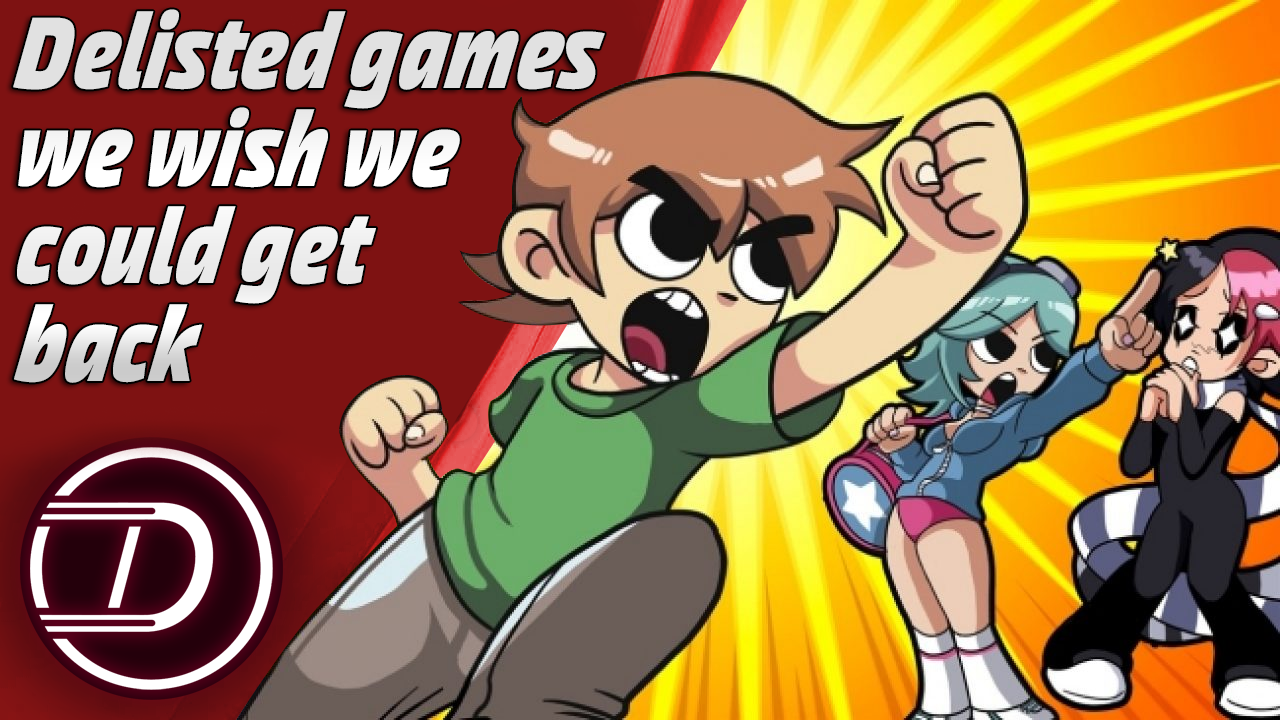 Now that 2021 officially has started we are finally getting some new games…… or see some old ones returning? Scott Pilgrim vs. the World: The Game is finally returning after getting delisted in 2014 so what are all the games that are delisted but wish we could get back in the digital stores again?

Well, the game i was hoping for is the reason we choice this weeks topic! Scott Pilgrim vs. the World: The Game is the 1st game i actually bought digitally on the PS3 and remains a game i wanted to replay for a very long time!

The game really has a special place in my heart because of that, i never wanted to buy digital games but this made me hit the switch and started my journey to digital buying.

The digital age is here. Sure it’s nice and convenient, but at the same time, it sucks. Sometimes after long amounts of time, games get delisted from digital stores. Whether it’s because a license expired, or the game was really bad, or the company got sued. There are some games that were really good though, and will be missed.

In this case, I gotta talk about Transformers Devastation. It was a beat em up, developed by Platinum Games, and it was in the style of old Transformers. You could play as a handful of Autobots, and play through the story, while leveling up and finding new gear! Sure the platinum got boring and repetitive, but the game itself was so fun and I really enjoyed it!

So what delisted games do you love? Or what ones would you like to see a come back?

This week I’m going for a game that many of you may have never heard of and a game that was delisted even before it officially released.

Ridge Racer: Driftopia came to the PS3 back in August 2013, and as a Sony Beta Tester at the time I was able to get access to the online only game with a handful of other players.

The game, “developed by Ridge Racer Unbounded’s Bugbear Entertainment” was a brilliant idea that had cars battling it out against each other in an arcade style racing format, but unfortunately it did not live up to the hype. To couple with the issues of the “online only” game at the time, it was riddled with bugs and terrible feedback from its testers.

My main issue with the year long Beta Test was that it never made it out of Beta and was closed down, and has left me with a measly 3 out of 20 trophies earned!

Have you ever heard of this game? Share your thoughts and experiences in the comments below.

When de-listed games are brought up, one always comes to mind… Deadpool (2013) This is not a game for everyone, but if you like Deadpool, then you’ll love this game. It’s so fun and perfectly executed.

This game was unexpectedly de-listed. Why? Licencing issues… I have a physical version of the game on the PS3. I got the platinum and then got a free copy for PS4, I then made the mistake to sell my PS4 version, because who would platinum the same game twice?.. I hate myself. I would love to replay this game, I would love to replay it on the PS4, and I sold my copy for $10 used. Like a fool.