The best-looking racing game ever made! 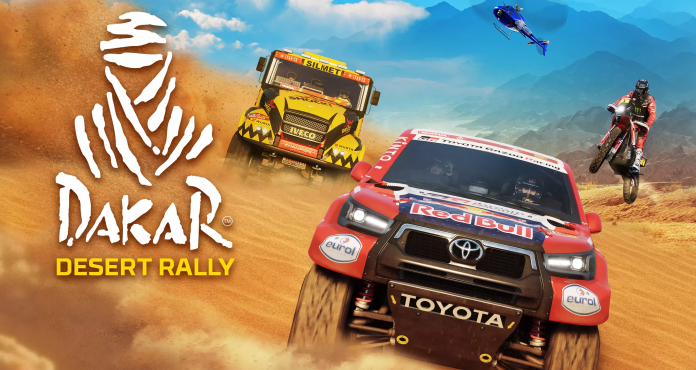 Visually, Dakar Desert Rally might be the most beautiful game I have ever played. The deserts and surroundings are just so gorgeous to drive around it that you sometimes even forget to pay attention to the actual driving and crash.

Let’s start off by saying, I’m not great at racing games, and that really shined through with Dakar Desert Rally in the beginning, not only did I actually get distracted by how beautiful the game was, I’m just really bad at steering. With games like Forza Horizon, I actually never noticed how they change the driving setting depending on how bad you are. Sadly, in Dakar Desert Rally you are stuck with what you get and you don’t have any accessibility or difficulty settings. So if you are not used to racing games, this might not be the game for you, but if you don’t care or want to learn, this game is perfect for you.

You can drive 5 different types of vehicles you can drive. There are motorcycles, cars, trucks, quads, and SSVs. In the tutorial, you can try all of them out and see what fits best for you and they all steer and drift very differently. That kinda got the best of me in the 1st minute while driving the motorcycle and I drifted off out of nowhere and got hit by a car…

While the things mentioned before were a massive dealbreaker for me in the beginning when I pushed through it and did the races, I just felt like getting better and better although I did have to do some races multiple times due to how bad I was, sometimes it was not really something I did, but weirdly the bots. Sometimes, the bots would just randomly drive into walls, turn full-on into you to crash you and just try to let you either win or fail on purpose. I’m not sure if this is normal in the real Dakar, but it was really fun to see happen sometimes.

As mentioned in the intro, Dakar Desert Rally might be the most beautiful game ever made. Everything looks perfect and it just looks like you are watching an actual picture. In the storms, it would even feel like you are in an actual one, but that actually made the game harder at some points with all the wind and rain happening all around you, but then again, Dakar really is hardcore and a deathly sport in real life as well.

It’s just an amazing game, but in the end, I did wish they added some accessibility features to make the drifting out happen less and to ease up the steering a little bit because it made the game a lot more hard than it needed to be. You really do need to concentrate a lot on driving and the course. There is this guy talking constantly giving you info on the track, the way you need to go, how far it is till the checkpoint and if you need to turn, and even what type of turn it is. It’s extremely immersive and it’s just perfect even if you like racing games just a little bit because it really takes racing to the next level.