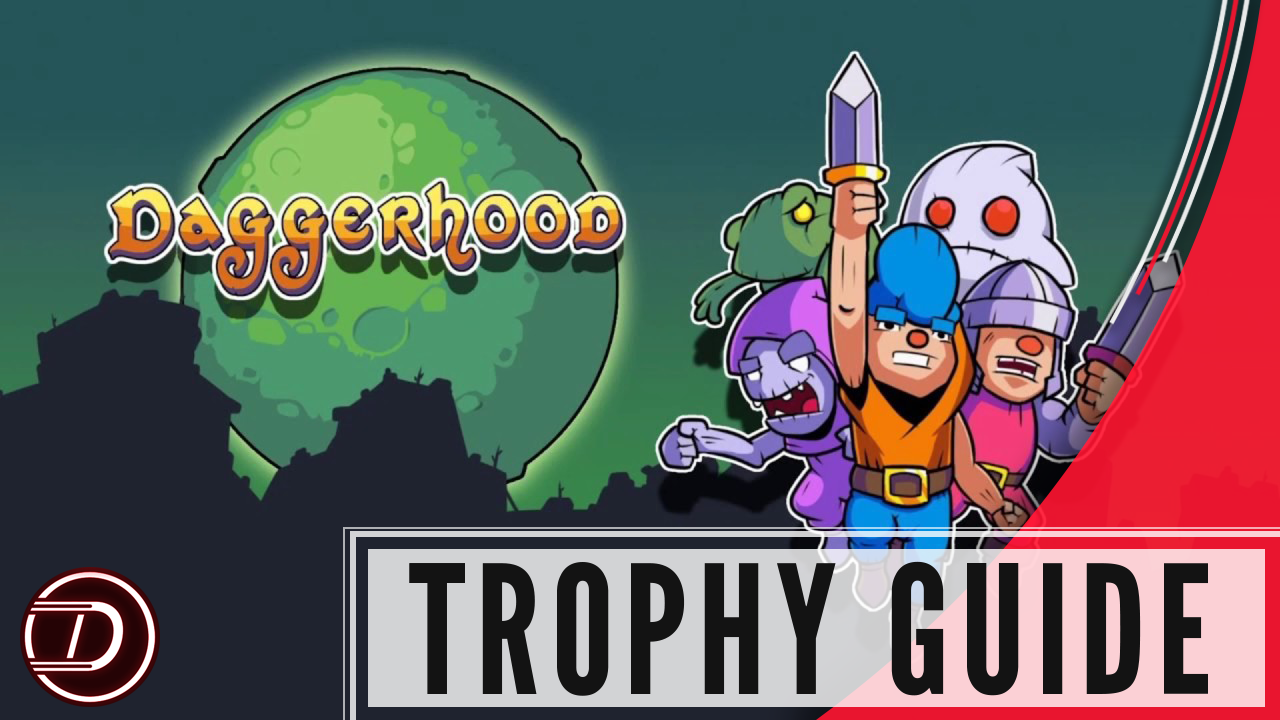 Welcome to the Daggerhood Trophy Guide! Play as Daggerhood, a thief who has finally been caught and thrown into the pits of a cave! Find your way out and steal treasure while you’re at it in this fun little platformer!

Step 1: Play the first 12 levels of the game

Simply play the first 12 levels of the game. All the trophies can be obtained within this small window of levels. Nothing is missable. You might have to play each level a couple of times each, but they last less than a minute! After you have the platinum, feel free to experience the rest of this fun little game too!

This poor guy was just doing his job

I deserve this and much more

This is harder than I thought

I’m sure I can escape now!

Congratulations! You can now buy bread

It’s worth nothing down here

This is not going to end well

In order to obtain this trophy, you have to kill 1 enemy. Enemies appear from level 4, onward. To kill an enemy, simply hit an enemy with the dagger by hitting

and the trophy will unlock when they die.

In order to obtain this trophy, you have to simply die once. This is easy to do on the second level as there are spikes all over. Simply touch one to die. When you die, the trophy will unlock!

For this trophy, all you have to do is complete the tutorial level. After you finish the level, the trophy will unlock.

In order to get this trophy, simply complete level 3 of the game and the trophy will unlock.

This trophy requires you to finish level 6 of the game. After you complete it, the trophy will unlock.

This Is Not Going To End Well for more information on the times that need to be beaten for this trophy.
This trophy requires you to simply get 3 stars on 3 different levels. To get 3 stars all you need to do is beat a level in a certain amount of time. So this on 3 levels and the trophy will unlock. Refer to

This Is Not Going To End Well for more information on level times.
The requirements for this trophy is getting 3 stars on 10 levels. The way to get 3 stars is by completing each level in a certain amount of time. You don’t have to collect the fairies or treasures, just focus on speedrunning the level.

The times needed for the first 10 levels in The Caverns, which is the first section of levels in the game, are listed below: