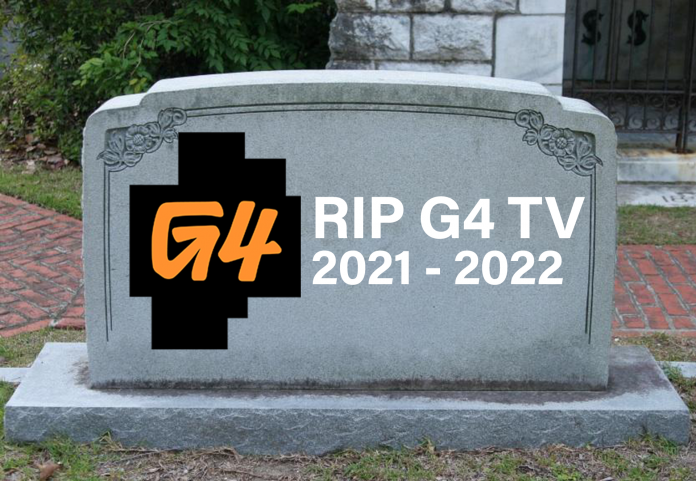 According to Deadline, Comcast pulled the plug on G4 TV a year after its comeback from its original cancelation in 2014. A memo has been sent out by Dave Scott to everyone at G4 TV announcing that it’s being shut down effective immediately.

During its comeback, G4 TV has picked up a lot of up-and-coming creators such as Fiona Nova (prev. Achievement Hunter), Will Neff (Twitch Star), Austin Show (Twitch Star), Xavier Woods (WWE Star), Jirard The Completionist and more. Some of the creators (Ovilee May) left earlier this year, but some of them like Jirard were not as lucky and found out on Twitter that they lost their job.

Currently, it’s unknown what will happen to the shows currently being run like Hey Donna by Will Neff and The Price is Right by Austin Show. A new Season of Love or Host has also been announced yesterday by Austin Show that is supposed to start in November.