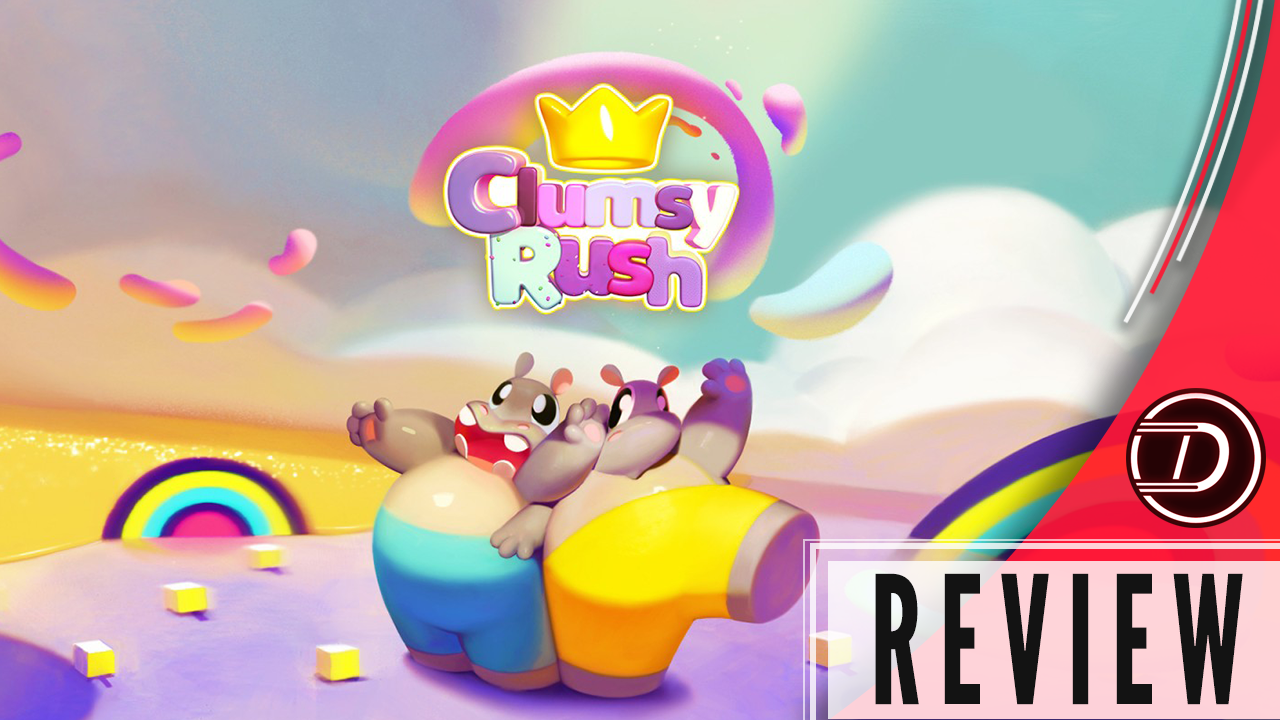 Clumsy Rush is a party/co-op type game developed by RedDeerGames for the Nintendo Switch and Xbox One. The goal of the game is to get the crown to the finish, but with a handicap.

At first, by looking at some screenshots I totally thought this was gonna be some weird Fall Guys rip-off with Hippos instead of the beans, but I was disappointed because that would have honestly been better than this game. Sadly I think thing game is supposed to be played with 2 people but I played solo.

So the goal of this game is to grab the crown and waddle to the finish line with some really annoying controls. You need to alternate the triggers to take steps, at first it looked really cool but it turned into a really frustrating game that just made me wanna spam the triggers pretty quickly after starting the game.

every level is kinda randomized but there are not a lot of variations in the levels, so after playing it for about 20 minutes I kinda felt like I had seen all the levels with nothing new to offer. With that, it feels like there are actually more character skins than actual levels, this wouldn’t have been a bad thing if there is a lot of variation or just more to the game itself, but there isn’t.

On the topic of skins, they are all also randomized, but I saw the same few characters most of the time but in the menus, it does show a ton more than I never even got to see. I did get a former president (Orange man) most of the time and that was kinda a weird inclusion to have into this game because it doesn’t really feel like this game is the right place for stuff like that and it just felt really out of place for some reason.

there really is nothing in the game that makes you wanna keep playing solo, you just grab the crown and walk frustrated to the finish line. There are some cards but to use them you needed to drop the crown so that was kinda useless to even use. There are no unlocks, there is nothing to collect and there is just no feeling of progression. You just do the same circle without working towards something and without any satisfaction to keep on playing.

The only thing i really loved about this game was the nice colors and visuals, but because there isn’t a lot of variation, it did kinda get boring to look at the same 6 things over and over again. But the colors mixed really well and the visual style they went for was really nice to see.

Sadly this game is just really boring, there is nothing to do and nothing to work towards. As a coop game this might add a few more minutes of fun, but it’s only local coop, nothing online. the only saving grace this game has is the nice-looking visuals. Maybe as a bigger multiplayer with more people online, it could have been more fun, but at its current state, I would give this game a hard pass unless you have someone to play with at that moment, and it’s on sale for less than 1$.