Grab a partner for some 'Morta n' Chill' this Valentine's Day 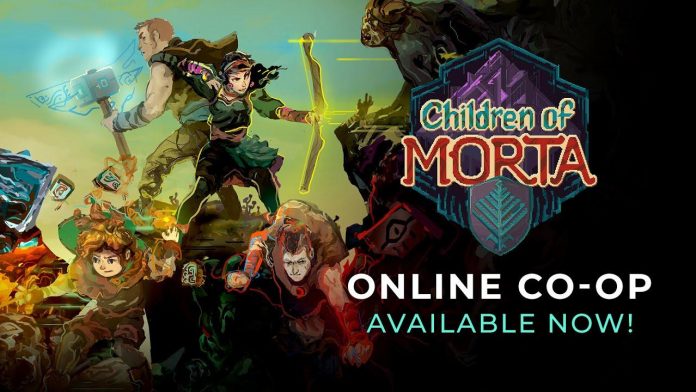 After much anticipation, Children of Morta, the rogue-lite hack-n-slash RPG from Dead Mage and 11 bit studios, welcomes the ‘Fellowship Sanctuary’ free update to Steam. Introducing online co-op to an already stellar experience, players will be able to connect together to fight the Corruption from anywhere. As part of the celebrations, Children of Morta will be free to try on Steam for a limited time.

11 bit studios would like to assure their valued console players and Children of Morta players on GOG that Dead Mage is still hard at work on these platforms, as well. While there’s no release window just yet, their goal is to ensure these experiences are fully on par with Steam, and they thank everyone for their patience and understanding.

The heroic Bergson family began their epic journey with the launch of Children of Morta in September 2019, and the online co-op update marks the eighth and final stop on the game’s Development Roadmap. Previous updates introduced new difficulty levels, the chaotic Family Trails mode, a new playable character, and more. In addition, the ‘Paws and Claws’ charity DLC helped raise thousands of dollars for Humane Society International.

Children of Morta will see big discounts on Steam – 65% off the base game, and 60% off for the Complete Edition, containing both paid DLCs (Paws and Claws charity DLC/Ancient Spirits new character DLC) – during the same period.