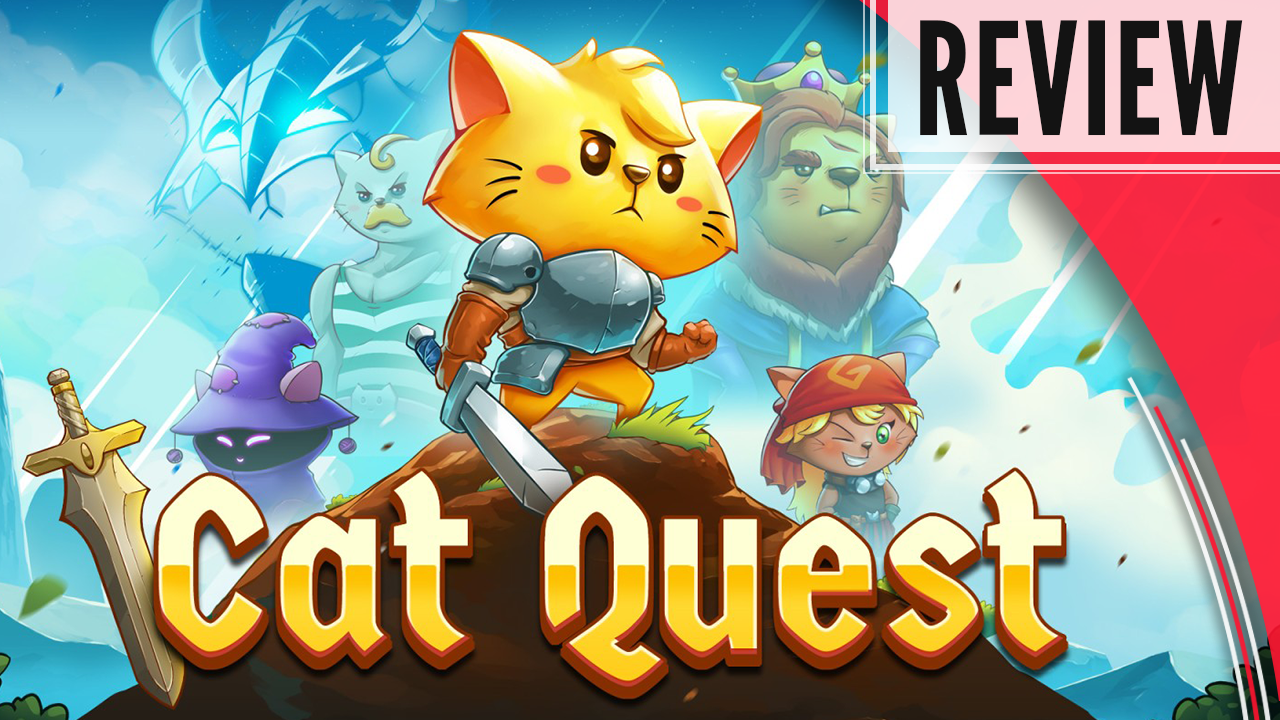 Cat Quest is an RPG-type game where you play as a cat and try to save the world from many dangers. The game is Developed by The Gentlebros and Published by PQube Games. The game is available for Android, iPhone, Playstation 4, PC, and on a Tesla car(?).

I’ll start off by talking a little bit about the story. The story of the main game is pretty simple but the real story is within the world, every sidequests gives the world so much more character and makes the world feel really full. There are so many sidequests that all have a bigger story attached to them, there is a merchant selling tainted meat, there is a glitch in the matrix that duplicated an entire village and you even can help the developers of the game to defeat a powerful enemy.

The main quest of the game is also pretty big but also feels kinda small at the same time. There isn’t really much to it and it’s really simplistic, but that doesn’t take away from how awesome it still was. There are plot twists, great bosses, and a big mystery.

The game has a pretty distinct style that perfectly fits the style of gameplay while not making the game look boring. There are different areas in the game that all have their own theme. It’s pleasant to look at because of the cartoony style that just makes the game totally have a special vibe.

Combat is the game is fairly simple, you can swing your weapon, roll and use some magic. You can upgrade these things with the coins you collect and by opening chests, the level of your gear can go up. But, this seems to be random and doesn’t give you a chance to level up the gear you want. but there is some overpowered stuff that basically makes the other gear useless. Gear can also be upgraded by buying chests in the gear shop, but this is also random.

The magic in the game is pretty cool, there are a few towers scattered around the map where you can buy a new power, you can also upgrade them in these towers. every power has a different element so using the right power against the right enemy can be really helpful at some times.

The world feels really vibrant and alive, there are nice colors to look at everywhere, and also always an NPC or enemy on screen giving the world of cat quest a feeling that there is always something happening around you.

Sadly there is no real replayability, once you have completed the game and have gotten all trophies for the game, there is really not much to come back to other than to grind out a ton of coins and get some more levels on weapons, but that is basically worthless.

Overall this game is a blast to play. You will for sure have a blast playing this game.