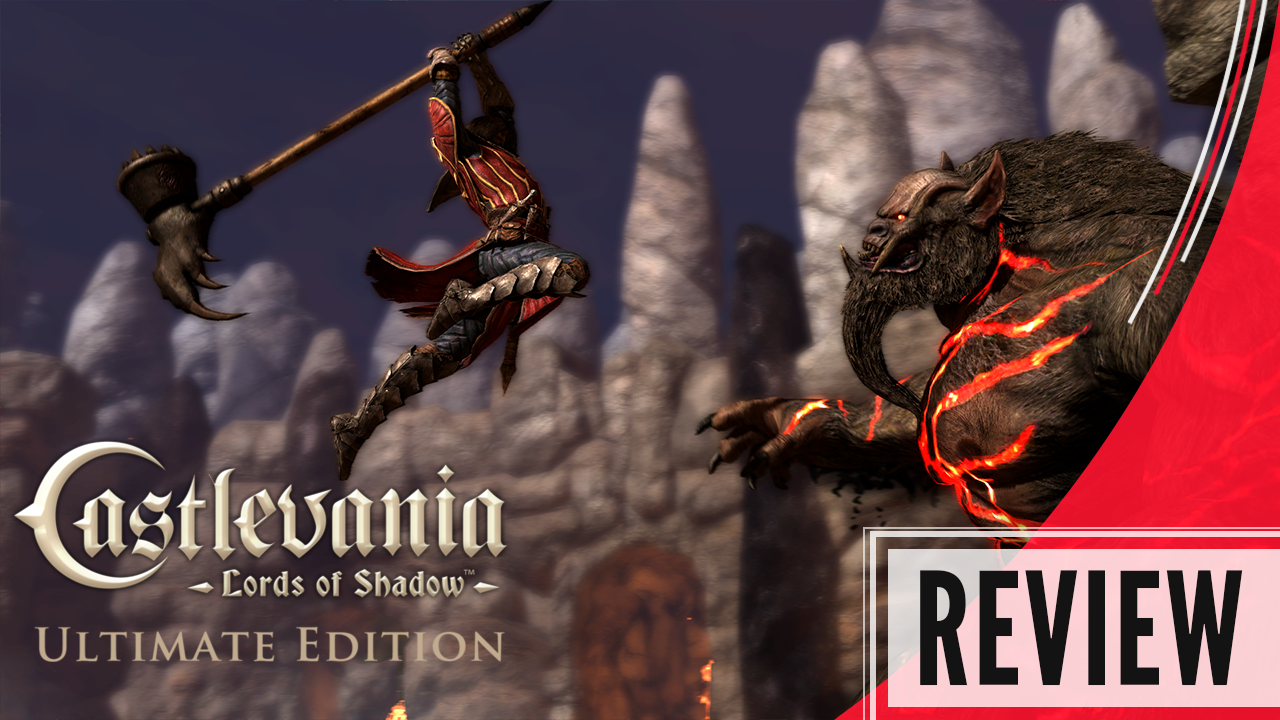 Lord’s Of Shadow was the reboot of the Castlevania series, developed by Mercury Steam and published by Konami in 2011.

Castlevania opens on a dark dreary night, where Gabriel Belmont walks into a town to help deal with their pest problem. Little do you know he’s on a quest to kill the Lords Of Shadow so that he can piece together “The Three Powers” to be able to bring his wife, Marie, back from the dead. This is the only motivation Gabriel has throughout the entire game. Anything is done by him to help him achieve his goal. But while you achieve the goal, you’ll be cutting up monsters in hack and slash combat that roughly mirrored God Of War. But we’ll get into that later.

Now Gabriel as a character is a dark and receded one. He barely talks, and he does anything that anyone tells him too. You learn a bit about him throughout the journey. How he works for The Brotherhood Of Light, and you meet a fellow member, Zobek, who helps you throughout your journey. But you also meet Pan, of Pan’s Labyrinth. They are mostly there to help push Gabriel along, and they never truly have a personality themselves. No one really does. It’s either stereotypical “ahhh I’m the bad guy! I’m gonna kill you!”, along with the stereotypical comrades who just drone one about simple stuff.

Throughout the game, each level starts with a narration about Gabriel, from the perspective of Zobek. How he’s slowly slipping further into insanity and the darkness. This is the only true insight you have on his character development. As nothing with Gabriel himself truly changes. You never see his demeanor change, or his attitude. It sucks, but at the same time, I understood. He’s already a broken man, so there’s not much change left for him. Throughout the journey, he starts uncovering truths about The Brotherhood Of Light, which makes him even more resentful and spiteful of them.

The locales on the other hand are all so amazing and fun to play through. Even though each level lasts maybe 5-10 minutes, I had so much fun running through these levels. From poison bogs, to Lycan-filled forests, to giant friggin Vampire Castles! It was all so amazing, and the music that goes along with it all really helps set the tone. You feel the creepiness of the forests while they’re crawling with Lycans or giant spiders. The loneliness of the giant castle, as it’s in the frozen mountains, and no one is around. Playing through the game this time with headphones on, really helped me admire how well built all of it was.

Then there’s the combat. It was inherently bad, but it also wasn’t inherently good. It was mediocre. I wasn’t replaying the game for the combat. It was for the locales and characters, and Gabriel’s story. The combat mostly consisted of mashing square or holding it for a bit of a harder attack on enemies. You get these special powers throughout the game that let you heal on attacks, or do more damage, so I was using those when I had to. But the game still consisted of the same combos and button presses. Now there are some QTEs that were really enjoyable, but others felt annoying. Like when an enemy would jump on me and I had to mash a button to get them off. But in boss battles, the QTEs somehow felt fun and exhilarating.

Then when you aren’t fighting through hordes of enemies, the levels consist of puzzles. Usually, it’s just something simple, like finding an item to open a door. But other times it’s something far more intricate. Like how do you bounce a beam of light from one side of a room to another. This kept the game feeling fresh and exciting to me. Though considering I was playing the game on NG+ with all old save, I never got the hints for some puzzles. So at the beginning of the game, I had to use bombs from enemies, to knock a tree down. Or use a power-up to get through a door. I had to look up a walkthrough because the game just assumed I knew how to do it, because I was already on a 100% clear file. So I was stuck at these parts for so long until, as I said, I found a walkthrough.

My favorite part of the game though, has got to be the massive boss fights. Bosses so big you have to climb on them to find their weak points. I am a sucker for these kinds of things. At one point you fight an ice golem, and have to climb up its body to slowly take out its arms and legs. Then at another point, you’re scaling a giant bone dragon! You end up picking away at its body, and wings, and eventually its mouth! It’s was so exhilarating and fun, and I couldn’t get enough. I wish more games did giant boss battles.

Then when you beat the game, you have a choice of doing little challenges for each level. They range from doing things like, beating a boss in a certain time, to killing enemies without getting hit, or breaking objects within a certain amount of time. Though I had already done these, I found myself trying them again, just for a bit of extra challenge, as you can do them again and again!

One of the biggest downsides I think to the game though, is the ending. After the credits, you get a post-credit scene. This then shows a glimpse of Gabriel, as Dracula. Now unless you play the DLC, you’re left scratching your head as to why and how you ended up becoming a vampire, and dawning the name of the Prince Of Darkness. So it’s definitely something that should’ve been shown in the main game itself I think.

I love this game. So much so, that years after originally completing it, I’m compelled to play it again. Yes, I think the combat leaves something to be desired at the end of the day, and the game just expects you to know what to do on NG+, so that was frustrating. But overall the locales and music, and bosses especially are what keeps me thinking about it. Plus seeing how Gabriel slips into his role as Dracula, is fun. Even if he is silent, and you wish you knew more about him. I’m so excited to continue Gabriel’s story when I recompleted Lords Of Shadow 2, because even the voice actor really helps bring the character to life in the sequel! So if you get a chance, play this game!