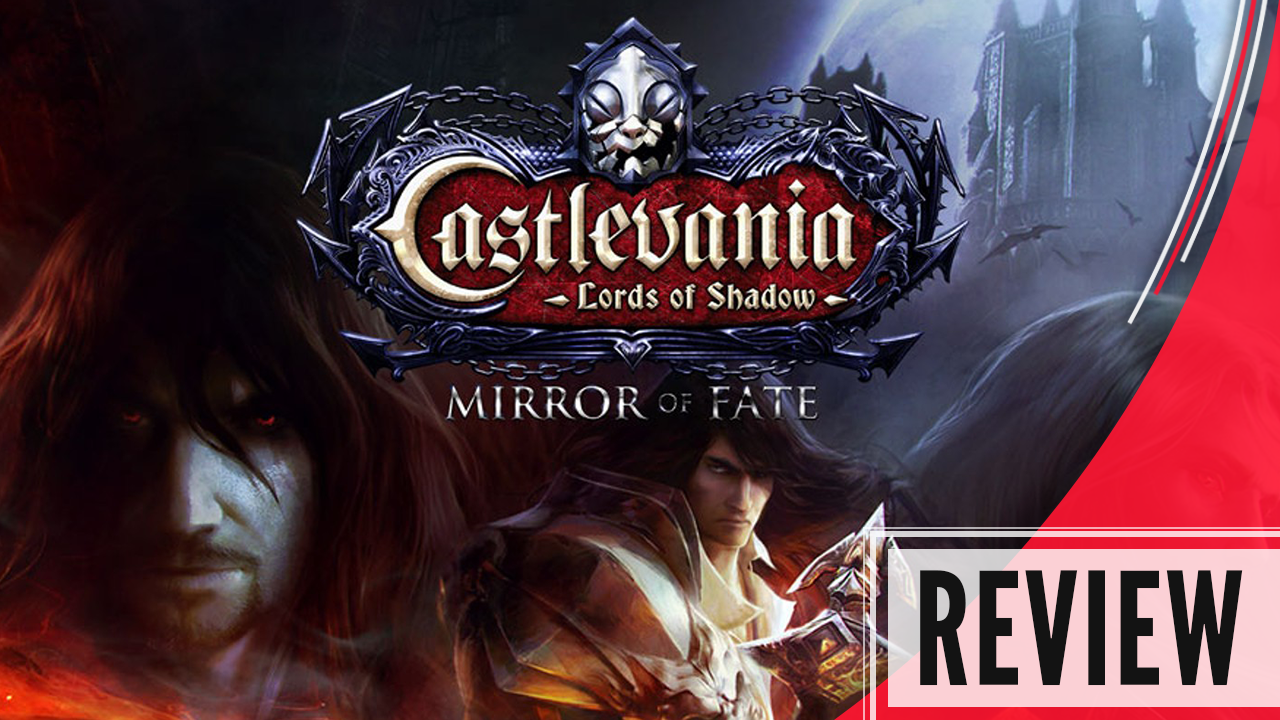 Mirror Of Fate is a direct sequel to Lords Of Shadow, developed by Mercury Steam and was originally released on 3DS in March of 2013. It later came to consoles in October 2013, and to PC in 2014!

It’s a dark stormy night, and surprise surprise Gabriel Belmont is in a town, helping the townsfolk dispatch the evil that has taken over their town. Sound familiar? The opening of the first game was basically the same way! So you fight to save the town, while learning the basics of the game, then you’re off on your adventure. I would say wondrous adventure but unfortunately, that’s not what was felt here. At all.

This was my second time playing the game, as I wanted to replay it. Though I had very fond memories of the game, I clearly came back to it with rose-colored glasses. Or nostalgia goggles if you will. So after the initial tutorial, you go on to play as Simon. Simon that everyone knows and loves! Son to Trevor and Sypha. Though the game is split up into acts, so you end up playing as Simon, Alucard and Trevor. Each with their own motivation to kill Dracula. The toothy bastard! But in all honesty, the most story you get is at the beginning of all of their journeys. Yes, there are some cutscenes throughout the game, but they’re all boring and don’t really go anywhere. Like at one point where Simon and Alucard meet, Alucard says something about Simon’s father, and then runs away as Simon yells for him to come back. It’s terrible, it’s cliche, and just downright boring.

It also doesn’t help that no ending is satisfying. So Simon doesn’t even really get to finish his quest and kill Dracula, and in the long run, neither does Alucard. Plus the way the story is all constructed is ridiculous. It has you playing as Trevor, after you play as Alucard, which SPOILER ALERT, they’re the same person! So as you play as Trevor, it just seems like an ultimately pointless quest, because you already know how it’s going to end! If anything the game should’ve been played in reverse order for it to make even more sense.

The gameplay is a bit different from its predecessor. It tries to go back to its original roots of being a 2D Metroidvania that everyone loves, but at the same time, it kind of fails in that aspect. As you’re constantly pushed forward, there’s never truly any side rooms to explore until you have later upgrades. But even then, it feels pointless to backtrack to get the collectibles in these areas, because the game makes its traversal system so slow and bland. There are a few times that you do have to backtrack with later upgrades for the story, and it just feels like pointless busywork.

It doesn’t help that the combat didn’t help with it at all. As it feels slow and clunky. For most of my time in the game (I can’t remember my exact time) I spent it mashing square, because the combat system in the game is so basic that it’s boring. There was the odd time where I had to mash triangle to kill flying enemies, but even then, it doesn’t do enough to space up the combat. You can’t even dodge through enemies without a special ability. So if an enemy is doing an unblockable attack, and you have no room to back up, and the enemy is too large to jump over? You have to take the damage. So it became more frustrating than anything.

The bosses as well aren’t as exciting as the previous game. They’re just basic damage sponges, who you wait until their HP drops to a certain point, then they do a special move, you avoid it, then continue beating on them again.

The game also has a weird comic book look to it. During the cutscenes, but it doesn’t even do that we’ll, as it looks muddy, and as if they tried to use a bit of stop motion during it all, so the animations look like the characters are made of cinder blocks. Plus a lot of the enemy designs are just boring. I get that the game was originally a 3DS game, but you can look at a bunch of other Metroidvanias on the system and see that they’ve done so much better in the visual department.

Plus there’s a secret ending in the game that you have to collect all the collectibles to even see. I didn’t even bother this time around, and YouTubed it, just to see that it was another uneventful ending in the game.

I remember really enjoying this game. But on my replay of it many years later, it failed to be as enjoyable as it was. The gameplay is boring and clunky, even though it tries to be a Metroidvania, it fails to capture the essence of even that. Other than exploring a castle, because I love Castles as areas, I really enjoyed nothing. Especially the way the story is structured. Luckily this game really isn’t needed to be able to understand anything in the second game! Just avoid it. Forever.