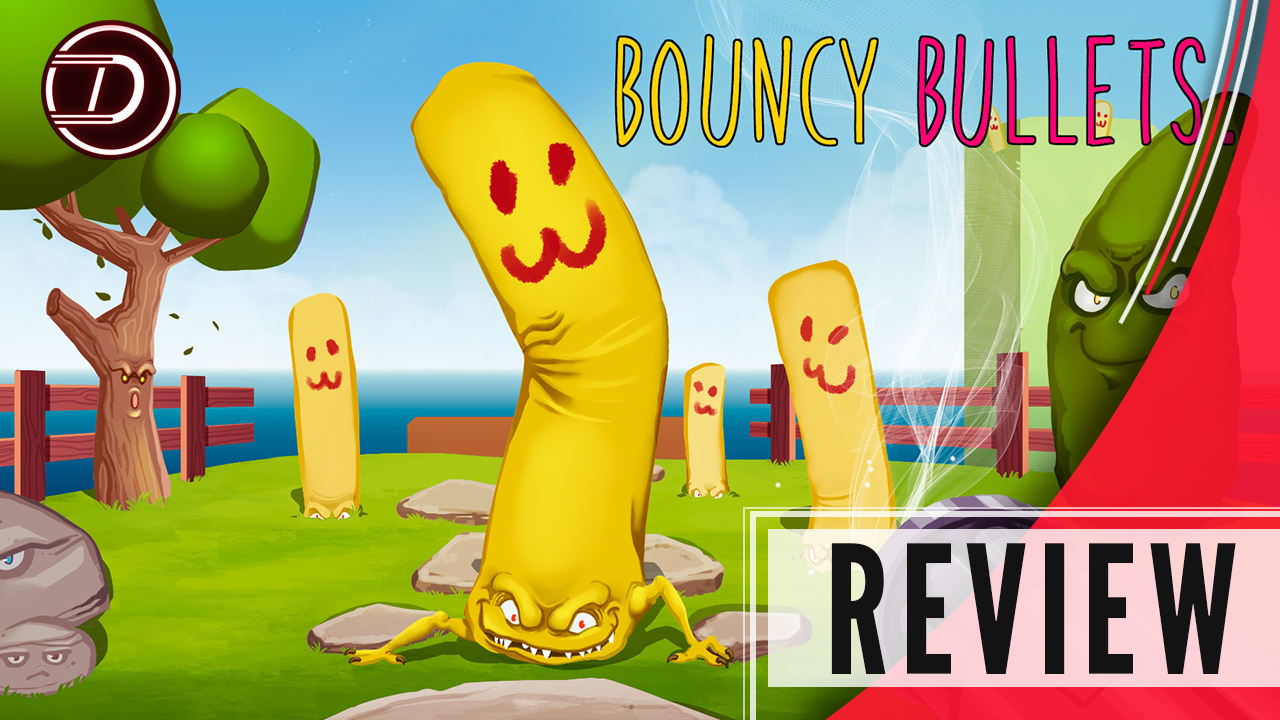 Bouncy Bullets is another Ratalaika game that came out in July 2019 and is created by Petite Games. The game is a fun person shooter game but it doesn’t have many extras to it like story or collectibles. Because of this, it can become pretty boring after a while because everything is the same.

The first few levels of the game introduce you to the game mechanics and enemy types. the levels themselves are pretty easy during this first part. Other then some control issues the introduction is great but not much to it other than some text flying.

The first 20 minutes of this game is great! the controls are kinda easy to use and the levels are fun. But after a while, you start to notice that every level kinda feels the same and that some levels have a really strange design. There is 1 level where you need to jump sideways while trying to hit an enemy that shoots right away when he sees you. And then you have to also dodge that bullet in a really small space. This was the hardest level I played other than that, they are all pretty easy.

After playing for about 20 minutes the game gets pretty boring, other than that some levels are blue, the game doesn’t really throw you any curveballs that make the game interesting and enticed to play all the levels that are there. Because every level looks and feels the same makes it even harder to play it after a while.

The controls are easy to use but there is 1 thing that gets in the way of everything. The sensitivity is super slow, even on the highest setting. This makes some levels unnecessarily hard just because you can’t turn fast enough.

Even though it makes the levels feel boring and the same because of the visuals. They still are pretty cool and fun. I love how they used to colors and made it so playful. Everything is super clear on what you can stand on and what you need to avoid, I did not expect that starting the game up because it’s so colorful.

There is some replayability to it but not much. You can only go for the 3 stars on every level and do the extra bonus levels. These levels are just the same levels but just mirrored. There are no rewards or any reason to do this other than just getting 100% in the game.

Want to platinum or get 100% of the achievements in this game? Check out our trophy/achievement guide on the game!

The game is fun if you got a few minutes to fill. if you play this game for too long it will rip the fun out of it.