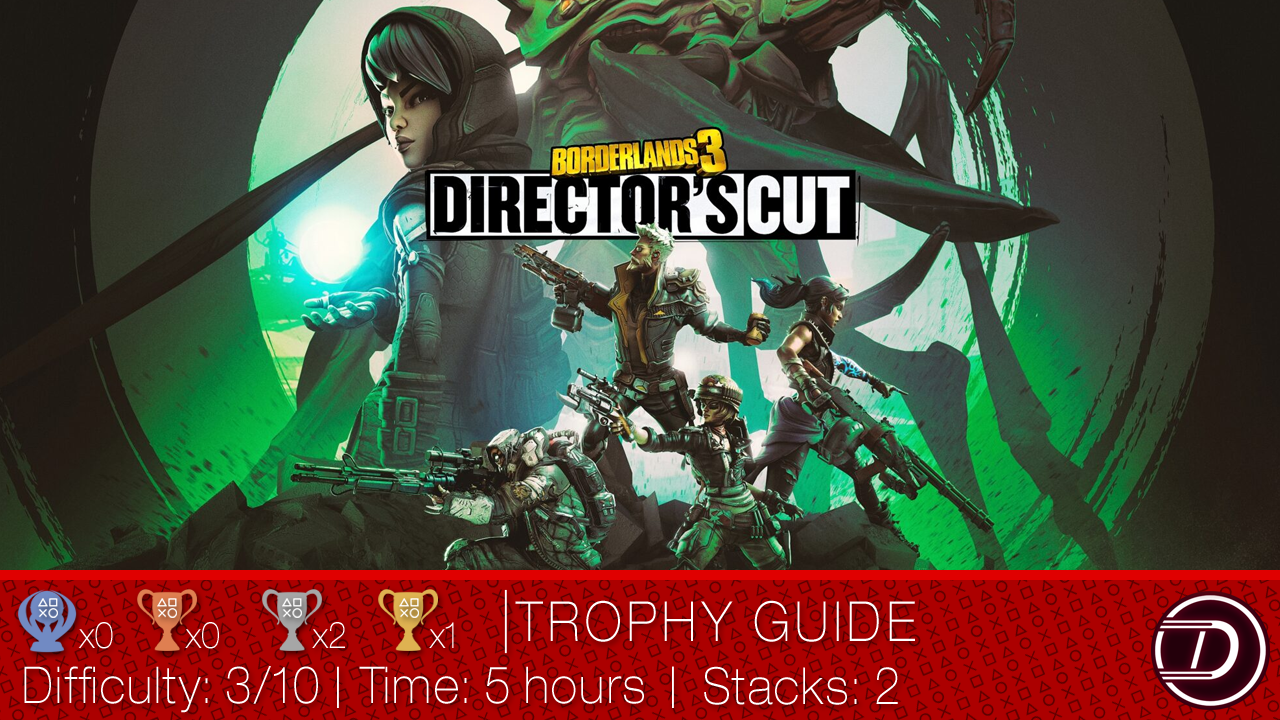 Welcome to the Borderlands 3 Director’s Cut Trophy Guide!
It only took one and a half years for Borderlands 3 to get its first Raid boss, alongside that, a whole new storyline with everyone’s favorite character Ava… Obvious Sarcasm aside we get 4 new interesting missions to complete.

Stage 1: Completing Ava’s Murder Mystery’s
When in sanctuary III, Make your way up to Ava’s room on the top floor, once at the bridge of the ship before the main command room, turn right into a door to Ava’s room. There you can start the first of four missions. You must come back every time you complete one of the missions.

Stage 3: Destroying 50 Mysterious Eridium Piles
Mysterious Eridium Piles are a new version of the previous Eridium Piles also referred to as Eridium Crystals. These are normally found randomly sprouted from the ground at different locations on the map, now, however, with the use of a new artifact, you can find invisible piles that seem to give more Eridium than normal piles. They only appear when you are near to them and they have a unique texture and glow to them.

HEMOVOROUS THE INVINCIBLE AND MAYHEM MODE

Hemovorous is the first Raid Boss to be added to the game, as a Raid Boss it should be a difficult challenge, however, that’s only if you want to make it a challenge, in Borderlands 3, the game becomes very easy after a while, so to fix this, Gearbox added Mayhem Mode a new type of end-game content where you can increase the difficulty of enemies and increase the loot you get.

This chart lists out all the levels and their Enemy Stats, Loot benefits, and Modifiers.

To start Ava’s missions you’ll have to go to Sanctuary III and head to Ava’s room, which is located on the top floor at the bride between the main area and the stern of the ship, on the way to the control area of the ship you can turn right into Ava’s room, there will also be a Yellow “!“ leading into the room.

There are 4 missions to complete, each mission takes you to a brand new map, each map is extremely linear, so there isn’t much to explain, each mission follows very simial story-beats.

Once a mission is over you will have to go all the way back to Sanctuary and back to Ava’s room to accept the next mission. Each mission takes you to a different planet. You will of had to complete the main story in order to access the fourth and final mission.

The order of planets that you’ll go to are as follows:

NOTE: This can be buggy and you won’t be able to accept the quest, as the prompt for

to accept it won’t appear. To fix this either jump around or stand as far right as possible.

To start the quest to kill Hemovorous, head to clap-traps room on Sanctuary III, head down to the basement, and from the bottom of the stairs head straight and you’ll enter clap-traps room, there you’ll find a quest called “You. Will. Die. (Over and Over.)” you will also be able to collect 500 Eridium for free, this is optional but be sure to collect it. As it saves you the cost of spending your own eridium. Then head to the infamous Locked Door in Ascension Bluff.

Hemovorous is the first Raid Boss to come to Borderlands 3, Raid Bosses aren’t anything new however to Borderlands, a Raid Boss is not like normal bosses in the game, Raid Bosses normally have an insane amount of health compared to other enemies, while a normal boss might have 1 million hit points, Raid bosses will have 100 million hit points. However, this boss is extremely easy when playing in Normal mode with Mayhem mode turned off.

After completing your first playthrough you’ll unlock TVHM (True Vault Hunter Mode) this makes it so that all enemies will match your level, enemies will have more health and do more damage. So switching back to normal mode will make the fight easier.

After completing your first playthrough, you’ll also unlock a new menu on your echo device called “Mayhem Mode” when on, you can pick between 10 levels of difficulty. The higher the level you choose, the more difficult the game becomes, but, also gives increased loot. For more details look at Hemovorous the Invincible and Mayhem Mode Section of the guide.

Hemovorous has very basic attacks, It’ll burrow into the ground from time to time and when it pops back out, it’ll shoot projectiles at your general area. It’ll also slam the ground which will cause ripples of ground to charge at you, this can be easily avoided if you notice it in time. Hemovorous will sometimes use a fire-like breath attack in your general area. Small Varkids will also spawn around the arena, they’ll also try to attack you, you can use them to revive yourself if you’re put into FFYL (Fight For Your Life) mode.

After completing all 4 of Ava’s missions you’ll receive an artifact, which when equipped will reveal Mysterious Eridium Piles, these piles are invisible to the player without the artifact equipped. They can spawn where ever a Normal Eridium Pile can and when broken with the artifact equipped they seem to drop nearly double the amount of Eridium, of a normal pile. These piles can be found and destroyed without the artifact, however, they will be invisible. Note: They do not spawn until you complete all 4 of Ava’s missions and receive the artifact.

By far the best farming spot is in Eden-6 at the Voracious Canopy, at the fast travel point head forwards until you reach a point you can turn left-wards keep going until you see a big warning sign keep heading forwards until you reach a New-U station, once it’s activated you turn right and head towards the cliffside where one of the dead-claptraps is located. Jump down the cave and you’ll find many crystals to destroy. However, here’s how you can make this even more efficient, instead of quitting to the menu and then loading back in, you can open your menu and navigate to the Mayhem Mode tab and turn it on, if it’s already on, then press

to re-roll your Modifiers, then hit apply, this will cause you to reload the map, you will spawn at the New-U station and the Eridium Piles will reset. You can repeat this over and over for the trophy. It’s much faster than quitting to the menu.

For a visual reference, check out the video below.


Credit to Joltzdude139 for the video and farm location. 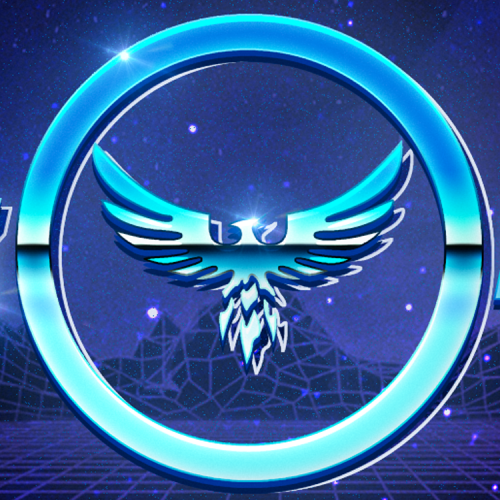