DEX.EXEYour Source For Games
HomeNewsBlast Your Way Out of Bullet Hell in Scathe - The New Action-Packed FPS...
NewsPCPlayStationXbox 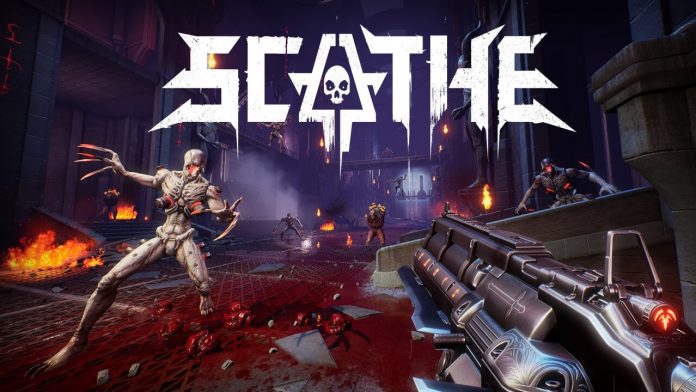 Leading UK games publisher Kwalee has today announced a publishing deal with three-person UK developer Damage State to bring the blood-soaked, action-packed FPS Scathe to PlayStation 4 & 5, Xbox One, Xbox Series S/X and PC via Steam and Epic Games Store in 2022. You won’t have to wait long to get your hands bloody, as Kwalee is also thrilled to confirm a free limited-time demo for Scathe will feature in the Steam Next Fest celebration from 21 – 28 February.

Scathe is an intense, classic FPS with big guns and even bigger demons. You play as Scathe, Enforcer of the legions of Hell, forged from the earth by the Divine Creator themself. And you, like your fallen kin before you, must prove your worth by navigating a deviously crafted maze, entangled with demonic evil at every twist and turn. So, grab your Hellhammer, lock’n’load, and get ready to unleash your almighty fury!

Use Scathe’s brute strength and extreme speed to purge your way through Hell’s most grotesque abominations, as you search for the Hellstones and defeat the all-powerful Guardians that protect them, deep within the web of punishment before you.

Quick reflexes are the key to survive the bullet hell labyrinth that stands between you and your ascension. Rip through the underworld’s deadliest demons and collect the hellstones in the brutal single-player campaign or drag your friends into gore-filled action in intense drop-in/drop-out online co-op gameplay.

Scathe is scheduled to release for PlayStation 4 & 5, Xbox One, Xbox Series S/X, and PC in 2022. Fans can wishlist the game on Steam now.