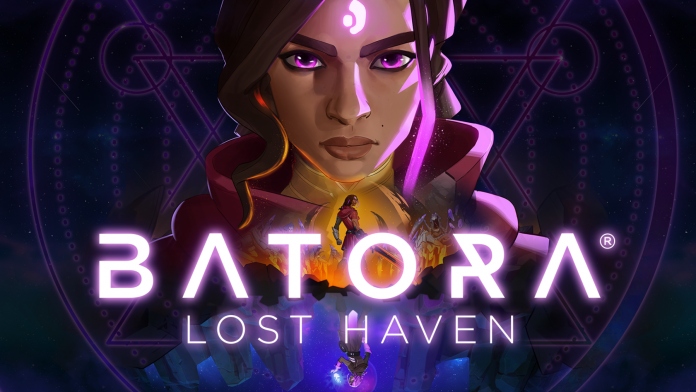 The Batora: Lost Haven Demo is almost here, but we got lucky and were able to check it out early! The game is comparable to Torchlight 3 but with a totally different take on the gameplay aspect. Here is our Batora: Lost Haven First Impressions (Steam)!

Batora: Lost Haven is developed by Stormind Games and will be published by Team17. The basic premise of the game from what I got from the demo is that the earth got destroyed and a girl got transported to a new planet to save it.

The Demo starts off a bit into the game, so the beginning of the game is a big mystery for me that I cant wait to see. But from what I got I can say the following, it’s going to be great. The story is really unique and with the unique gameplay combo, you will be in for a ride while playing.

The combat works as follows, there are 2 different types you need to switch between, a purple one and an orange one and they both do different types of damage against an enemy. Purple enemies can get hit by your purple power and orange with orange, seems really easy, but it takes a little bit to get used to, especially during the boss fight where so many things happen at once.

So for the story, you need to get some of the memories of a soul that has lost his and is stuck inside of a golden rose, as it turns out, the soul was “misguided” and he is the one that destroyed earth. Then you get a choice, destroy the soul or give it a second chance, I personally gave it a second chance. This is also another mechanic of the game, a Choice system like Telltale games usually have, do you wanna make the red choice or the green one. I’m not sure if these are getting much impact on the story because the game didn’t really get that far into it yet.

A bit later you will need to help someone save her dad but when you do, a whole massacre will be caused if you steal the crystal to save the dad. So here you get another choice, but you need to get the crystal for an evil guy so I thought he would kill the dad, either way, I didn’t let the massacre happen and went back empty-handed. The boss isn’t happy and you will need to complete a bit of a hard boss fight to defeat him.

The Demo takes about an hour to complete but it is well worth your time. I had no glitches other than some lag spikes and the game crashed once. What I noticed when the game crashed is that there are not really a lot of checkpoints in the game, I hope they add some more when the game fully launches. Want to play this demo yourself? (You should). It becomes available to the public during Steam Next Fest (21-28 February).