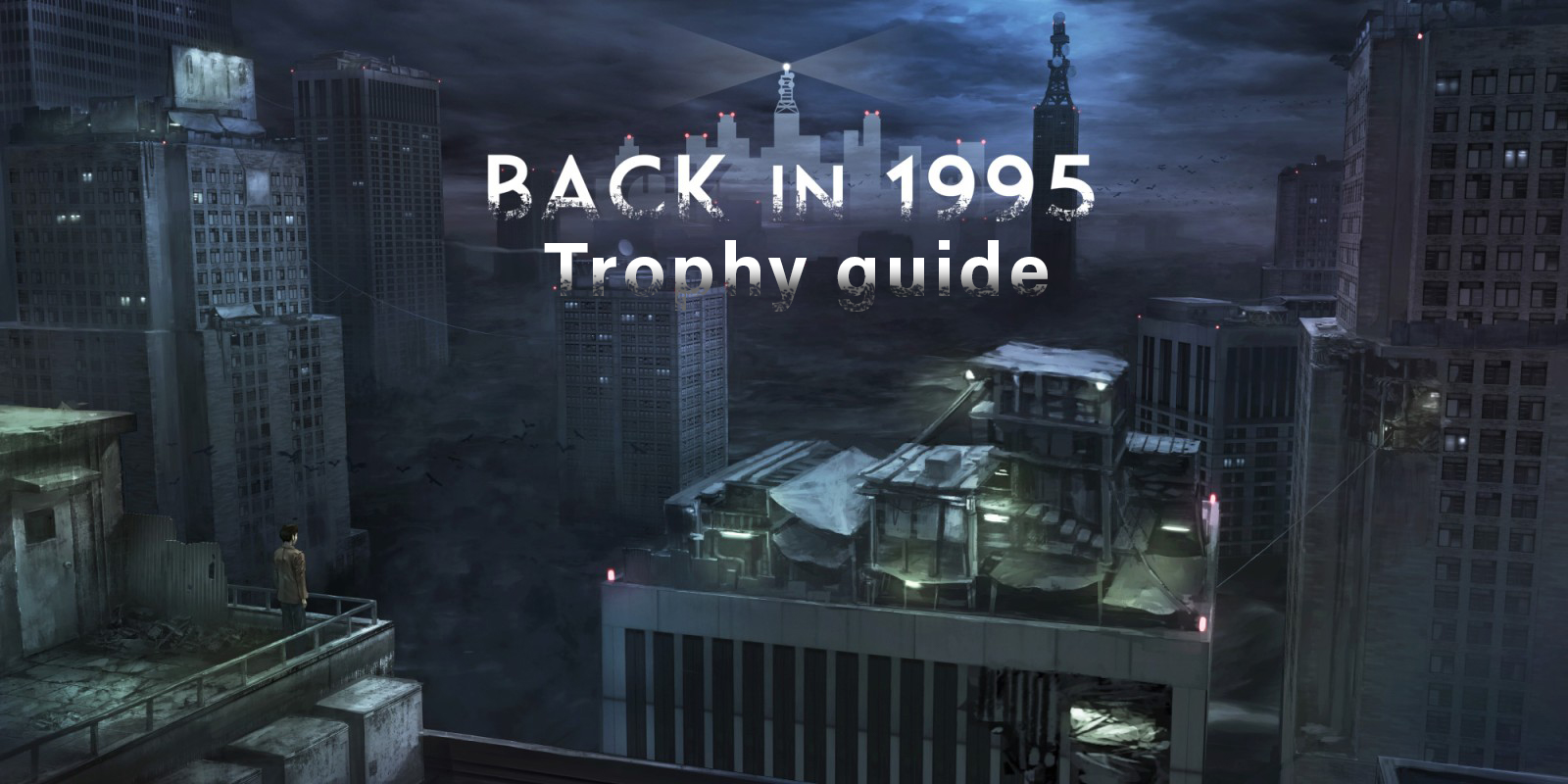 How do we arm first?,

Kids playing with guns., and

Welcome to Back in 1995 Trophy Guide! This game is made by our friends over at Ratalaika Games! Acting as an homage to first generation horror games of the early 90s, Back in 1995 is a pixelated horror survival game that offers a nostalgia trip as you fight through zombie-like enemies while searching for the truth about your character. Included with this trip are fixed camera angles and tank controls, neither of which are too stressing, though. There is no autosave feature in the game. Your progress can only be saved by interacting with Computers scattered throughout each stage. To avoid too much backtracking, you’ll want to save often so in the off chance you find yourself in a pickle against a group of enemies, you won’t be punished too much by dying. There are unlimited lives available so as long as you save your game, you’ll never get a true Game Over.

You can play through the game blind and, as long as you thoroughly check each area, will be able to get the Platinum within a couple of hours.

Passwords/Door Codes: Throughout the game, you’ll have to decipher clues to figure out three different 3-digit codes to progress through the story (there are two in Stage 2 and one in Stage 3). The Stage-related trophies do tell you how/where to find the clues for the codes (and how to decipher them, if need be) but, to avoid spoilers, they will not give you the actual code to use. If you prefer to use a video walkthrough, one has been provided under

You’ve came back there. This does include the key codes needed for those doors so a spoiler warning is at hand if you decide to go down that route.

Step 1: Play through the story, keeping an eye out for the Weapons and Newspaper Clippings

The Weapons will be hard to miss so you’ll mainly want to be keeping an eye out for the Newspaper Clippings in the game. There are three to collect (one in Stage 2, one in Stage 3, and one in Stage 4). Outside of those, the game is very linear. The biggest challenge you’ll have is dealing with the tank controls but to be honest, they aren’t too bad, they just take a little getting used to again. There is no Chapter Select option in the game after you complete it but you can create separate saves for each Stage for a makeshift Chapter Select option. As soon as possible, at the start of each Stage, interact with a Computer and save your game to a new slot. You’ll be able to load these from the Main Menu should you miss anything on your travels. As mentioned above, if you prefer to use a video walkthrough for this game, please see You’ve came back there. Once you have completed the game and received both endings (they’ll happen in the same playthrough), you’ll earn all the trophies. They will unlock in the following order:

Are you still here?

How do we arm first?

Welcome to the middle of the game.

New word for the day.

Did I play video games because I was miserable?

You’ve came back there.

You did everything you possibly could.

You discovered the truth about Kent and received the final message from the developer. For you troubles, you’ve earned yourself a Platinum!

This will unlock after the (very short) opening credits sequence, during the opening dialogue of the game.

This trophy will unlock once you have found the key to unlock the middle room and have answered the phone inside.

There are no Newspaper Clippings or Weapons to find in this stage.

This will unlock after you have found the missing documents for GP and take the Zipline off the roof of the hospital.

While playing through this stage, you’ll need two different codes to progress through the game:

This will unlock once you have returned power to the building, allowing you to take the lift up on the outside of the building. There will be another Zipline to go down. Once you go down it, the trophy will unlock.

You’ll need to find one code to progress through the game. One clue is found near the Shotgun (the food court). There is a certificate on the wall near the Shotgun (make note of the food sanitation number on it). The second clue is just a tad further in the game. When you pick up the key, use it to unlock the door across from the elevators. On the far right desk in the middle row is a note that tells you what 3 numbers (from the Sanitation number) you’ll need.

This trophy will unlock once you have learned the truth about Kent and found/read all the notes in the Stage (after you have opened the desk in the bedroom, there will be one note in each room except for the dining area).

The last Newspaper Clipping is found in this stage. It’s located in the kitchen area, above the dining room.

Shortly after earning New word for the day, you’ll go through a door and be prompted to interact with a wooden plank atop a tall tower. Do so and the trophy will unlock during the short credit sequence.

After receiving the “first” ending for It’s over. Go home., you’ll find yourself in a loop, repeating the game. Don’t worry, you won’t have to replay through the entire game. You need to play through a very condensed version of the game until you exit through the same door you did for the previous ending. You’ll have to go through a message from the developer at the end (if it doesn’t start or pauses, just keep walking around and interacting with the rooms so it keeps going). Once the message is down, the trophy will unlock.

If you wish to use a full video walkthrough for this game, please reference the video below as this will show you how to earn all the trophies.

At the very start of Stage 2, you’ll be in a Hospital room with GP standing next to you. Go to the left and on one of the beds is the Pipe wrench. If you somehow manage to play through to the first ending without picking this up, two more Pipe wrenches are available in the “real ending” sequence of the game (one in the top most room of the first hallway and one on a box on the side of the building when you first access the roof).

This is located in Stage 3. After you talk with Harris for the first time, interact with the gate/stairs leading down into the building. Directly to your right are two wooden doors. Go through these and you’ll be in the Food Court. Kill the three enemies, then enter the small kitchen area (next to the tables with the green chairs). Leaning against one of the fridges is the Shotgun.

If you happen to miss the Shotgun here, you’ll have another opportunity to pick on up during the “Real Ending” sequence. After going up the ramp next to the three AC Units, you’ll eventually have to pass through a small open gate. Just past the gate is another Shotgun and some Shotgun Shells.

This is located in Stage 2. When you have to go down 3 flights of stairs (while killing some enemies), go through the door at the bottom and you’ll find yourself in an office. Go into the first set of cubicles and on the first desk is the Pistol.

After earning It’s over. Go home., you’ll “restart” the game. Pick up the key from behind the AC Unit and go through the door. Go down the stairs and straight through a door, directly across from the stairs. On the table in here is a Flashlight. Pick it up to unlock the trophy (You’ll need to open your inventory and actually use it to continue on with the story).

There are three Newspaper Clippings you need to read for this trophy, 1 in Stage 2, 1 in Stage 3, and the last in Stage 4. They are kind of hard to miss, especially if you’re exploring each room but just in case, their locations are as follows: 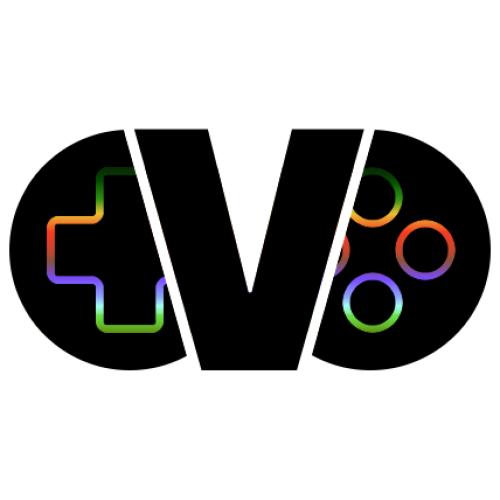