Awesome VideoGame Characters Who Need Their Own Game 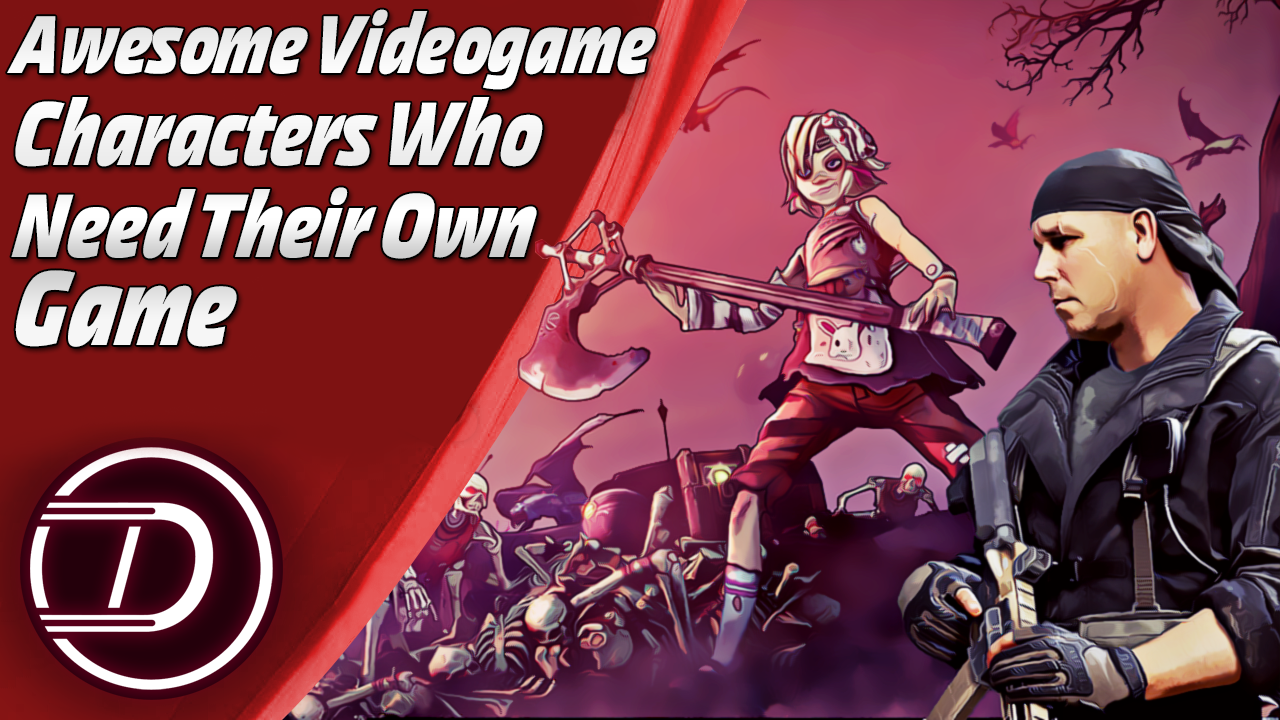 Welcome to Team Tuesday. Here we look at a recent or upcoming game and talk about something related to that game or just tell some tales of our video game adventures. This week we are talking about some characters that are so amazing they kinda need their own game because we can’t get enough of them!

When it comes to interesting side characters in games who deserve their own game. Tiny Tina wins by a long shot. Borderlands has a ton of interesting characters but Tiny Tina is quite unique and by far the most interesting for a game. And if the game takes place in the Board-Game World of Bunkers and Badasses than that’d be even better.

We all know most of the famous names that appear in “SuperHero” video games or movies, but how many of them actually have their own video game? My pick this week has “featured” within a few older video games, but has yet to receive their own acknowledgement as a standalone character!

Joker is one of the most well know characters and until recently has always been portrayed The Joker with a Batman based backdrop. The problem with this is that Joker has become such a strong character in their own right as of late, especially with the movie release and I can’t see it being long before they get their own standalone game.

Anyone else fancy portraying the madman during a video game? I know I do!

So this week was not that hard for me, I don’t always remember all the games and the characters in them. This character always grabbed me back into the game every time I play Call of Duty Ghosts, and that, of course, is the big bad of the game: Rorke. Spoiler: At the end of the game he seems to die, but he doesn’t, I always wanted to see what happened after or even some kind of prequel of how he becomes what he is, other then that 1 mission in the game where you kinda see it.

This topic gave me nightmares because there are a lot of secondary characters that are better than the primary ones. Recently, I started playing to the Kingdom Hearts saga (finally) and I’m loving it, as expected.
The cooperation between Square Enix and Disney has developed one of the greatest sagas of all time. They did an amazing job with every single character of the game, but one of them has made me think about a Spin-off chapter with this character as main.

I’m speaking about Mickey Mouse! I know, you can use him as a playable character during your adventure and there are plenty of videogames based on this character, but King Mickey is way more different than all the other times.
Remove his cuteness completely and transform him into a no-fear, badass character with shiny armor and an epic Keyblade. Add the twisted story around the main saga and you will get the perfect Spin-off.

When it comes to games, it’s hard to make stand out ones anymore. With so many, you need that push. Some games are amazing, some really suck, and some don’t see the light of day they deserve. The same can be said about the characters in games! Some characters are amazing, some are annoying and poorly written, then there’s those who should’ve gotten their own game.

Farah from Prince of Persia is one of these people in my opinion. She’s a badass princess of the land, who gets wrapped up in all the nonsense that the Prince brings to the kingdom. Instead of running and hiding, she grabs her bow and sets off. Now Farrah is obviously not the main character, but she’s still great! She’s never scared to try and save her Kingdom, and she’s not afraid to tell people where to go or how to get there. She appears in Prince Of Persia Sands Of Time, and then in The Two Thrones. What I’d love to see is, what she was doing in the time period between the games. Considering ones the first game and the other is the third! I’d love to shoot people in the face with her bow!