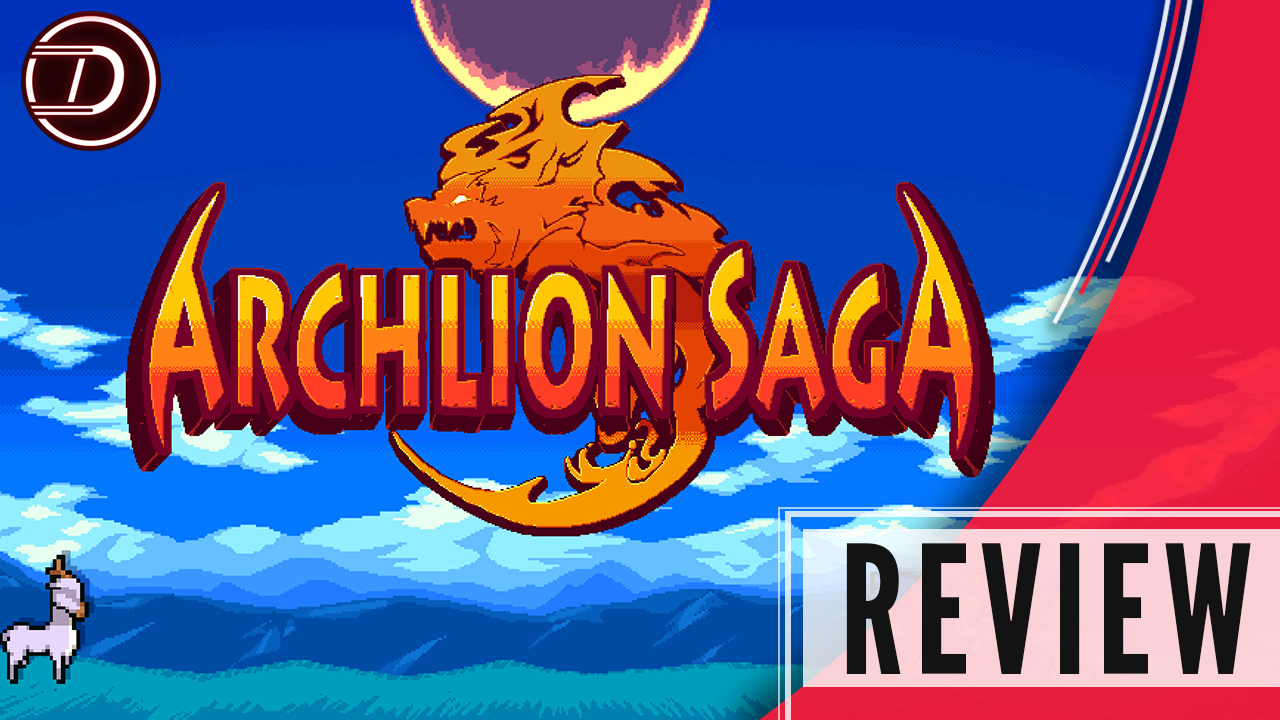 Archlion Saga is another bitesize JRPG, created by Kemco and Hit-Point. As with the other RPG in this style, EverDark Tower, it can also be completed in 2-3 hours, for a nice bit size adventure!

There’s a curse in the world, known as the “Curse Of The Serpent”. It leaves a mark on the body of the victim, where they will die, with no known cure. Only the Archlion God can defeat the Serpent and save the victims of the curse. When your mother becomes stricken with the curse, and decides to sacrifice herself to the monsters to keep the town safe, the adventure begins. You try and save your mother, only to find out, youre a Archlion King and posses a mark of the Archlion. Stories tell of four Archlion Kings, each possession a mark of the God, who will defeat the Serpent!

Now, as with the previous game, you can name your character anything, so long as it contains five letters. The default name is Leon. Now this game, actually has some good story, and real character development! It kept me nice and hooked for the few hours that it ran for, even if it was way easier than the last. Now as with EverDark Tower, this one also has stars that are found, or accrue over real time. These are once again used for everything. Chests, doors, 2x EXP, healing, and reviving for free in battle. Too bad there was so many wasted uses for them here.

There were a surprising amount of areas too in this for its short time. I felt like I saw real change in characters. NPCs had some real dialogue, and there were some heartfelt moments! It was nice to see such a well done game that ran for a short time.

Now, being a turn based JRPG, you have random encounters, and you get to only do 1 action per turn in battle. But I never usually needed more than one. At the beginning of the game, for the first 30 minutes, I was one hitting everything with ease! Enemies had 100 HP, and I was doing 2k damage! So nothing stood a chance. Even if there are 4 enemies on screen, it’s one big health bar, so you’re never targeting a specific enemy. So the game started easy and never got harder from there. Especially considering at the start of the game, you have an item that can be used an infinite amount of times, and heals 300HP. So that’s your go to choice until you get a heal spell early on.

In my time with the game, I found maybe 3 shops. Only one shop had new armor, but it was useless, as was most of the armor in the game. There was one character in the game who got pretty much all the equipment from chests, but I was never changing her gear. By the end of the game she had AT LEAST 10 piece of armor and 10 weapons, but I never used more than 3! So I never felt excited opening chests knowing that the gear would probably be for the one character and be useless. Then there’s your main character. He maybe gets 2 pieces of gear throughout the whole game. It all seems to favour the one. It was really stupid if I’m being honest.

Now unlike the other Hit-Point game, EverDark Tower, this game has quite a few areas and dungeons! It was never truly confined to one dungeon. The terrible thing though? There was no puzzles. So clearly it’s one or the other with these games! Dungeons but no puzzles, or puzzles, but no dungeons. Why can’t I have both!? There was plenty of bosses at least, even if most of them were complete jokes. Once again, I never felt like I was in danger, and that’s because the stars were there to save me!

Now, this looks like a 16Bit JRPG, as the last, and this look resonates with me. So I once again, loved it. The nice thing is that there was actual music this time! Each area had its own music. It also all fit perfectly! No quaint town music in the last dungeon this time. It was a serious tone that made me feel powerful and feel like my journey was coming to a close.

Unfortunately, just as the last game. There’s nothing here. No side quests, no different party members to experiment with, and no clear bonuses. The thing is though, I’d probably replay this again. The story was good, it was really easy, yes, but that’s okay too. I would definitely put it on New Game+ to feel even more powerful. I’d especially give someone this game as a first JRPG instead of EverDark Tower. Now I know I’ve made a lot of comparisons to each other, but they’re basically the same game, but a different coat of paint. But luckily, this one is the better game, even if it did come first.

I’d recommend this game. Once again, maybe buy it on sale, but this is the definite pickup if it was between this or EverDark Tower. The game roped me in for a quick, heartfelt story. I chilled out with an easy experience, and never got frustrated, and I enjoyed all the music in the game, as I felt it worked with everything! Would I have liked more? Of course, but that’s the case with a lot of things that are short, but you really enjoyed. It certainly makes me wanna play more of these games right now. Now if only we could get Archlion Saga 2.