A classic horror that still has its charm after 10 years 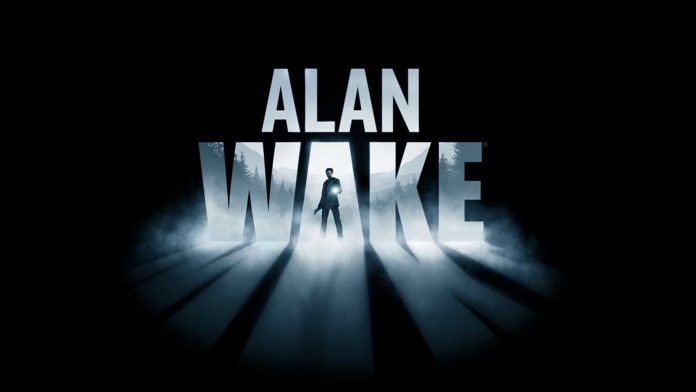 While the game is almost 12 years old as of writing, it still is a unique masterpiece that every gamer should have at least played 1 time. Alan Wake is just so special that it’s hard to pull off doing it in modern days. Here is our Alan Wake Review (Xbox 360)!

Alan Wake is developed by Remedy Entertainment and it was published by Xbox. The remaster from 2021 is self-published. It came out for PC and Xbox back in 2010 and got remastered to Playstation 4/5 for and the Xbox One/Series X|S in 2021. The game is a horror game that will keep you on the edge of your seat throughout the whole playthrough.

The story of Alan Wake is about a writer that has major writer’s block for 2 years and goes on holiday to a small town with his wife to maybe get some inspiration to write again. One thing though, the town is cursed and everything he writes comes true… The game has a cool collectible element for this. You can collect pages of the book and kinda know what is going to happen before it happens. This also shines a light sometimes on some hidden stashes, but also on some characters that you don’t see while playing.

I really don’t want to spoil much about the game because every episode has some big twist to it that impacts the story a lot. This game and gameplay are heavily revolved around its story and spoiling it would really impact the enjoyability of this game. While the game is mainly linear, it does sometimes go off and makes the world feel like you are playing GTA and are driving around to the next objective.

Alan Wakes main weapons are a gun and flashlight… You would think that that can’t do much, but the thing he is fighting is the darkness, so you will need to shine a light on all enemies to make them weak. This was fine for the first 2 episodes, but slowly got more and more repetitive the longer you play. I recommend taking about 3 different play sessions to complete the game, so about 2 episodes per play session.

Around the middle of episode 3, the game started to get a bit repetitive and I started going a bit more towards the main objective instead of going to look for collectibles first. The length of episodes 1 and 2 was perfect, but around episode 3 it started to drag on a bit much. Episodes 4, 5, and 6 were layed out a bit better but they felt like they put 2 episodes into 1.

The dark ambiance of the game keeps you on the edge of your seat the whole time, you just never know when something is about to pop up behind you, and sometimes “The Taken” (the enemies in the game) will just come out of nowhere. I’m not much of a horror gamer, in fact, I try to avoid them at all times, but getting a review key for Martha Is Dead made me wanna check out some older horror games before going to something modern. Alan Wake had me physically flinch and jump up multiple times due to how scary it was.

How the sound and visuals of the game look made it just so much scarier, because it was so dark a lot of the time, I even had to turn my brightness higher. The music has some bits that sometimes made me flinch as well, out of nowhere a bang or a cart flying around my ears.

for as long as I've been gaming, I have never played a game with gameplay like this. It is unique and it works perfectly in its setting and story. Even after 12 years, this game keeps me on the edge of my seat and still is a masterpiece.Alan Wake Review (Xbox 360)