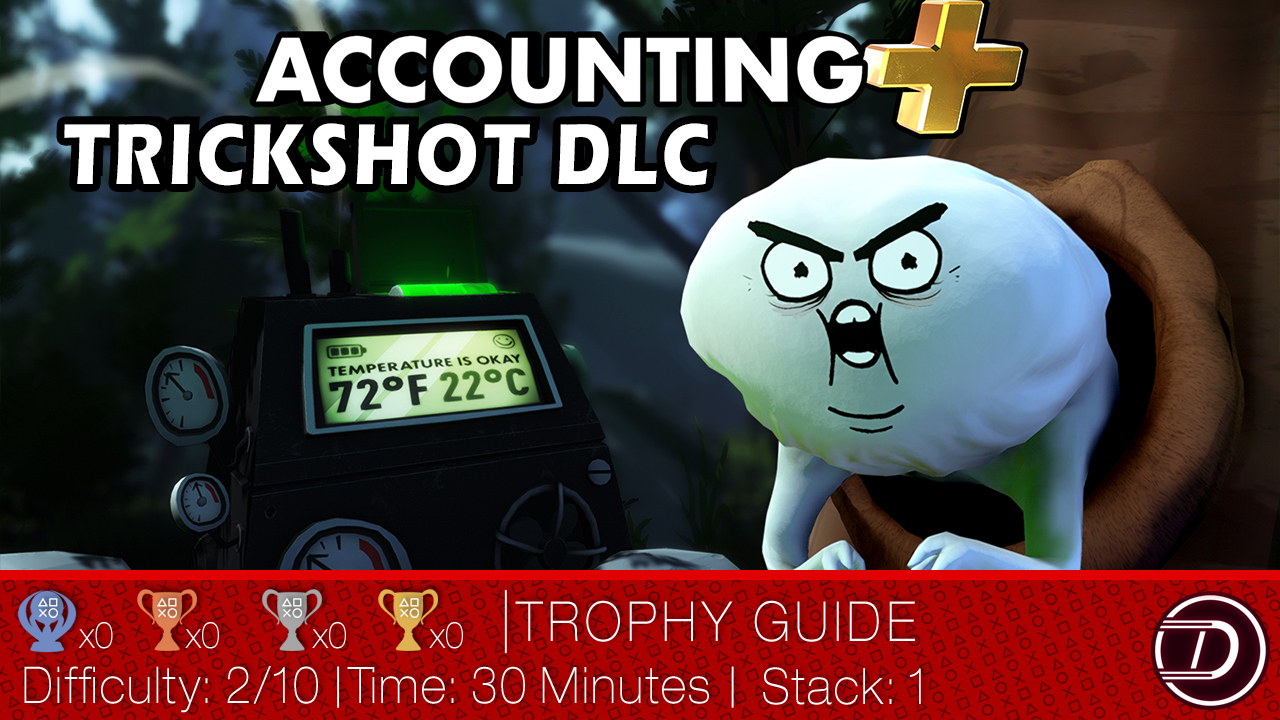 Welcome to the Accounting+ Trickshots DLC Trophy Guide!
The Accounting+ “Trickshots DLC” was added free to the base game 10 months after the initial release. As long as you ensure that you have the latest update then the trophies and DLC will automatically be added to play.
You do not need to download it separately.

Step 1: Play through the game
All trophies can be obtained during the same playthrough and can be achieved as part of the normal story line. You do not have to go out of your way, or play anything differently for this DLC, as long as you are aware where they come along. All trophies are also part of progressing the game, so can be achieved without adding any extra time to your main playthrough.

GET CARTRIDGE OR DIE TRYIN’

KNIFE TO MEET YOU

This will be part of your first encounter in the actual game and can be obtained along with the story line. During your initial visit to the office you are tasked with placing the cassette tape into the player. For this trophy you will need to throw it into the player from the marker beside the filing cabinet. As soon as you land your throw into the machine the trophy will pop.

Don’t worry if you miss, as the cassette tape will reset back onto the sideboard.

Obtained during the fourth chapter (or “Castle”), where you have to cut open the stomach of the big fat thing to progress the story. Instead of stabbing him you will need to throw the knife from the table area at him. As soon as you’ve landed the knife in the correct area of the stomach this trophy will pop.

The last trophy of this DLC is obtained when you are in the secret area and faced with a big door that you need to get inside. In order to achieve this trophy you will need to knock on the door (despite the “Do Not Knock” sign), until the guard mentions a “Coin”. Once this has happened return to the starting area where the Acid is and you should also find a Coin that you can pick up.

Once you’ve got it you will need to throw the coin into the slot on the door. Don’t worry if you miss as the Coin will reset after every missed throw.