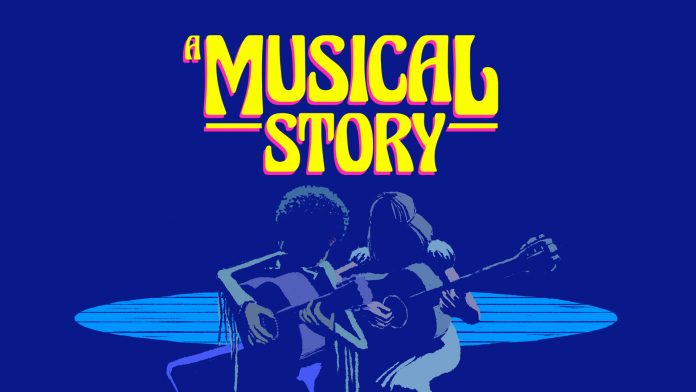 Digerati is delighted to confirm the release dates for A Musical Story, the new rhythm game experience and debut title from French developer Glee-Cheese Studio.

A Musical Story will launch as follows: 2nd March for PS4 and PS5, 3rd March for Nintendo Switch, 4th March for Xbox One, Xbox Series X|S, PC (Steam, GOG, Epic, and other storefronts), Mac, iOS and Android. There will be a 10% launch discount for the PC, Mac, and all console versions. A Deluxe Edition including the full game, official soundtrack, digital artbook and wallpapers will also be available for PC and Mac.

A Musical Story‘s innovative approach to rhythm games, which puts an emphasis on the player’s ability to listen and feel the music rather than simply following a visual timeline, combined with its striking animated art style and original, 70s influenced folk-rock-psychedelia soundtrack, has garnered critical praise since the game was first revealed.

In addition to being part of The Day of the Devs Official Selection, A Musical Story has won ‘Best Art Direction’ at the Indie X Awards, ‘Best Audio’ at the Taipei Game Show, and received two Honorable Mentions at this year’s Independent Games Festival Awards for ‘Excellence in Audio’ and ‘Excellence in Visual Art’.