7 Fun Facts about the PlayStation 4 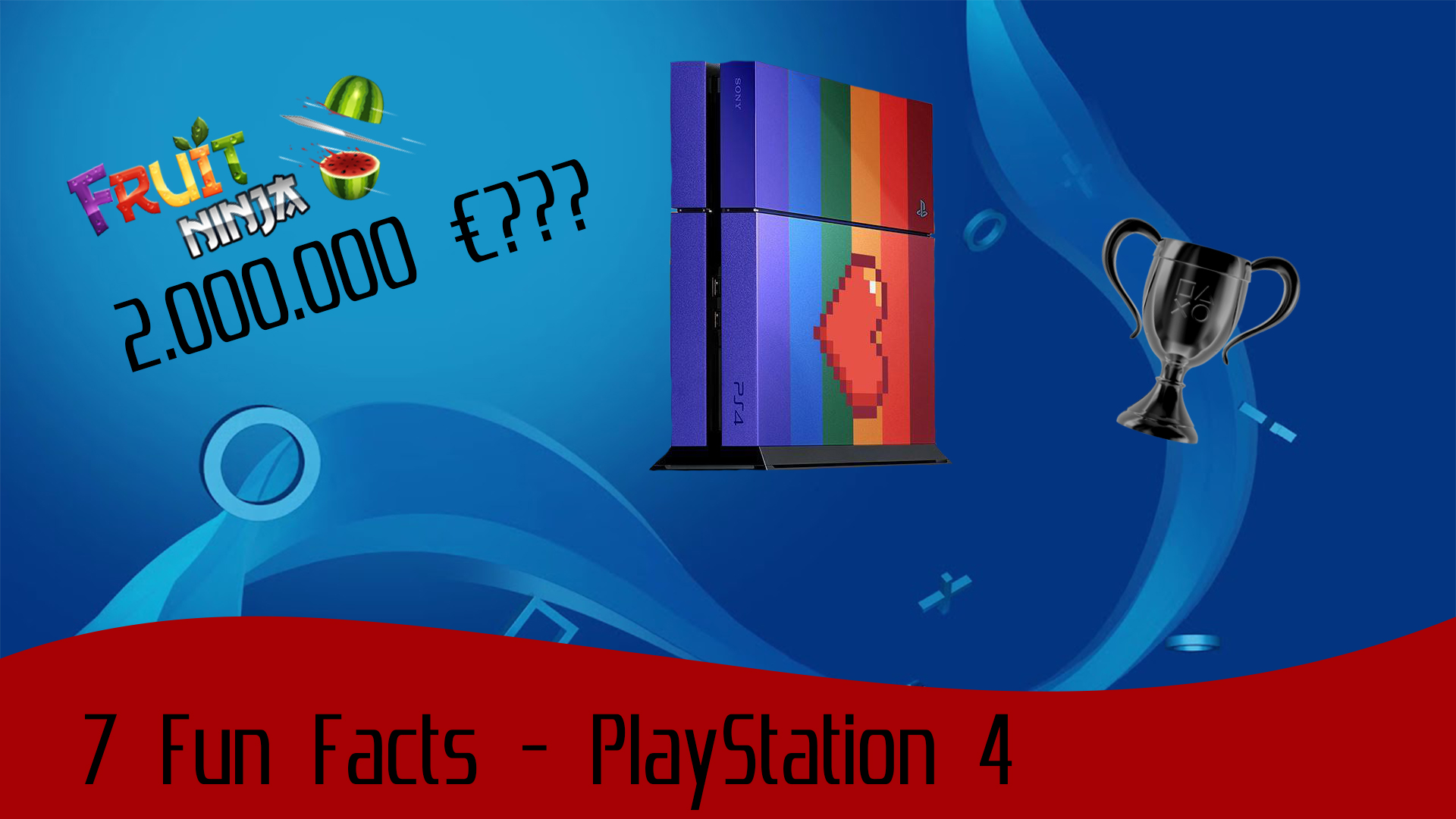 Story of its creation

According to lead architect Mark Cerny, development of the PlayStation 4 began as early as 2008. In designing the system, Sony worked with software developer Bungie, who offered their input on the controller. Then in 2012, Sony began shipping development kits to game developers. This had a modified PC running the AMD Accelerated Processing Unit chipset also known as “Orbis”. In early 2013, Sony said that it would have announced its console during the PlayStation Meeting held in New York City, on February 20, 2013. The PlayStation 4 is an eighth-generation console developed by Sony it was announced as the successor to the PlayStation 3 in February 2013 and it was launched on November 15 in North America, November 29 in Europe, South America and Australia, and on February 22, 2014, in Japan. It competes on the digital market with the Xbox One, the Wii U and Switch.

In order to celebrate the Stockholm Pride Festival, on the 2nd August 2017 the Swedish retailer WebHallen auctioned a particular model of the PlayStation 4, which is painted with rainbow colors and a red, pixelated heart on it. This type of edition was a project to sustain LGBT and RFSL rights, and it was sold for 28.300 Swedish kroner which sum correspond with about 4.105 American dollars and 1.400 euros.

There are many versions of the console: PlayStation 4, PlayStation 4 Slim and PlayStation 4 Pro. This console’s types have some differences between each other:
– The PlayStation 4 is the first model released;
– A PlayStation 4 Slim is thinner and lighter than the previous one and with some hardware improvements;
– and PlayStation 4 Pro is the most powerful version which allows you to play games in 4K quality.
For every console, Sony made some limited editions that every collector would like to buy, but some of them are hard to find. Let’s take a look and give some examples:
1) PlayStation 4, 20th Anniversary Edition: this type of console sums up the original design but it was a tribute to anyone who knew the first Sony console and who couldn’t get it because it was too young: the beloved PlayStation 1.

2) 500 Million PlayStation 4 Pro: it was dedicated to the sale of over 500 million PlayStation consoles since the original debut. What we have here is a translucent blue PS4 Pro. The tint on it is a bit high so you’ll probably need a fair bit of light shone on the thing to get a good look at its internal bits, but it’s a pretty cool look.

4) PlayStation 4 Slim Gold: This is one of four consoles on this list not associated with any particular event. The golden PlayStation 4 Slim goes for a look of sheer elegance. It’s not actual gold, mind you, but the shade used by Sony throughout the console and its controller is just stunning. Put this one beneath an OLED TV to really pull off that rich living room effect.

In Nice, France: a 19teen-year-old french guy named Adel managed to buy a PlayStation 4 console paying only 9 euros. How was it possible? Simple: he weighed his console as it was fruit or vegetable in a supermarket! After paying at an automatic checkout, he sold it for 100 euros. He even tried to do it again the day after. This time, the police caught him red-handed and arrested him and he had to stay in prison for 4 months before being set free again. So don’t replicate it!

4. HDMI included, well but not so well as expected…

The PlayStation 4 is the only first Sony console sold with an HDMI included in the package. However, in the first models of the PlayStation 4, the HDMI port caused some issues to the console and with the HDMI cable inserted, it used to switch off the image and lighting up some blue lights while playing.
Sony declared that this problem was afflicted with only 4% of the consoles. It was fixed later on with an improvement of the HDMI system.

5. The first blow is half a battle… Maybe.

On the launch of the PlayStation 4, There where a total of 28 games available. But most of them were only remastered versions of the PlayStation 3 games with graphics improvements and complete editions with all the DLC’s.
Anyway, the most sold game in all over the world at the moment for PlayStation 4 is Grand Theft Auto V.

A Redditor by the name of RockyBalbubba posted an admission on the PlayStation Reddit page, and it sent the community into meltdown mode.

The post made its way on the official FaceBook page of PlayStation UK as well. The big community began to spread other secrets (or not) features that the PlayStation 4 has.
But this specific feature is older than you think: it was introduced with the update 4.00 (codename Shingen) on 13th September of 2016 but people forgot about it until now.

In early 2019, Sony has received a 2 million euro fine by the Italian Antitrust for unfair business practices. Why? Because of the lack of information on a relevant product feature. The need to subscribe to the PlayStation Plus service in order to play online multiplayer with the PlayStation 4 console and its games. Little details which cost a lot.