7 Fun Facts about the PlayStation 3 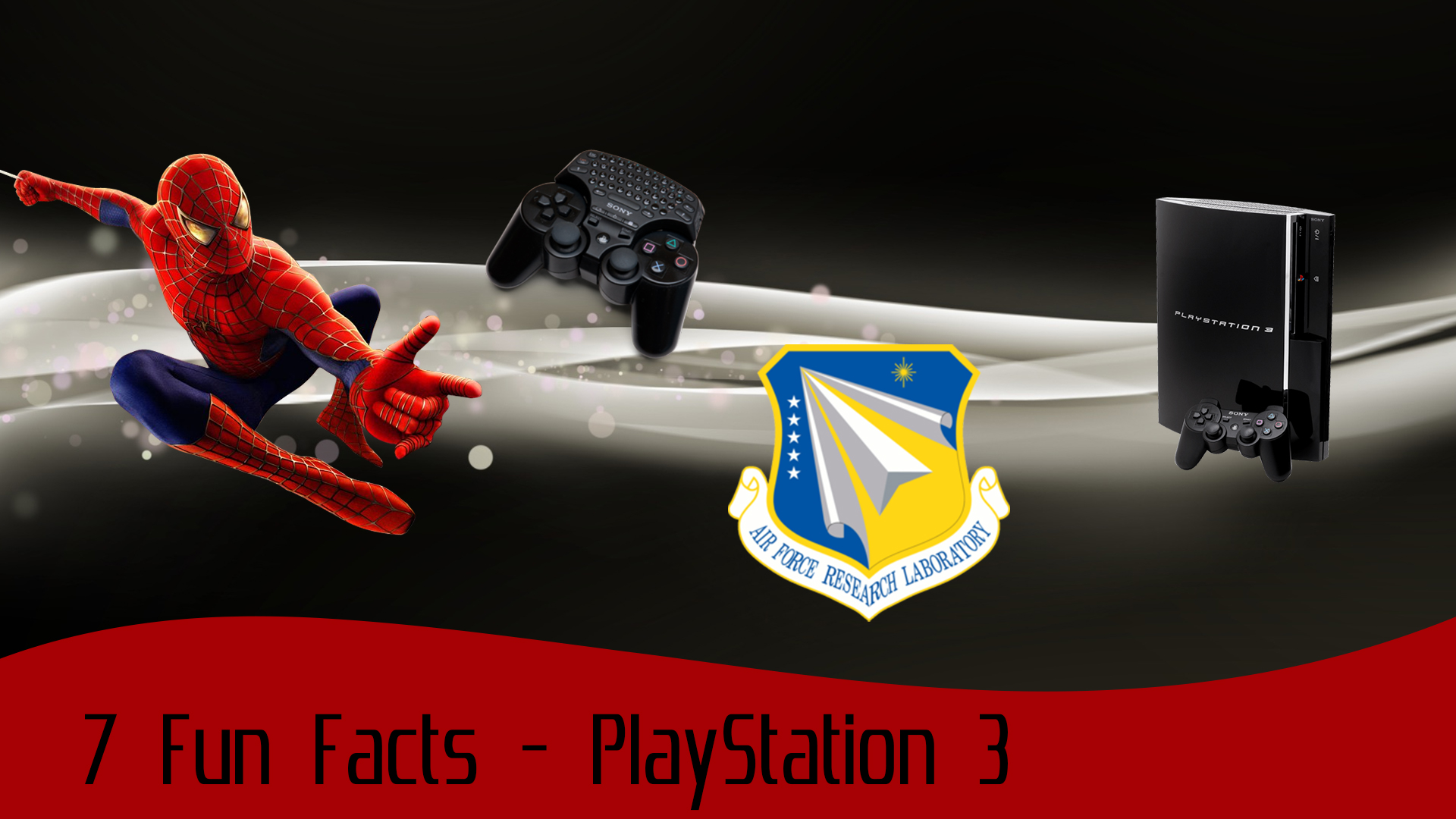 The story of its creation

The PlayStation 3 was first officially announced at E3 2005 and released at the end of 2006 in Japan and America and at the beginning of 2007 in Europe and Australia. It is a seventh generation console and competed against Xbox 360 and Nintendo Wii. The console was the first PlayStation to integrate social gaming services, including the PSN, the first to be controllable from a handheld console, through its remote connectivity with PSP and PlayStation Vita and the first one to use Blu-ray Disc as its primary storage medium.
At the beginning of its life, it had a hard life due to its high price, complex processor architecture and a lack of quality games, but was praised for its Blu-ray capabilities. This slow and not really good start got better with the release of the slim version of the PlayStation 3.

Here are 7 fun facts and curiosities about Sony and the PlayStation:

When Sony released the PlayStation 3, there were only 14 titles in North America, with another three being released before the end of 2006, 23 titles in Europe The top seller as a launch game in the first week was Resistance: Fall of Man while in Japan the top seller was Ridge Racer 7.
Some games as The Elder Scroll: Oblivion, F.E.A.R and Sonic The Hedgehog, missed the window launch and they were released later on 2007.

2. …but with the same issues as always

Here we are again for the third time… A lot of gamers complained about the fragility of the console. In fact, in the first consoles, the outer panel was made in plastic and it was really weak and flexible.
There were also other issues like the yellow light of death (YLoD) caused by the cracking of the lead-free solder used on the CPU and GPU due to thermal fluctuations. Sony claimed that approximately 0.5% of consoles were reported as showing the YLoD.
Another issue which caused the gamers to not be able to sign in into the PSN and use all the online functions that PlayStation 3 has given to them, was the leap year bug which was caused by a mistake in the PlayStation’s clock so the non-existent February 29, 2010, was shown on March 1, 2010 causing a date error.

There are a lot of versions of the PlayStation 3 console: The PS3 Fat, which was the first version released by Sony; the PS3 Slim, which was little but more performing than the Fat one; the PS3 Super Slim, which was the last version, lighter and more little than its predecessors.
There are some limited editions too which are dedicated to some videogames series, like the PlayStation 3 Gun Grey dedicated to Metal Gear Solid (North America and Japan Exclusive) or the PlayStation 3 Slim: Final Fantasy XIII Lightning Edition, but there are some fan-made editions which are expensive and really rare like the PlayStation 3: computer choppers entirely gold 24K coated and with customizable logos and writings with diamonds and gems.

The prototype of the PlayStation 3 controller, due to its form, was called “banana” or “boomerang”, but Sony never gave it a real name and luckily it replaced the prototype with the actual controller. The “Sixaxis Wireless Controller” was the official wireless controller for the PlayStation 3. Its design is an evolution of the DualShock 2 controller, retaining its pressure-sensitive buttons, layout and basic shape and it also does not feature vibration motors. However, it is a Bluetooth wireless controller with the possibility to be attached to the console via USB in order to recharge it.

It also had an official charging stand for PlayStation 3 controllers capable of charging two controllers simultaneously and an attachable keyboard in order to “ease” the writing inputs.

There are a lot of accessories such as driving kits (steering wheel, pedals and shift) in order to improve your experience with all the racing games or gun controllers for your FPS games.
you also had the PlayStation Move controller and the PlayStation Eye. they used it to involve the player and transform him into the character of the videogame he’s playing.

At the beginning the PlayStation 3 was sold underpriced even if it cost a lot of money (599$) because its initial production cost was estimated to 805.85$ for the 20 GB model and 840.35$ for the 60 GB model meaning that units may have been sold at an estimated loss of $306 or $241 depending on model. However, Sony drastically reduced manufacture costs. In fact, as of January 2008, each unit cost around 400$ to manufacture; by August 2009, the cost decreased until 240$ per unit.
Until June 2010, Sony lost 18$ for every sold console.

6. Wait… Where I have seen these writings already?

Since the console launch in 2006 until the official announcement of the new slimmer version, the PlayStation 3 logo has been written in the same font used for the Spider-Man movies produced by Sony Pictures. The logo changed when the PlayStation 3 slim version was released and this changing was made in order to get a restart like it was a new console and try this way to increase the so far limited takings.

7. PlayStation 3 at its best

In November 2010 the Air Force Research Laboratory created a powerful supercomputer: the “Condor Cluster,”.
It was made by connecting 1,760 Sony PlayStation 3s which include 168 separate graphical processing units and 84 coordinating servers in a parallel array. This supercomputer is capable of performing 500 TFLOPS and it was the 33rd largest supercomputer in the world.