DEX.EXEYour Source For Games
HomeArticles5 Games Based On Anime That You Need To Play
ArticlesGames to play 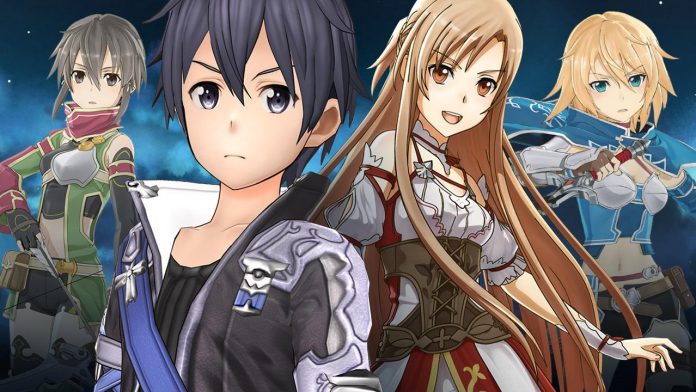 To celebrate the launch of DEX.ANIME we are going to talk a little bit about some games that originated from anime! So why don’t we take a look at 5 games that are based on anime that you need to play? We have also made an opposite article “5 Anime Based On Games You Need To Watch” on DEX.ANIME. So if you are looking to watch an anime based on a game, be sure to check that out as well.

Have you ever wanted to test one of these games? Why don’t you check out some job as a game tester on Jooble? They got some great jobs on there for companies like Epic Games, 2K, Ubisoft, Gameloft, and more!

I think everyone has heard about My Hero Academia at some point over the recent years or has seen some image or cosplay somewhere, so an introduction might not be needed. But My Hero Academia is about (as the name implies) a superhero academy! The game itself is a fighting game that lets you pull off some cool moves on your opponents and over 40 heroes and villains to play as and a story that covers a bit of season 2 and season 3 of the anime.

Naruto Shippuden is just like My Hero One’s Justice another fighter (a lot of anime games fighters) with over 60 characters of the Naruto universe and a great combat system. The story is pretty cool but the adventure mode tells the story of some key events of the anime but can be skipped.

Over its 20 year-long run One Piece has had a ton of games, not all of them are as good but there still is something for a few types of gamers. There is a fighter, a “warrior” type game, and some open-world ones. And I personally really like some open-world stuff, and for one piece this is no exception. you can explore some cool worlds and battle the marines in plenty of ways and follow some good stories and One Piece: Unlimited World Red (Deluxe Edition) would be the best of these open-world games.

Sword Art Online: Hollow Realization is a more RPG/MMO type game with a ton of enemies to battle and random events to complete. With a lot of things to explore in the game, I would for sure say that this is one of the better anime games currently available. The game is a few years old (just like most of these games listed), it is released for the switched a few years after as well to play on the go!

Another fighter! But this is really one of the holy grails of anime games and even fighters. With an extensive roster that is still getting new fighters added as the time of writing 4 years after launch, the game just keeps giving you a ton of fun and so much characters to learn to play. The story is not really needed to play, but for fans of the Dragon Ball, the story of Dragon Ball FighterZ can be a ton of fun.

Those were the 5 anime games that we recommend you should play! Now that DEX.ANIME has launched we will be posting more anime game articles here as well, so if you like anime, please check out our new site!