DEX.EXEYour Source For Games
HomeArticles15 facts you may don't know about pokemon
ArticlesFacts

15 facts you may don’t know about pokemon 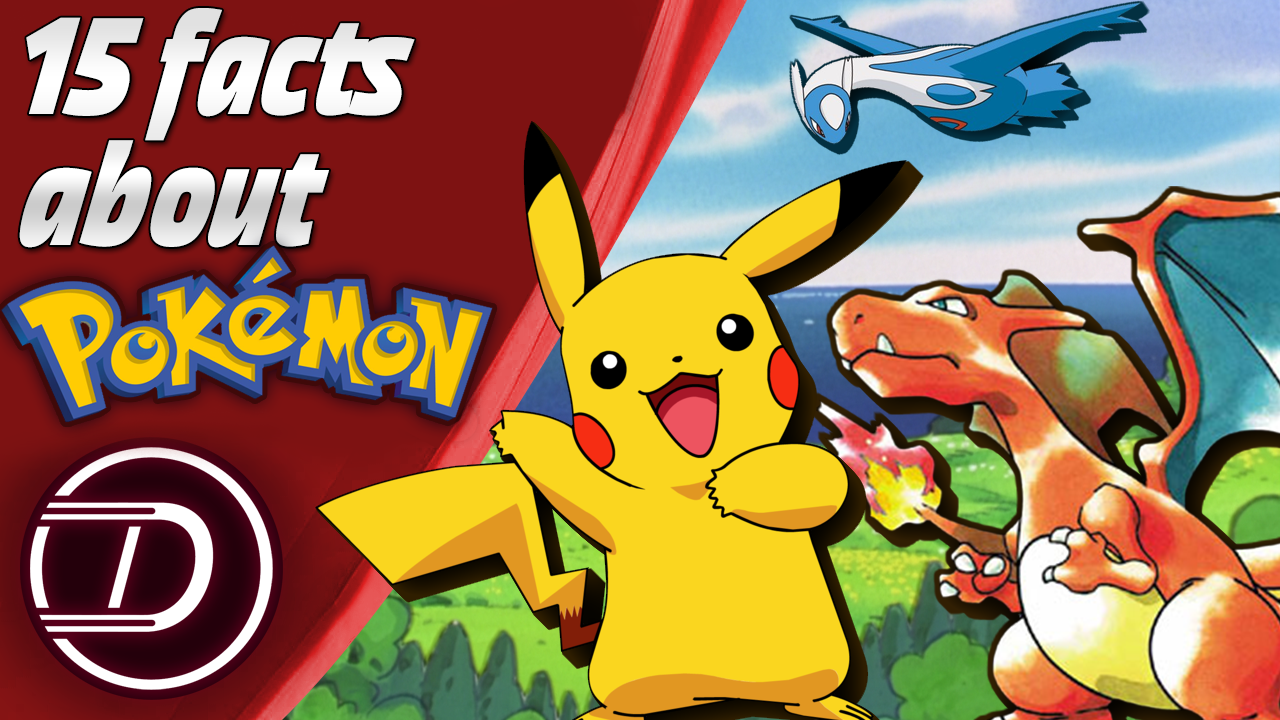 The release of the new two Pokémon games, Shield and Sword versions, is finally here. If you are a Nintendo or Pokémon fan, you are for sure electrified as a Pikachu, so why not to discover something more about this amazing world?
Prepare yourself and be ready to catch them all again while reading 15 facts about Pokémon.

The first generation of videogames is the only one which has as a mascotte on its cartridge: the starters’ last evolutions (Charizard on Pokémon Red Version, Blastoise on Pokémon Blue Version, Venusaur on Pokémon Green Version) and Pikachu on Pokémon Yellow Version.
All the following videogames’ generations have got the legendary Pokémons on their covers.

In pokémon gold and silver beta versions, originally named “pokémon 2: gold/silver”, there were the skateboard and the bike as available vehicles. The skateboard has been removed in the original version of the game because of the issues it caused at the character movements. Moreover, Togepi can be found as a wild pokémon in the high grass instead through egg hatching; in fact, the idea of the pokémon eggs was not included at the beginning and if you look at the image posted below, you will find some sprites of Pokémon which are totally different from the original ones. That’s because some of them have never seen the light and others are included in the following generations. Source: Bulbapedia

In Pokémon Diamond/Pearl version, you can see your obtained badges inside your trainer card, nothing special… But if you click on a badge it reproduces a note which can be higher if you polish the badge first by rubbing on it with your stylus.

Niue is a little island located in the Pacific Ocean which has got as currency the New Zealand dollar. Despite it’s a little island, it became very famous because of their collectible limited edition coins. In fact, they release some coins which represent their love of the pop-culture (Flinstones, Star Wars, Doctor Who collectible coins etc). In fact, in 2001, they added a Pikachu, Bulbasaur, Charmander, Squirtle, or Meowth on the back of the NZ$1 coin featuring the Niue Coat of Arms on the front.

Did you know how many Pokémon games have been released from 1996 to today? They’re 31 (33 if you count Sword and Shield too), and every game has a different type of Pokédex, which shape takes inspiration from the console through which you are playing your game.

In Pokémon Alpha Sapphire and Omega Ruby, in Mossdeep City, you can find a house with an old man inside. In front of you, there’s a locked door but, by using some QR codes, you’ll have the possibility to enter the Game Freak’s team secret base and to fight with Junichi Masuda, Shigeru Ohmori and Shigeki Morimoto. If you need these QR codes, just watch this image, scan them and good luck!

In 1996 in Japan, Pokémon Red Version and Pokémon Green Version were launched on the market. In these versions, the name of the main character is Red, while the name of his enemy is Green. But there are some optional names: Red could be Satoshi, while Green could be Shigeru. These names are not random: in fact, Satoshi refers to Satoshi Tajiri (the Game Freak’s Director who invented Pokémon) and Shigeru refers to Shigeru Miyamoto (one of the most famous designers and creators of Nintendo. Through this dedication, Tajiri wanted to celebrate his partnership with Miyamoto because they collaborated together to release Pokémon Games.

11. Art and Pokémon fused together

This is pure speculation but is it worth mentioning that Bellsprout’s design may have been partially based on Rene Magritte’s surreal painting “ Les Droits de l’Homme ”. In fact, the head of the Pokémon is literally a copy of the above part of this strange picture. You don’t believe me? Take a look at it by Yourself:

12. Magikarp, an underestimated pokémon with a legend on his back

Gyarados is based on a Japanese legend: if a carp (Magikarp, Gyarados’ pre-evolution, is a carp) manage to go up to the dragon portal, a hidden place upon a waterfall, as a reward it will be transformed into a dragon. However, Gyarados is not a dragon type, but a water/flying one even if it can just learn a few moves of the flying type.

Munna is a fifth-generation Pokémon, but it was spoiled earlier in the red/blue versions which were released in 1998. How is that possible? When you reach the Rock Tunnel you can find a girl outside who tells you that inside there are a lot of Pokémons and a peculiar pink with flowers one. In the first generation, there is no Pokémon which are like this description but 15 years later, Munna appeared.
Another early-revealed one, was Ho-oh, a 2nd generation legendary Pokémon. In fact, it was leaked on the first episode of the Indigo League saga “Pokémon, I choose you!” in 1997 but it was announced three years later with the Gold/Silver versions of the game. During the episode, Ash tries to scan it with his Pokédex without any result because the saga was based on the 1st generation of Pokémon only.

Did you ever notice that every Professor’s name is inspired to plants and trees? In fact, Prof. Oak, Prof. Elm, Prof. Birch, Prof. Rowan Prof.ssa Aralia, Prof. Platan and Prof. Kukui are all plants.
Moreover, In 2016, Spencer K. Monckton, a Canadian entomologist, discovered a new bee species, which has been called Chilicola Charizard. So we can say that there’s a bee named as a Pokémon!

Mewtwo’s Birthday is on the 6th of February as it’s stated in one of the Pokémon Mansion journals found in the Pokémon Mansion in Cinnabar Island. The same journal implies it was cloned by a modified DNA of Mew, so we can say that Mewtwo is the first cloned Pokémon of the history. Even though, according to some confirmed theories, Ditto is a failed cloning experiment of Mew, the legendary pokémon. In fact, they have a lot in common: the color, the weight and the ability to learn the “transform” move which gives the opportunity to copy every move of the opposite pokémon during a fight.

That’s all for today, now you are ready to start another epic (we all hope so) adventure in the Galar region. As always, Gotta catch em’ all! (Even if it’s not possible…). Stay tuned on DEX.EXE to get new articles, guides and reviews about the videogames world!